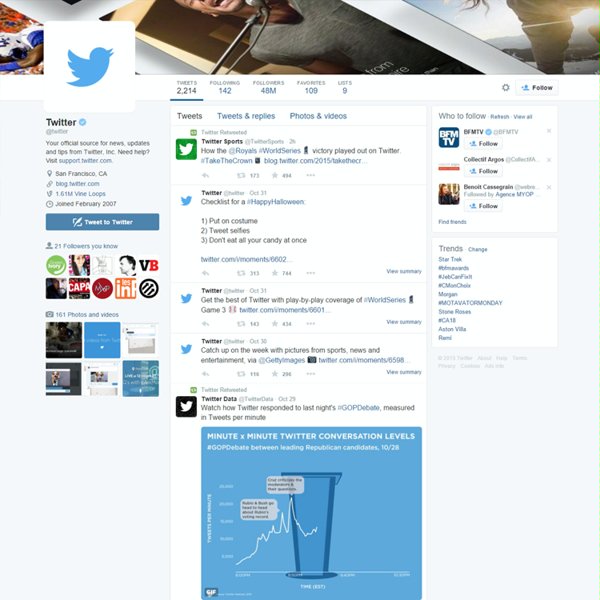 Active learning - Wikipedia Active learning is a teaching method that strives to more directly involve students in the learning process. The term active learning "was introduced by the English scholar R W Revans (1907–2003). Intercultural Assessment Project website coming soon!Levels: High school, universityLanguages: Korean and Spanish A national emphasis on high-stakes testing has fueled the development and expansion of proficiency assessments. The IPIC Assessment adds to this repertoire through the creation of a validated intercultural assessment to help determine students’ intercultural, pragmatic, and interactional competence in multilingual interactions. Utilizing digital simulations, the intercultural assessment guides students through three scenarios with varying power and social distance factors to generate a student profile based on four dimensions critical to competence in this area: knowledge, analytical abilities, subjectivity, and awareness. The three scenarios entail a peer-to-peer interaction, a service encounter between strangers, and a teacher-student or boss-employee interaction.

7 Ways to Inspire Divergent Thinking in the Classroom The world is unpredictable. The corporate ladder is now a maze, which means our students will need to think divergently. In this article, we explore how to integrate divergent thinking into our everyday classroom practices. If you enjoy this blog but you’d like to listen to it on the go, just click on the audio below or subscribe via iTunes/Apple Podcasts (ideal for iOS users) or Google Play and Stitcher (ideal for Android users). When I was a kid, my twin brother and I loved watching American Gladiators. You remember, Lace, Zap, Blaze, Ice, and all the other characters whose names either sounded like street drugs or onomatopoeia.

None of the world’s top industries would be profitable if they paid for the natural capital they use The notion of “externalities” has become familiar in environmental circles. It refers to costs imposed by businesses that are not paid for by those businesses. For instance, industrial processes can put pollutants in the air that increase public health costs, but the public, not the polluting businesses, picks up the tab. In this way, businesses privatize profits and publicize costs. While the notion is incredibly useful, especially in folding ecological concerns into economics, I’ve always had my reservations about it.

Sea level “jumps” 5 inches. Probably nothing to worry about Climate change is a disaster in slow-motion: The global temperature creeps up by fractions-of-a-degree each year, the seas rise inches every decade. Except, apparently, when they do much more. Exhibit A: In just two years, 2009 and 2010, sea levels along the Atlantic coast north of New York City jumped up by more than 5 inches, according to a paper published this week in the journal Nature Communications. That might not seem like much on its own, but consider that, according to the latest report from the Intergovernmental Panel on Climate Change, global sea levels are rising at a rate of less than a half an inch each year, and that’s causing all sorts of havoc. For a while now, climate models have projected incidents of “extreme sea-level rise,” when changes in ocean currents and weather patterns cause the oceans to claw their way quickly inland and swamp seaside communities — but this is the first time scientists have documented this actually happening.

The Padagogy Wheel V4.0 … the Next Generation We have just learned that the APPitic website has gone offline and will no longer be maintained. This means the majority of the links on Version 4.0 of the Padagogy Wheel no longer work. We have now released The Padagogy Wheel V4.1 ENGLISH Version with 126 Updated Apps now linked back to the Apple iTunes store. Also there are more activities in the Blooms Taxonomy and new teaching on “Getting the best use out of the Padagogy Wheel”. Stress and serious anxiety: how the new GCSE is affecting mental health On Monday morning, what may be the most dreaded and feared set of public exams England’s teenagers have ever sat began in school assembly halls up and down the country. It is 30 years since GCSEs (General Certificate for Secondary Education) were first introduced under Margaret Thatcher, replacing O-levels and CSEs. The new exam was designed to cover a broad spectrum of ability rather than dividing pupils between high achievers, who sat O-levels, and lower-ability students, who took CSEs. Now, three decades later, following claims of grade inflation and dumbing down, GCSEs have been revised and re-formed and a brand new set of exams is being rolled out.

Learning by teaching others is extremely effective – a new study tested a key reason why By Christian Jarrett The learning-by-teaching effect has been demonstrated in many studies. Students who spend time teaching what they’ve learned go on to show better understanding and knowledge retention than students who simply spend the same time re-studying.

This sobering map shows you all of America’s food deserts The USDA’s new Food Access Research Atlas is a map of all the places in the country where people live in food deserts — places where it’s difficult to access fresh food. There they are, above. (Click through to go to the interactive map.) The green spots are all the places that fit the traditional definition of food deserts: urban census tracts where a significant proportion of people live more than a mile away from a grocery store and rural tracts where they live more than 10 miles away. Sea levels are rising and they’re not going to stop, says NASA Global sea levels have risen by an average of three inches since 1992, the result of warming ocean temperatures and melting ice sheets and glaciers, according to new data released by a NASA panel yesterday. And the data suggest that we can look forward to a lot more sea level rise down the line. Reuters reports: In 2013, a United Nations panel predicted sea levels would rise from 1 to 3 feet (0.3 to 0.9 meters) by the end of the century. The new research shows that sea level rise most likely will be at the high end of that range, said University of Colorado geophysicist Steve Nerem.Sea levels are rising faster than they did 50 years ago and “it’s very likely to get worse in the future,” Nerem said.The changes are not uniform.

Don't Miss This Awesome Bloom's Taxonomy Wheel I will be virtually presenting next Friday in MORCE.net conference. My presentation will be on Blooms' Digital Taxonomy. This is one of the major topics of Educational Technology and Mobile Learning which I have profusely written on in previous posts. ''Tis the season for exam anxiety – but we need to remind our pupils that it's completely normal to feel stressed' If I were education secretary, exams would be severely minimised, if not abolished entirely. You see, exams don’t give an indication of much that matters. They don’t measure intelligence or progress, merely the ability to remember specific, fairly arbitrary information under timed conditions.

Designing a Public School From Scratch The offer sounded too good to pass up—a paid year off from teaching to create a new public school with a mission to “change the way we do school.” To 26-year teaching veteran Tom Downs and the others who applied, the sabbatical promised the opportunity to build the school they had always dreamed of, working alongside educators who shared a commitment to innovation. “I don’t know if I would have lasted much longer as a teacher if I stayed doing the same thing I was doing,” Downs reflected. “I need to feel like I’m doing something new, that I’m pushing to make some kind of difference.” Five teachers, including Downs, were accepted to be part of the task force to create Poway Unified School District’s 39th school, Design 39 Campus, from the ground up—using insights from schools around the nation, guidance from industry leaders, and input from a myriad of local residents.

Hi guys, please come check and join my pearltree @ mydarwintree, i collect info about innovation, evolution, organized like a real Darwin Tree! I have a blog presenting the concept: mydarwintree.com Hope to share with you! by mydarwintree Feb 6

how dare you... everybody LOVES instagram you bitch. JUST STOP COMMENTING ON MY STUFF... ok!!! by shannonallen Jan 29

what is your problem... nobody cares about instagram.. just back off you soddened cow!! by smexygal145 Jan 29

I thank everyone for contributing.I have no idea of whats going on..but canadian whiskey..kicks..1 up.Humble Quest pr by humblequestpr Jan 26

netiquette = a batch of common data between the useful social sites about you ... recommended do not contain any financial/banking or secretly used personal data ... by telaci Jan 19

What is a "flame" and what is "netiquette". I really have no idea what is happening here. Draw pictures if necessary. by rodparham Jan 7

18lebana I do not intend to initiate a "flame", however, let me tell you that you should learn what is a netiquette;) by fauzia_online Jan 7

This "Twitter" pearl is relly misterious. It comes out on my trees, has comments... but I don't know why and how. Funny :) by mcc43 Jul 31

Translating the comment by daniel: "A site for sharing information, statements, great to create communities that are interested in a particular subject, a great communication medium, the Web 2.0 at its best." by electronics Mar 12

I agree too! I love twitter. Only thing that makes it tricky is the 140 character limit. by joeykennedy Jan 10

Tell that to all those who get ignored everywhere, but have the best things to share or say & simply continue to get un-noticed for ages on end. This is what having money does or the lack thereof, it over shadows all, until people seize its opportune moment of infamy either by being force feed (comercialism) or by luck of the draw (lottery) & many quickly get exploited by its malicious design (fame) when the voltures arrive swooping in to feed (media) on what remains. It's hard to escape the Money pit, look at where the global state of the economy is at today. The truth hurts and I speak nothing other than such from uncut blood swet and tear experience. "Twitter Sucks!! & tell them I said it." Mostly because people are greedy and blood sucking all the space there, swearing they gonna get famous or noticed like the chosen few. Ex: If my name was Snoop Dogg or Tom Cruise, and I joined yesterday, today I would have 5,000,000 followers. Normal people get ignored compared to that. by cloudexplorer Dec 23

I like that you can follow people who you know will have interesting things to say and ignore the rest. by loremipsem Dec 23

I agree. If you do not find it useful. Don't use it. Otherwise it's a good way to connect with other teachers who are sharing their practice. by loremipsem Dec 22

I like positive energy, when you say negative things it goes into the universe like M theory and is apart of what surrounds us. edu_thompson you have the right attitude. Be positive, smart, don't lie, be kind, and never ever think you are better than someone else. It's the worst thing we have in us. Envy. by littletreegirl Dec 22