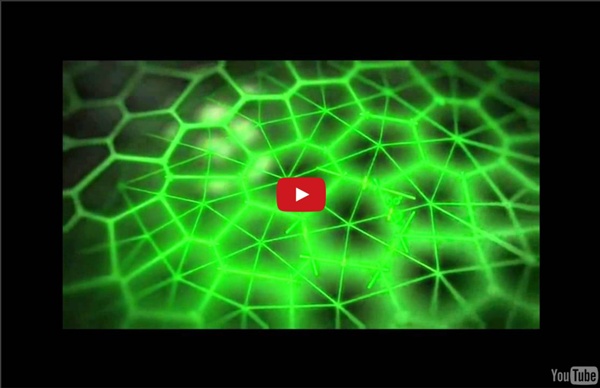 Ancient Knowledge Pt.6/3 - Lost History, Phoenicians, Alphabet, Symbology, Ashkenazi, Mythology Scientific evidence for survival of consciousness after death According to Wikipedia.org, "psychometry" is a psychic ability in which the user is able to relate details about the past condition of an object or area, usually by being in close contact with it. The user could allegedly, for example, give police precise details about a murder or other violent crime if they were at the crime scene or were holding the weapon used. About.com's Paranormal Phenomena website lists information about several of the most convincing psychometrists. Stefan Ossowiecki, a Russian-born psychic, is one of the most famous psychometrists. Ossowiecki claimed to be able to see people's auras and to move objects through psychokinesis. In later experiments, Ossowiecki performed remarkable psychometric feats with archeological objects - a kind of psychic archeology. Ossowiecki described his visions as being like a motion picture that he could watch, pause, rewind and fast-forward - like a videotape or DVD.

300 Links I once had more than 300 links here. It is too much work for me to try to keep them all up to date. So I have reduced the number to a modest few, which I have included below, in no particular order. www.labyrinthsociety.org The Labyrinth Society, international organization, forum, events, gatherings, membership information. www.labyrinthos.net Labyrinthos, Jeff and Kimerbly Saward, world's greatest expert on labyrinths, British labyrinth journal Caerdroia www.labyrinthlocator.com Enter your labyrinth, or find a labyrinth anywhere in the world. www.veriditas.net Veriditas: The Worldwide Labyrinth Project, the Reverend Dr. www.labyrinthsinstone.com Marty Kermeen, the world's greatest paver labyrinth maker. www.goldenspirit.com Chuck Hunner, labyrinths and jewelry. www.geomancy.org Mid-Atlantic Geomancy, Sig Lonegren, ezines, labyrinth information. www.gwydir.demon.co.uk/jo/maze/index.htm Jo Edkin's Maze Page, more than 60 illustrations of labyrinths www.labyrinthonline.com/ Labyrinth online

Edgar Cayce on the future By Kevin Williams Almost every day, several times a day, for more than forty years, Cayce would induce himself into an altered out-of-body state of consciousness and reveal profound information on various subjects such as health, dreams, meditation, religions, and reincarnation, to name a few. But it was the information that Cayce revealed about the future which he is probably most known for. He provided information about the history of humanity from the very beginning to a time in the future when humans will evolve into beings with supernatural powers. He described a new era of enlightenment and peace when divinity within humans would be manifested on the Earth. Cayce believed that these horrible future events could be averted if humanity changed its behavior. So, prophecy is never given for any other purpose than as a warning. 2. Cayce received many visions of the future and many of them have already come to pass. 1. 2. 3. 4. 5. He laid out the worldwide scope of the conflict: 6. 7.

Nassim Haramein - Sacred Geometry and Unified Fields Physicist Nassim Haramein presents new concepts explaining how we are all interconnected and can access infinite knowledge. “My brain is only a receiver. In the Universe there is a core from which we obtain knowledge, strength, inspiration. I have not penetrated into the secrets of this core, but I know it exists.” As early as 9 years old, Nassim was already developing the basis for a unified hyper-dimensional theory of matter and energy, which he eventually called the “Holofractographic Universe.” Nassim Haramein was born in Geneva, Switzerland in 1962. Combining this knowledge with a keen observation of the behavior of nature, he discovered a specific geometric array that he found to be fundamental to creation, and the foundation for his Unified Field Theory emerged. This groundbreaking theory has now been delivered to the scientific community through peer-reviewed papers and presentations at international physics conferences. In addition to his scientific papers, Mr. Related Posts

The revival of an ancient science At the other end of the scientific spectrum of contemporary science an ancient science is being restored. For ages it has been preserved carefully. It is more or less an art form and it is called ‘sacred geometry’. Why sacred, what is so sacred about geometry? Now why do we introduce sacred geometry in a book that is about contemporary and groundbreaking science? The archaic science of sacred geometry can be traced back to the Egyptian civilization but may well be a heritage from the civilisation of mythological Atlantis and we’ll provide sufficient clues in this book to sustain this claim. Surprisingly enough sacred geometry also shows up in many crop circles that have been appearing in the last two decades all over the world. What is far more interesting is that crop circles contain intelligent embedded geometry. It is now believed that the Egyptians applied sacred geometry in the construction of the Great Pyramid and many other monuments. It is called the genesis pattern. Torus Torus