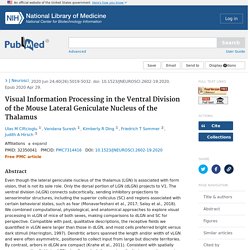 Only the dorsal portion of LGN (dLGN) projects to V1. The ventral division (vLGN) connects subcortically, sending inhibitory projections to sensorimotor structures, including the superior colliculus (SC) and regions associated with certain behavioral states, such as fear (Monavarfeshani et al., 2017; Salay et al., 2018). We combined computational, physiological, and anatomical approaches to explore visual processing in vLGN of mice of both sexes, making comparisons to dLGN and SC for perspective. Compatible with past, qualitative descriptions, the receptive fields we quantified in vLGN were larger than those in dLGN, and most cells preferred bright versus dark stimuli (Harrington, 1997). Dendritic arbors spanned the length and/or width of vLGN and were often asymmetric, positioned to collect input from large but discrete territories.

Information processing in the LGN: a comparison of neural codes and cell types. To understand how anatomy and physiology allow an organism to perform its function, it is important to know how information that is transmitted by spikes in the brain is received and encoded. 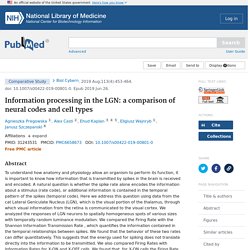 Parallax effect causes difference in speed perception depending on the depth view : confusing_perspective. Neuroscience study finds 'hidden' thoughts in visual part of brain. How much control do you have over your thoughts? 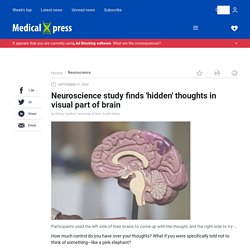 What if you were specifically told not to think of something—like a pink elephant? A recent study led by UNSW psychologists has mapped what happens in the brain when a person tries to suppress a thought. The neuroscientists managed to 'decode' the complex brain activity using functional brain imaging (called fMRI) and an imaging algorithm. Neuroanatomy, Visual Cortex - StatPearls - NCBI Bookshelf. Neuroscientists rethink how the brain recognizes faces : Nature News & Comment. Solvin Zanki/naturepl.com Monkeys can recognize faces thanks to a suite of neurons that identify particular facial features. 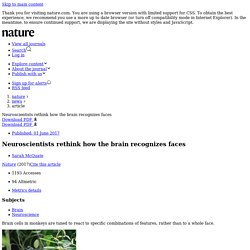 People can pick a familiar face out of a crowd without thinking too much about it. But how the brain actually does this has eluded researchers for years. Now, a study shows that rhesus macaque monkeys rely on the coordination of a group of hundreds of neurons that pay attention to certain sets of physical features to recognize a face. The findings, published on 1 June in Cell1, clarify an issue that has been the subject of multiple theories but no satisfying explanations. “The real cartoon view has been that individual cells are dedicated to respond to individual people,” says David Leopold, a neuroscientist at the US National Institute of Mental Health in Bethesda, Maryland. The latest results show that each neuron associated with facial recognition, called a face cell, pays attention to specific ranked combinations of facial features.

A leap forward. Scientists map brains of the blind to solve mysteries of human brain specialization. The accepted view in previous decades was that the brain is divided into distinct regions mainly by the sensory input that activates them, such as the visual cortex for sight and the auditory cortex for sound. 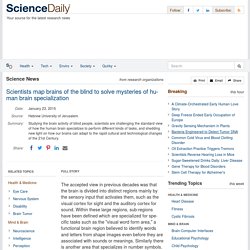 Within these large regions, sub-regions have been defined which are specialized for specific tasks such as the "visual word form area," a functional brain region believed to identify words and letters from shape images even before they are associated with sounds or meanings. Similarly there is another area that specializes in number symbols. Now, a series of studies at the Hebrew University's Amedi Lab for Brain and Multisensory Research challenges this view using unique tools known as Sensory Substitution Devices (SSDs).

Sensory Substitution Devices take information from one sense and present it in another, for example enabling blind people to "see" by using other senses such as touching or hearing. Blog for the neurosciences graduate program at UCSD. How does a memory come to be With so many synapses in a dendritic tree? 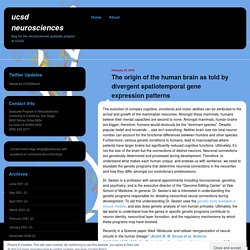 With umpteen connections betwixt cells, How does a nucleus come to tell When and which genes transcribed will be Sufficient to mediate plasticity? The Martin Lab at UCLA Believes that they have found a way. When transmitter binding allows calcium in A protein is released on a dendritic swim CRTC is the instigator: CREB-regulated transcriptional coactivator. In pancreatic β islet cells it was first described How CRTC ensures CREB’s targets are transcribed:Phosphorylated and bound to protein 14-3-3 CRTC remains cytoplasmically Until calcinuerin dephosphorylates And into the nucleus it translocates. Now it’s hippocampal neurons, the excitatory kind, That the Martin team has come to find That in TTX, with activity nixed: In the PSD, CRTC1 remains transfixed. 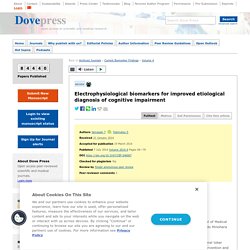 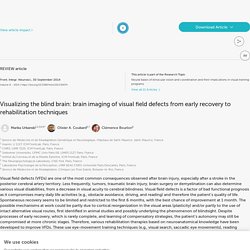 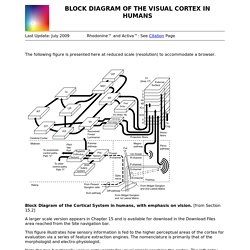 Block Diagram of the Cortical System in humans, with emphasis on vision. [from Section 15.2] A larger scale version appears in Chapter 15 and is available for download in the Download Files area reached from the Site navigation bar. The British Journal of Psychology. How birds use their eyes: Opposite left-right specialization for the lateral and frontal visual hemifield in the domestic chick. Open Archive Abstract Recent evidence has demonstrated that, in animals with laterally placed eyes, functional cerebral asymmetry is revealed by preferential use of either the left or right eye in a range of behaviors (birds: 1, 2 and 3; fish: 4 and 5; reptiles: 6 and 7). 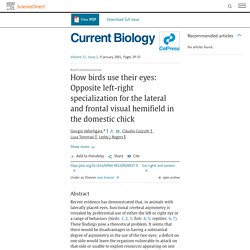 These findings pose a theoretical problem. It seems that there would be disadvantages in having a substantial degree of asymmetry in the use of the two eyes; a deficit on one side would leave the organism vulnerable to attack on that side or unable to exploit resources appearing on one side. We here report a possible solution to the problem. Results and discussion. Reciprocal organization of the cerebral hemispheres. RSA Animate - The Divided Brain.

GetSharedSiteSession?rc=1&redirect= Figure 1 Schematic representation of a chick's use of the frontal or lateral field of vision before pecking (α indicates the angle used to peck at the target in this case) The British Journal of Psychology. Cortex. Just some sublime animated body horror. Visual Processing: Cortical Pathways (Section 2, Chapter 15. The visual system is unique as much of visual processing occurs outside the brain within the retina of the eye. Instructions.PDF - grillspector_occipitallobe.pdf. PS 1061 lecture 2. PS1061: Sensation and Perception 2014 Term 2, Thursday 11 am-1 pm (Boiler House) Lecture 2: Learning to Read the Neural Code Lecturer: Szonya Durant, Szonya.Durant@rhul.ac.uk, (Room W 245) Lecture Topics.

Eye, Brain, and Vision. Ocular-dominance columns. You see the result in the photographs above. In a very pretty extension of the same idea, Roger Tootell, in Russel De Valois's laboratory at Berkeley, had an animal look with one eye at a large pattern of concentric circles and rays, shown in the top image of the figure on the next page. Eye, Brain, and Vision. The overlap and blurring of ocular-dominance columns beyond layer 4 is due to horizontal or diagonal connections. VARIATIONS IN COMPLEXITY As we would expect, cells near the input end of the cortex, in layer 4, show less complicated behavior than cells near the output. In the monkey, as noted in this chapter, cells in layer 4C Bata, which receive input from the upper four (parvocellular) geniculate layers, all seem to have center-surround properties, without orientation selectivity. In layer 4C alpha, whose input is from the ventral (magnocellular) pair of geniculate layers, some cells have centersurround fields, but others seem to be orientation-specific, with simple receptive fields.

Reconstructing visual experiences from brain activity evoked by natural movies - GallantLabUCB. Video Reconstruction of Visual Memory. Ever dreamed of recording your dreams and turning them into a video clip? The technology that enables you to do that is near: UC Berkeley scientists figured out a way to turn the way our brains interpret visual stimuli into a video, and the result is amazing. To be able to do this, the researches used functional Magnetic Resonance Imaging (fMRI) to measure the blood flow through brain's visual cortex.