Research: Women Score Higher Than Men in Most Leadership Skills. Executive Summary Recently updated research shows that women in leadership positions are perceived as being every bit as effective as men. 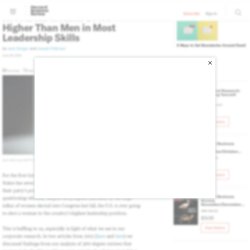 In an analysis of thousands of 360-degree assessments, women were rated as excelling in taking initiative, acting with resilience, practicing self-development, driving for results, and displaying high integrity and honesty. In fact, they were thought to be more effective in 84% of the competencies that we most frequently measure. Men were rated as being better on two capabilities: “develops strategic perspective” and “technical or professional expertise.” However, a different analysis of the same data showed that when women are asked to assess themselves, they are not as generous in their ratings. For the first time in history, a major political party in the United States has several women who have declared their candidacy to be their party’s presidential nominee.

Phases within a mentoring relationship. Leaders Mentoring Guidance Contract. Using the CLEAR model to structure your mentoring sessions. How to Structure a mentoring session. Degrees of separation: companies shed degree requirements to promote merit over qualifications. At the end of 2016, the Australian Bureau of Statistics (ABS) revealed that close to two-thirds of all Australians had completed a degree or apprenticeship. 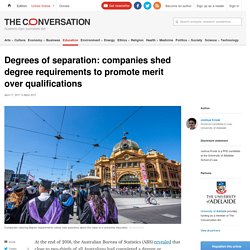 The growth in the number of people attending a university or TAFE has risen out of a cyclical demand-driven system called “academic inflation”. Think supply and demand. If an employer can hire someone with a degree or someone without, they’ll hire the person with a degree because they are seen as the superior candidate. This puts pressure on everyone to get degrees. But once everyone has one, the value of having a degree goes down. A couple of decades ago, a high school diploma was sufficient to get a job in journalism or business. Where a bachelor’s degree was sufficient to get a job in research, now a master’s degree is required. The number of people gaining master’s degrees has doubled from the early 1980s to the late 2000s. What matters in both this and the broader debate is a refocus on ability over credentials. 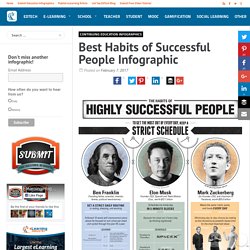 In fact, a lifelong love of learning is one of the things that binds highly successful people together- Bill Gates makes the time to read 50 books per year, while Warren Buffett spends 80% of his waking hours reading. Physical fitness is a lot more important to long term success than you might think, as well. Your body shapes who you are ted talk. Department of Education and Training - Document library, Australian Government. Department of Education and Training. Latest News - MySkills. Evocities - Regional Relocation NSW. Theconversation. In the lead up to the 2014 election, the then opposition leader Tony Abbott pledged that universities would be subject to “masterly inactivity” if the Coalition won the election. 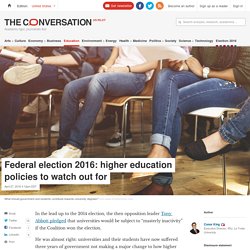 He was almost right: universities and their students have now suffered three years of government not making a major change to how higher education is resourced. Higher education needs certainty for the future, with clarity for the coming decade about the balance of government and student investment. The 2016 election is likely to feature two distinct approaches to how to resolve universities’ revenue pressure to deliver the teaching and research expected of them. The Coalition’s approach The Coalition’s policy preference is clear: contain government expenditure over time;use flexible student charges to ensure universities have the needed resources;extend the system to all higher education providers aligning funding and quality regulation systems. 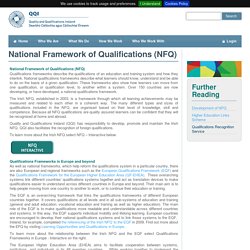 Quality and Qualifications Ireland (QQI) has responsibility to develop, promote and maintain the Irish NFQ. To learn more about the Irish NFQ select NFQ – Interactive below. Qualifications Frameworks in Europe and beyond The EHEA now includes the concept of a qualifications framework with an emphasis on learning outcomes. Skills and training. Developing your skills and the skills of your employees can help to keep your business competitive. 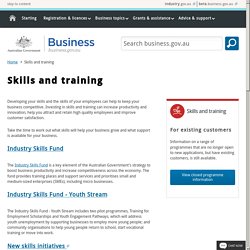 Investing in skills and training can increase productivity and innovation, help you attract and retain high quality employees and improve customer satisfaction. Take the time to work out what skills will help your business grow and what support is available for your business. Industry Skills Fund The Industry Skills Fund is a key element of the Australian Government’s strategy to boost business productivity and increase competitiveness across the economy. The fund provides training places and support services and prioritises small and medium-sized enterprises (SMEs), including micro businesses. Industry Skills Fund - Youth Stream. Our Department. The Department leads the delivery of education and development services to children, young people and adults both directly through government schools and indirectly through the regulation and funding of early childhood services, non-government schools and training programs. 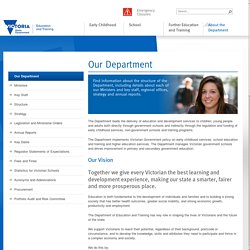