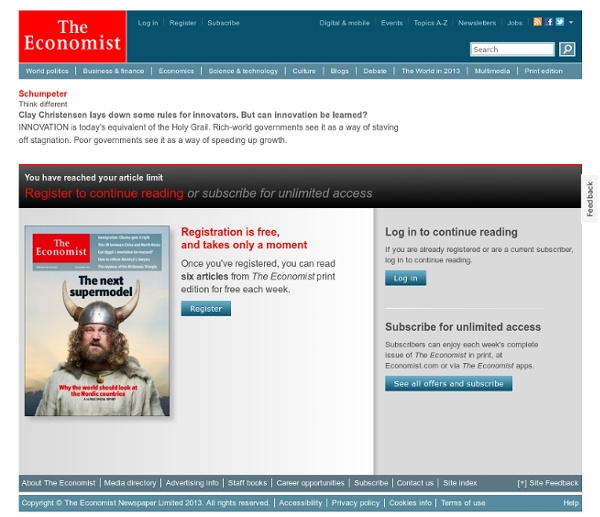 Nine Steps for Creating and Maintaining Team Ownership of Ideas and Goals As a leader you know results and productivity are higher when people are committed to their work. You also know higher levels of commitment or engagement also increase job satisfaction, safety performance and focus while reducing on-the-job stress and turnover. Commitment, engagement or buy-in – whatever you want to call – it’s a good thing. One sure-fire way to increase all those things is for people to feel ownership of something. When people feel ownership for problem solving, ownership of the ideas created in a meeting or ownership in their personal or organizational goals they are working towards greater success will occur. The question you might ask is how do you do that? It is an important question, and I’m glad you asked. The Nine Steps Be genuine. Will these nine steps guarantee that your team will feel 100% ownership and commitment to what is said? Unfortunately, no. Think about a situation, big and complex or even simpler and safer, where you can apply these ideas.

A Bias against 'Quirky'? Why Creative People Can Lose Out on Leadership Positions Creativity is good — and more critical than ever in business. So why do so many once-creative companies get bogged down over time, with continuous innovation the exception and not the norm? Wharton management professor Jennifer Mueller and colleagues from Cornell University and the Indian School of Business have gained critical insight into why. In a paper titled, “Recognizing Creative Leadership: Can Creative Idea Expression Negatively Relate to Perceptions of Leadership Potential?” to be published in the March 2011 issue of the Journal of Experimental Social Psychology, Mueller and co-authors Jack A. That reality should be of concern to those who sit in corporate boardrooms around the globe. But understanding the need for creativity within a large company is not the same as actually fostering it. The group found a significant correlation between being creative and being seen as poor management material. ‘Idea Pitcher’ vs. That finding was borne out in a second study.

It’s Always Done This Way 6Share Synopsis Make it a habit to challenge the assumptions you make. Here is an easy exercise that must be done in your head only. Do not use paper and pencil or a calculator. Try to add up the following numbers as quickly as you can. Our confidence in our ability to add according to the way we were taught in base ten encourages us to process the information this way and jump to a conclusion. In 1968, the Swiss dominated the watch industry. When Univac invented the computer, they refused to talk to business people who inquired about it, because the computer was invented for scientists they assumed it had no business applications. When Fred Smith started Federal Express, virtually every delivery expert in the U.S., doomed his enterprise to failure. Chester Carlson invented xerography in 1938. They started with a cage containing five monkeys. Now, the psychologists shut off the cold water, removed one monkey from the cage and replaced it with a new one.

Defining Quality I loaded up a U-Haul trailer with what I considered to be high-quality designs: a Danish Modern dining set; a long, teak credenza; and, the fun surprise of the haul, a Packard Bell Stereophonic HiFi console. It wasn’t until I got these pieces home and, with some awkwardness, attempted to bring them into harmony with my existing belongings, that I began to wonder why I was so into this stuff. Why was it my default position—and that of most people who geek out over furniture—to call anything Eames-era “quality”? For that matter, what does it mean when we say that anything is quality? Not long ago, Ben Greenman of the New Yorker tweeted, “There should be a second word for quality, since so many things people say are good aren’t, and vice versa.” When I asked him to elaborate, he told me that, yes, it’s bothersome that everything is “stamped with a label, with a Metacritic score,” but even more exhausting is that these labels are assigned so eagerly. And it’s true. Image from Dezeen.com

Ramon Bruin's 3D Drawings Jump Off The Page (PHOTOS) Artist Ramon Bruin is taking hyperrealistic drawings to another dimension. The third dimension to be exact. The Dutch illustrator is creating realistic 3D renderings of snakes, birds and bridges using a pencil, paper and what we imagine is a vivid imagination. To create the pictures, Bruin uses a technique called anamorphosis, reports The New York Daily News. Scroll down for more of Bruin's cartoon creations in the slideshow below, and head to his web site for more work. Loading Slideshow Come out and PlayCaterpillarHold the CandleSpider and the ChickSnake and the PuppetThe Optical TowerBookshelf RatsSnakeFeather of a Raven

Creation in the Workplace Humans are at their best when they are creating. We are wired to create—there’s no feeling like the sense of satisfaction from stepping back after working hard to create something–whether framing a house, building a Powerpoint deck or baking a cake. For the purposes of this article, I want to expand the way we might classically use the word ‘create’ it and then apply the expanded definition to the workplace. When we think about ‘creating’ we probably think about building something with our hands. But, the creator-ship humans are wired for need not be limited to creating a physical something. Why does this matter? a. and: b. If you are in such a situation at work, consider the possibility that it is because you are not creating.

How Rejection Breeds Creativity In 2006, Stefani Germanotta had hit a turning point in her career. She had quit a rigorous musical theatre program at an elite college to focus on her musical passion and, after a year of hard work and little income, had signed a deal with Def Jam records. But this promise wouldn’t last. Rejected, Stefani went back the drawing board, working in clubs and experimenting with new performers and new influences. Rejection happens and, when it does, how we respond to it matters. In a series of experiments, researchers led by Sharon Kim of Johns Hopkins University sought to examine the impact of rejection on individuals’ creative output. Rejection happens and, when it does, how we respond to it matters. When the participants returned to the laboratory a week later, some of them were asked to complete a few tasks before joining their group (inclusion), others were told that the none of the groups had chosen them and they would need to complete their tasks independently (rejection).

Write-Brained: The Neuroscience of Writing and Writer’s Block This page provides an outline of what each part of the Write-Brained series will contain. You can bookmark and revisit this page for up-to-date links to each part. Preface: My Background and the Mandatory Disclaimer When I transitioned to full-time freelance work, my inability to complete work until the last minute before deadline was no longer just an inconvenience: It was the source of significant emotional and economic distress. I studied productivity and, eventually, the human mind. Part 1: Finding the Creative Space in the Human Mind To understand what happens neurologically when we write (or when we can’t write), we have to understand some brain basics. The human brain is composed of three major parts: The “reptilian brain,” the “mammalian brain,” and the “neo-mammalian brain.” While both hemisphere are important in communication when using the neo-mammalian brain, it’s the right hemisphere that allows us to think in the ways we most commonly associate with creative writing. Rob

How to Be an Explorer of the World by Maria Popova “Every morning when we wake up, we have twenty-four brand-new hours to live. What a precious gift!” As a longtime fan of guerrilla artist and illustrator Keri Smith’s Wreck This Box set of interactive journals, part of these 7 favorite activity books for grown-ups, I was delighted to discover her How to Be an Explorer of the World: Portable Life Museum (public library) — a wonderful compendium of 59 ideas for how to get creatively unstuck by engaging with everyday objects and your surroundings in novel ways. From mapping found sounds to learning the language of trees to turning time observation into art, these playful and poetic micro-projects aren’t just a simple creativity booster — they’re potent training for what Buddhism would call “living from presence” and inhabiting your life more fully. It all began with this simple list, which Smith scribbled on a piece of paper in the middle a sleepless night in 2007: Eventually, it became the book. Spread photos via Geek Dad

Austin Kleon on 10 Things Every Creator Should Remember But We Often Forget by Maria Popova What T.S. Eliot has to do with genetics and the optimal investment theory for your intellectual life. Much has been said about the secrets of creativity and where good ideas come from, but most of that wisdom can be lost on young minds just dipping their toes in the vast and tumultuous ocean of self-initiated creation. Some time ago, artist and writer Austin Kleon — one of my favorite thinkers, a keen observer of and participant in the creative economy of the digital age — was invited to give a talk to students, the backbone for which was a list of 10 things he wished he’d heard as a young creator: So widely did the talk resonate that Kleon decided to deepen and enrich its message in Steal Like an Artist — an intelligent and articulate manifesto for the era of combinatorial creativity and remix culture that’s part 344 Questions, part Everything is a Remix, part The Gift, at once borrowed and entirely original. The book opens with a timeless T.S. Donating = Loving

A wandering mind reveals mental processes and priorities Odds are, you're not going to make it all the way through this article without thinking about something else. In fact, studies have found that our minds are wandering half the time, drifting off to thoughts unrelated to what we're doing – did I remember to turn off the light? What should I have for dinner? A new study investigating the mental processes underlying a wandering mind reports a role for working memory, a sort of a mental workspace that allows you to juggle multiple thoughts simultaneously. Imagine you see your neighbor upon arriving home one day and schedule a lunch date. On your way to add it to your calendar, you stop to turn off the drippy faucet, feed the cat, and add milk to your grocery list. The researchers asked volunteers to perform one of two simple tasks – either pressing a button in response to the appearance of a certain letter on a screen, or simply tapping in time with one's breath – and compared people's propensity to drift off.

January 20 From My Shelf Handselling "Handselling." It's a word beloved by booksellers, because it's one of the things they do best--recommending books from a personal perspective. There are many ways to handsell a book: via conversations, e-mails, social networks. Nationally syndicated columnist and author Leonard Pitts, Jr., raised the bar for handselling in his January 15 editorial for the Miami Herald, "The New Jim Crow Alive and Thriving." Book Candy Book Coffee Table; Literary Siblings; Libraries & Librarians Instead of a coffee table book, what about a book coffee table? The "9 Coolest Literary Siblings" were showcased by BestOnlineColleges.com, which observed: "Great writers throughout the ages have had a field day with the sibling dynamic. For fans of both libraries and films, Buzzfeed featured a "supercut" of "Libraries on TV and in the Movies." And i09 featured "20 heroic librarians who save the world," observing: "If information is power, then there's no hero mightier than a librarian."