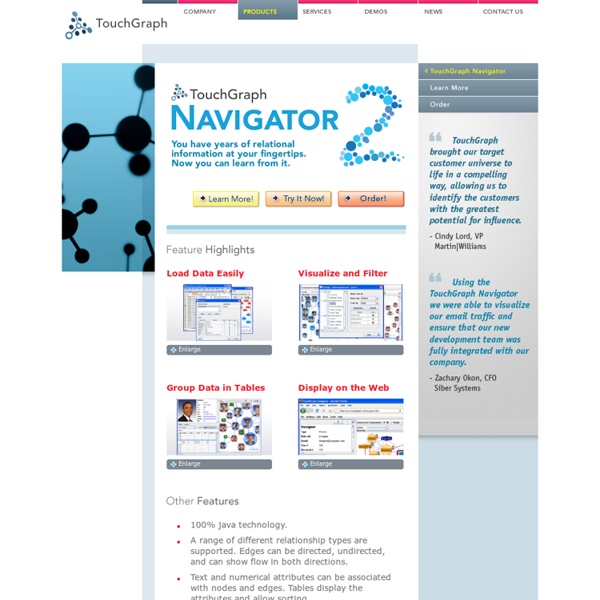 8 Digital Tools Every Journalist Should Try When Charlie Beckett asked me to join the Polis journalism conference this week at the London School of Economics and Political Science, he showed the depth of his university by asking a surprisingly practical journalism question for a school ranked No. 2 in the world in the research-laden “communication and media studies” field. Beckett wanted to know about the newest digital tools journalists are using to do accountability journalism (which some of us still call watchdog journalism). My first reaction was to mention some of the “golden oldies” Knight Foundation has funded and followed: the encryption software Tor; the investigative paper-tamer Document Cloud and its advanced story-finding cousin Overview; the visual storytelling tool Timeline JS; and the classic crowdmapping application Ushahidi.

Innolab 3D File Manager Winner of the 2003 edition of NSF Science & Engineering Visualization Challenge, in the Illustration category, this ferris wheel-like arrangement, created by seniors at Boston University, was seen as an elegant solution for managing unwieldly amounts of information. The three-dimensional interface organizes computer contents by their relationships rather than their physical position on a hard drive. Each spiderweb thread marks the ties between folders holding contents related to the open file folder (center, in purple).

How-to Guides and Software Tutorials 16 Sep 2015 Find Out How Much Traffic a Website Gets Learn about free tools that will help you find out how much traffic (or hits) a website gets on the Internet, where is the traffic coming from and how is a site placed in search. 24 Aug 2015 Gmail AutoResponder is a Better Alternative to Canned Responses

Features Gephi is a tool for data analysts and scientists keen to explore and understand graphs. Like Photoshop™ but for graph data, the user interacts with the representation, manipulate the structures, shapes and colors to reveal hidden patterns. The goal is to help data analysts to make hypothesis, intuitively discover patterns, isolate structure singularities or faults during data sourcing. It is a complementary tool to traditional statistics, as visual thinking with interactive interfaces is now recognized to facilitate reasoning.

NameBase NameBase is a web-based cross-indexed database of names that focuses on individuals involved in the international intelligence community, U.S. foreign policy, crime, and business. The focus is on the post-World War II era and on left of center, conspiracy theory, and espionage activities.[1] In the 1980s, through his company Micro Associates, he sold subscriptions to this computerized database, under its original name, Public Information Research, Inc (PIR). At PIR's onset, Brandt was President of the newly formed non-profit corporation and investigative researcher, Peggy Adler, served as its Vice President.

App for journalists: Jamsnap, for adding sound to images Devices: iOS (Android app is in development) Cost: Free What is it? App which enables users to add audio to images before sharing them to social networks. Skyrails Blog - Skyrails beta youtube video, flickr high-res screenshots ... 2396775983 The screenshots on flickr are orders of magnitude better than the ones you find here. The 101 Most Useful Websites on the Internet Here are some of the most useful websites on the internet that you may not know about. These web sites, well most of them, solve at least one problem really well and they all have simple web addresses (URLs) that you can memorize thus saving you a trip to Google. And if you find this list useful, also check out the expanded version – The Most Useful Websites – which now offers a collection of 150+ undiscovered and incredibly useful websites to enhance your productivity. ctrlq.org/screenshots – for capturing screenshots of web pages on mobile and desktops. dictation.io – online voice recognition in the browser itself. Changelog and Updates The following websites were part of the original list but they are either no longer available or have been replaced with better alternatives.

hey ! it connects to your facebook and let you visialize the link between you and your different groups of friends ( you clearly see the groups emerging) bye by leths Jan 18