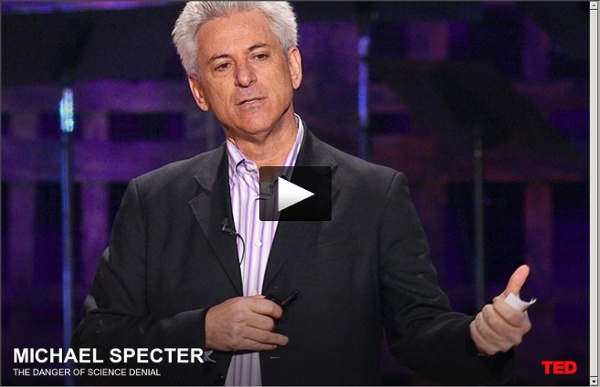 The Future of Moral Machines The Stone is a forum for contemporary philosophers and other thinkers on issues both timely and timeless. A robot walks into a bar and says, “I’ll have a screwdriver.” A bad joke, indeed. The fictional theme of robots turning against humans is older than the word itself, which first appeared in the title of Karel Čapek’s 1920 play about artificial factory workers rising against their human overlords. Machines are increasingly operating with minimal human oversight in the same physical spaces as we do. The prospect of machines capable of following moral principles, let alone understanding them, seems as remote today as the word “robot” is old. This is why, in my view, we need to think long and hard about machine morality. Leif Parsons There are big themes here: freedom of will, human spontaneity and creativity, and the role of reason in making good choices — not to mention the nature of morality itself. This is autonomy in the engineer’s sense, not the philosopher’s.

A New, Somewhat Moldy Branch On The Tree Of Life hide captionTwo cells — one marked mostly in green, the other in blue — of a newly discovered organism found in water samples collected from the University of Exeter pond. Scientists think these "cryptomycota" use their tails to propel themselves while searching for food. Meredith Jones/Nature If you think biologists have a pretty good idea about what lives on the Earth, think again. This comes as a big surprise. "We thought we knew what about the major groups that existed," says James, who is curator of fungus at the University of Michigan. Many fungi are already familiar. Biologists figure they've probably only cataloged about 10 percent of all fungal species. Oops. "But the reality is most of the diversity of life we can't grow in a laboratory. And microscopic organisms are just about impossible to find just looking at dirt or water through a microscope. "About 10 years ago, people started using molecular approaches," he says. Using those techniques, they struck pay dirt.

Richard Feynman: Physics is fun to imagine Loading … Comment on this Talk 138 total comments In this archival footage from BBC TV, celebrated physicist Richard Feynman explains what fire, magnets, rubber bands (and more) are like at the scale of the jiggling atoms they're made of. One of the best known and most renowned scientists in history, Richard Feynman pioneered quantum mechanics. 13 Way, way out there Curated by TED Travel across the universe (or is it universes?) What to Watch Next Murray Gell-Mann: Beauty, truth and ... physics? 16:02 Posted: Dec 2007 Views 884,787 | Comments 139 What Your Friends are Watching Related Topics We want you to share our Talks! Just follow the guidelines outlined under our Creative Commons license.

Are jobs obsolete? Douglas Rushkoff: U.S. Postal Service new example of human work replaced by technologyHe says technology affecting jobs market; not enough workers needed to run the technologyHe says we have to alter our ideas: It's not about jobs, it's about productivityRushkoff: Technology lets us bypass corporations, make our own work -- a new model Editor's note: Douglas Rushkoff is a media theorist and the author of "Program or Be Programmed: Ten Commands for a Digital Age" and "Life Inc: How Corporatism Conquered the World and How We Can Take it Back." (CNN) -- The U.S. Postal Service appears to be the latest casualty in digital technology's slow but steady replacement of working humans. We can blame a right wing attempting to undermine labor, or a left wing trying to preserve unions in the face of government and corporate cutbacks. We like to believe that the appropriate response is to train humans for higher level work. U.S. companies unpatriotic not to hire? Obama to unveil $300 billion jobs plan

The myth of closure When people talk about overcoming tragedy and loss these days, it’s hard to avoid the word “closure.” Whether it’s the death of a loved one, a national catastrophe, or just an argument with a friend, closure is supposed to be what we need to heal and get on with our lives. It’s easy to see the appeal of the idea that we can put a definitive end to our suffering or grief and start a new chapter of life without sorrow, guilt, or anger. Such references make psychological closure seem like a fact of life. In “Closure: The Rush to End Grief and What It Costs Us,” Berns draws on scholarly publications and popular media to trace why closure became a staple of our discourse and how it affects us. Berns, an associate professor of sociology at Drake University, spoke to Ideas from Des Moines. IDEAS: What do you mean when you say that closure doesn’t exist? BERNS: The idea of closure [is seen] as a new emotional state for explaining what we need and how we’re supposed to respond to trauma and loss.

Richard Dawkins on vivisection: "But can they suffer?" The great moral philosopher Jeremy Bentham, founder of utilitarianism, famously said,'The question is not, "Can they reason?" nor, "Can they talk?" but rather, "Can they suffer?" Most people get the point, but they treat human pain as especially worrying because they vaguely think it sort of obvious that a species' ability to suffer must be positively correlated with its intellectual capacity. Plants cannot think, and you'd have to be pretty eccentric to believe they can suffer. What about dogs? How could they bear to do it: tie a struggling, screaming mammal down with ropes and dissect its living heart, for example? Most of us nowadays believe that dogs and other non-human mammals can feel pain, and no reputable scientist today would follow Descartes' and Harvey's horrific example and dissect a living mammal without anaesthetic. Without going into the interesting literature on Animal Suffering It is an interesting question, incidentally, why pain has to be so damned painful.

Rationally Speaking | Official Podcast of New York City Skeptics - Current Episodes - RS21 - Joshua Knobe on Experimental Philosophy Release date: November 7, 2010 Our guest, Joshua Knobe, is a philosopher interested in cognitive science, so interested, in fact, that he has contributed to establishing a whole new branch of inquiry known as experimental philosophy — and he plausibly claims that the name is not actually an oxymoron! The idea is summarized in this way on one of the major web sites devoted to the enterprise: "Experimental philosophy, called x-phi for short, is a new philosophical movement that supplements the traditional tools of analytic philosophy with the scientific methods of cognitive science. So experimental philosophers actually go out and run systematic experiments aimed at understanding how people ordinarily think about the issues at the foundation of the philosophical discussion.” Joshua Knobe is an assistant professor at Yale University, affiliated both with the Program in Cognitive Science and the Department of Philosophy. Comment on the episode teaser. Joshua's picks:

Graphing the history of philosophy « Drunks&Lampposts A close up of ancient and medieval philosophy ending at Descartes and Leibniz If you are interested in this data set you might like my latest post where I use it to make book recommendations. This one came about because I was searching for a data set on horror films (don’t ask) and ended up with one describing the links between philosophers. To cut a long story very short I’ve extracted the information in the influenced by section for every philosopher on Wikipedia and used it to construct a network which I’ve then visualised using gephi It’s an easy process to repeat. First I’ll show why I think it’s worked as a visualisation. Each philosopher is a node in the network and the lines between them (or edges in the terminology of graph theory) represents lines of influence. It gets more interesting when we use Gephi to identify communities (or modules) within the network. It has been fairly successful. The Continental Tradition The graph is probably most insightful when you zoom in close.

Garbage and Gravitas St. Petersburg in revolt gave us Vladimir Nabokov, Isaiah Berlin and Ayn Rand. The first was a novelist, the second a philosopher. The third was neither but thought she was both. Many other people have thought so too. Ayn Rand and the World She Made By Anne C. Goddess of the Market: Ayn Rand and the American Right By Jennifer Burns.Buy this book About the Author Corey Robin Corey Robin, who teaches at Brooklyn College, is the author of Fear: The History of a Political Idea, and The... Also by the Author How did the conservative ideas of Friedrich Hayek and the Austrian school become our economic reality? Since the ’70s, liberals and leftists have misidentified the source of conservatism’s appeal. One of those readers might well have been Farrah Fawcett. She described the show as a "triumph of concept and casting." So taken was Rand with Fawcett that she hoped the actress (or if not her, Raquel Welch) would play the part of Dagny Taggart in a TV version of Atlas Shrugged on NBC.

Multiple initiatives vie to give scientists unique IDs - Ars Technica Ars' science staff loves the Digital Object Identifier system that's used for scientific publications. Each paper gets its own unique ID, and plugging that into the doi.org site will resolve it to the paper, even if the original journal changes its name, moves the paper to a new URL, or what have you. Aside from helping one find an original research paper, the DOI is powerful as a tool for finding related information. A simple search for a DOI can identify a whole host of articles that comment on the paper. If it's useful for papers, imagine what a DOI for authors could do. Authors have a far more complex history than papers. Conflicting ways of finding authors An article in Thursday's edition of Science takes a look at a number of these, and the pros and cons of each. Another obvious choice for running an author ID system is the US' National Center for Biotechnology Information, which already runs a massive database of scientific publications, PubMed. Building on the past

hey there, i think i got some cool videos in my trees for you to add here. greetings by erniesmoove Mar 7