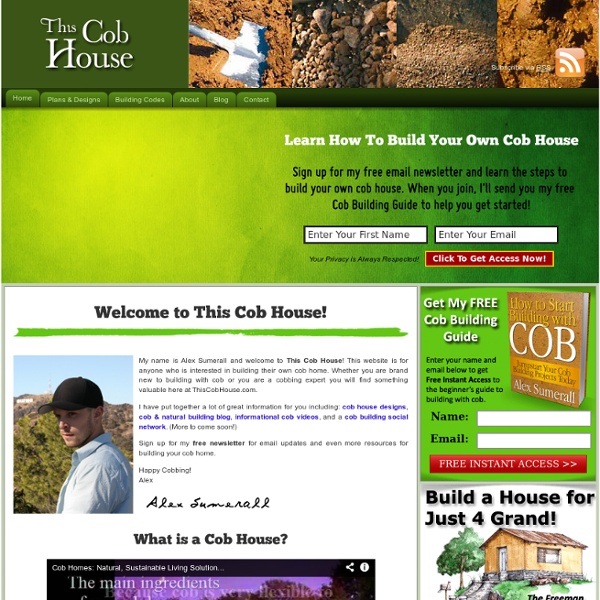 Do-It-Yourself Pole-Barn Building - DIY If you need to add shelter to your homestead easily and economically, pole barns are right for you. They’re the fastest, most cost-effective way to build permanent, solid shelter to store equipment, house livestock, or function as a garage or workshop facility. You can even use the pole barn approach to build a year-round home. The steps to pole-building success are simple: Create a level base pad (if you want more than just the earth underfoot), set poles vertically into holes in the ground, connect them across the top with beams and braces, then put roof trusses on top. If you’ve never constructed anything large before, then a pole building is a good place to start. Create a Base Besides the fact that you’ll need to locate your pole building on flat, well-drained ground, consider adding fill to create a raised base area. There are four reasons crushed rock screenings are my favorite choice for a raised base. Installing Poles Another crucial issue is pole length. Adding Beams and Braces

Lammas Home Page 14 Characteristics of Cob Homes - This Cob House A cob home will have a very distinct and unique quality to it that you will not find among conventional homes. Living in a cob house is more than just abiding in a shelter. It includes a unique experience that is both uplifting and healthy. Here are some concepts and advantages of cob homes to consider: Small Cob homes are known to be small and size efficient. Cob homes are also labor intensive to construct and they are often times built by the owners. Local Building with cob falls under the umbrella of “Natural Building.” Artistic People are drawn to cob homes in large part due to their beauty and creative designs. Natural The main ingredients for making cob are: clay, sand, and straw. Social Building a cob home can involve your community and friends to come together in the construction. High Standards A house made out of cob is actually a high standard home. Energy Efficient Cob is a “thermal mass” that absorbs sunlight and warms the building over the course of the day. Owner Built Healthy

Cob (material) Building a wall out of cob. Cob, cobb or clom (in Wales) is a natural building material made from sand, clay, water, some kind of fibrous or organic material (straw) and earth. Cob is fireproof, resistant to seismic activity,[1] and inexpensive. It can be used to create artistic, sculptural forms and has been revived in recent years by the natural building and sustainability movements. In technical building and engineering documents such as the Uniform Building Code, cob may be referred to as an "unburned clay masonry" when used in a structural context. It might also be referred to as an "aggregate" in non-structural contexts, such as a "clay and sand aggregate" or more simply an "organic aggregate," such as where the cob is an insulating filler between pole and beam construction. 'Cob stitch' repair on old traditional cob cottage in Devon, England Cob is an ancient building material, that may have been used for building since prehistoric times. The Cob Builders Handbook

What Inspired This Man May Surprise You...What He Created From It...Extremely Gorgeous! Caves have a natural beauty to them, as anyone who has been to Carlsbad Caverns can tell you, but Ra Paulette is an expert. Artist Ra Paulette has spent the last decade excavating tunnels and passageways, and carving designs and benches in the sandstone cliffs in northern New Mexico. He spends his time carving a sandstone cave that he found, turning it into a wonderful subterranean space full of light. With no one but his dog for company, Paulette created different designs and styles for every cavern, giving each one very specific qualities and textures. It is a unique creation that will blow away your mind! These stunning caves and their intricate patterns are a real work of art. The thought of spending so much time underground without human contact might make some feel claustrophobic, but to this artist, it’s a calling. Credits: CBS Sunday Morning Share these amazing creations with others!

Sustainable Alternative Homes - Freeing Humans For Further Evolution Source: www.themindunleashed.org | Original Post Date: December 11, 2013 – I would like to invite you to relax. I’m guessing you are doing some reading or web-surfing to free your mind after a long work day. It seems on this cusp of human transformation, nearing the end of 2013, the topics of conversation, especially in the worldwide ‘conscious’ community, are often veering in the directions of human enlightenment, breaking free of the system, and DNA reactivation- remembering and reclaiming who we are as BEINGS. One project in particular that is especially exciting is called EarthShips. “Earthships are 100% sustainable homes that are both cheap to build and awesome to live in. After perusing their fascinating page and learning a little about their history, their vision, and how Earthships work, one will find a new sense of hope that not only can an off-the-grid lifestyle be possible, it can be comfortable, beautiful, and integrated with the community.

What It's Actually Like To Buy A $500 House In Detroit Guy Turns 700 Year Old Abandoned Cave Dwelling Into Vacation Home The Rockhouse is a unique luxury cave retreat, hand sculpted from a Triassic sandstone escarpment near the Wyre Forest in rural Worcestershire. Set in 3 acres of woodland on the banks of Honey Brook, The Rockhouse has been occupied for over 700 years. When the site was deserted in 1962 it reverted back to its ‘natural state’ – until it was painstakingly and sympathetically refurbished in 2015 ‘almost single handedly’ by enthusiast and owner Angelo Mastropietro. Check out the Rockhouse below along with an interview with Angelo in a video segment by Barcroft TV. As much a sculpture as it is a dwelling, The Rockhouse has been carefully planned out and features stylish creature comforts such as under floor heating, rainforest shower and clever ambient lighting for a nurturing and natural ambience. According to the BBC, Angelo Mastropietro came across the site near Kidderminster when he sheltered there during a rain storm in 1999.

"Earthship Biotecture": Renegade New Mexico Architect’s Radical Approach to Sustainable Living Guests Michael Reynolds creator of radically sustainable living options through a process called "Earthship Biotecture." This is viewer supported news Donate New Mexico residents are trying to a break free from Los Alamos’ nuclear legacy by creating more environmentally sound ways of living. This is a rush transcript. AMY GOODMAN: We’re broadcasting from Los Alamos, New Mexico, the birthplace of the Nuclear Age. We turn right now to Mike Reynolds. We were driving along—from Durango, Colorado, to Taos, New Mexico, when we saw this remarkable collection, a fascinating collection, of structures scattered through the sage brush along the road. MICHAEL REYNOLDS: Greenhouse, which is a buffer zone for the house, to make the house stay warmer, hold its heat longer. AMY GOODMAN: So the house is a jungle? MICHAEL REYNOLDS: Yeah, it’s pretty much, mostly, 50 percent, a jungle. AMY GOODMAN: And what is in—what is in these pillars of the house? AMY GOODMAN: And what are these materials, though?

Dilapidated 1860s Barn Gets Revived Into Amazing Entertainment Space When their clients told him they wanted a barn on their property to compliment their 19th-century farmhouse and serve as their guesthouse and entertainment space, architect Douglas VanderHorn started the search process immediately. VanderHorn found this barn outside Albany, New York, via Heritage Restorations, a firm that scouts barns in disrepair for rehabilitation and reuse. According to Houzz, the timbers were already numbered and coded, as that was part of the original construction in the 1860s, when the barn was built. This made it easy to keep things organized during dismantling and rebuilding. As part of the renovations, they replaced the barn’s original siding with fir reclaimed from another barn that was in better shape, and repurposed it elsewhere in the project. Below you can see some interior shots of the incredible transformation. Inside, VanderHorn used all the siding, timbers and floors original to the barn. Related Articles on Houzz You May Be Interested In

US Government Declaring All Out War on Tiny House Living Isaac Davis, StaffWaking Times Freedom in the United States today is a moving target, and when the government catches wind of an innovation that makes life easier and more affordable for ordinary people, it always steps in to take control. Take, for example, the growing effort to outlaw offgrid living in the U.S., as well as moves by local governments around the country to criminalize private rainwater collection. Now, the federal government is making a major move against the tiny house movement, seeking to give the U.S. The tiny house movement is one of the latest innovations in personal freedom from an overly consumeristic and a debt-driven society. Tiny houses offer shelter from the elements, and shelter from the economic matrix, which is why they are now under attack. This proposed rule would modify the current exemption for recreational vehicles in the Manufactured Home Procedural and Enforcement Regulations. READ: Tiny Houses – Taking On the Matrix of Consumerism About the Author

This Transformable 309 sq ft Smart Home has Way More Than Meets the Eye Hong Kong-based architects LAAB have just completed an incredible home that maximizes every inch of this 309 sq ft (28.7 sq m) flat in Hong Kong’s Central district. The clients had a long wish list that included: full kitchen, bathtub, home cinema, gym, storage—and cat-friendly features for their three furry roommates. After 40 iterations, LAAB came up with a solution that is both functional and elegant. Hong Kong is one of the world’s most expensive cities where an average square foot costs about US$1,416 [source]. The clients, Andy Knight and Michelle Tennant, had a decision to make: purchase a flat with about 90 more square feet, or completely redesign and renovate this 309 square foot apartment which was in the location they loved. To realise their ambitious plans, the team at LAAB had to think beyond static spaces. The “Form Follows Time” philosophy is best demonstrated by the bathtub area of the apartment. 1.