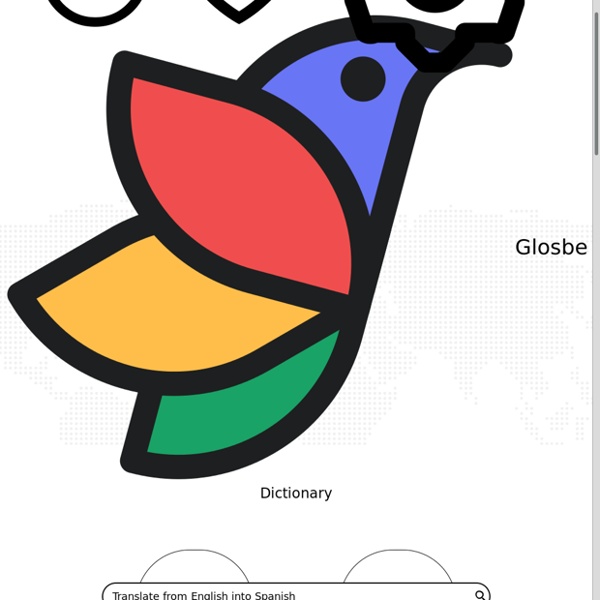 Stanford Parser Stanford Parser Please enter a sentence to be parsed: My dog also likes eating sausage. Periphrastic perfects in the Coptic dialects: a case study in grammaticalization Periphrastic Perfects in the Coptic Dialects 3 In yet other dialects – mostly ‘early’ varieties – one finds synchronic variation; how-ever, it seems that in few if any varieties of Coptic the functional opposition betweenPreterite and Perfect is marked by a formal opposition between auxiliaries ⲁ European Maps Showing Origins Of Common Words U.S. playwright Rita Mae Brown said: "Language is the road map of a culture. It tells you where its people come from and where they are going." That quote comes to mind looking at these fascinating European etymology maps of various commons words posted by reddit user sp07, which provide a kind of cultural commentary on Europe. The word for "church" shows the influence of ancient Greece: imgur/u/Bezbojnicul "Bear" appears to be influenced by Russia, where largest brown bear population in Europe can be found.

Dictionary for German, French, Spanish, and more What is Linguee? Linguee is a unique translation tool combining an editorial dictionary and a search engine with which you can search hundreds of millions of bilingual texts for words and expressions. The Linguee search results are divided into two sections. The Best Free Dictionary and Thesaurus Programs and Websites Are you a writer? Or a word geek? If you write anything or play word games, dictionaries, thesauruses, and other reference tools can come in handy. We’ve found some useful offline and online tools for looking up words, finding synonym, or building words in Scrabble. Dictionary and thesaurus programs and websites allow us to go beyond the dated, printed dictionary.

Coptic alphabet, pronunciation and language The Coptic alphabet is variant of the Greek alphabet containing a number of extra letters for sounds not found in Greek. The extra letters come from the Demotic form of the Egyptian script. The Coptic alphabet came into being during the 3rd century BC after the Greek conquest of Egypt and the subsequent spread of Christianity. The name 'Coptic' derives from the Greek word for Egyptian: Aigyptioi which became Qibt in Arabic and then was Latinised to become Copt Used to write

60 eBooks gratuitos sobre Traducción e Interpretación 60 eBooks gratuitos sobre Traducción e Interpretacióna Texto completoI nfo T rad 28 de septiembre de 2012 Mapping best multilingual business practices in the EU European Commission. The digital age and globalisation have together changed the European business environment for good. As companies and their employees deal with different languages and cultures on a daily basis, multilingualism can no longer be considered just as an asset or a competitive advantage, but rather as a fact of life. Thus, multilingualism has become a global issue as well as a transversal issue within organisations, since digital communication is erasing national and linguistic boundaries. Faced with this multilingual reality, companies have adopted a number of innovative business practices described in the case studies carried out in European companies.

75 Simple British Slang Phrases You Should Probably Start Using Oh, the Brits. No-one can snark quite like they do, and there are certain turns of phrase that are so utterly delightful, the rest of the world really should sit up and take note. Below are just a few common British phrases that you might like to work into your daily vernacular, as they can pepper any conversation with a little extra something. Aggro: Aggressive/in someone’s face.“Are you having a laugh?”: Statement of incredulity, like “you’ve got to be kidding”, and such.

Langscape: Map Langscape’s interactive map allows you zoom to any spot on the globe and see what languages are natively spoken there. Clicking on a language name will display an information window below the map containing basic data about the language and its speakers. Above this general information are clickable icons which allow you to load sounds and recordings, references, and texts. translation Spanish English Reverso offers you the best tool for learning English, the Spanish English dictionary containing commonly used words and expressions, along with thousands of Spanish entries and their English translation, added in the dictionary by our users. For the ones performing professional translations from Spanish to English, the specialized terms found in our dictionary are very helpful. See the latest user contributions to the Spanish-English dictionary and add your own: