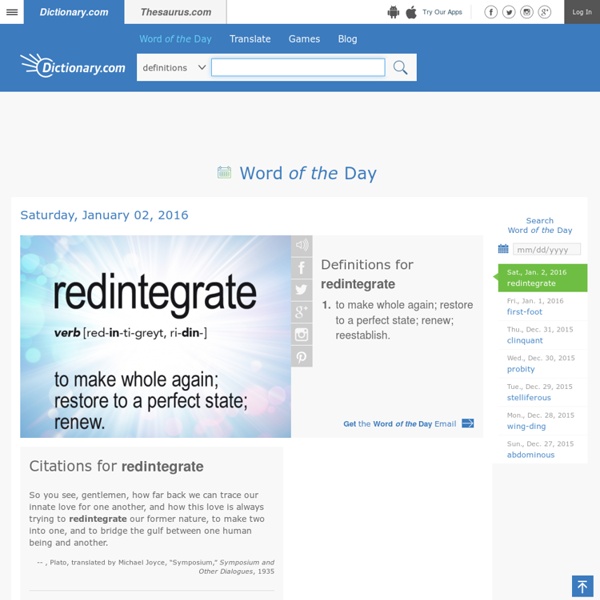 Argonaut comes from the Greek term Argonaútēs meaning "crewman of the ship Argo." In Greek legend, the argonauts board the Argo, named after its builder, Argus, in pursuit of the Golden Fleece, which is guarded by a dragon that never sleeps. Naûs is the Greek term for "ship."

Words and Phrases Coined by Shakespeare Words and Phrases Coined by Shakespeare NOTE: This list (including some of the errors I originally made) is found in several other places online. That's fine, but I've asked that folks who want this on their own sites mention that I am the original compiler. For many English-speakers, the following phrases are familiar enough to be considered common expressions, proverbs, and/or clichés. Character meme fun! This is how I was procrastinating during the exam period. "Post-processual theory? ...After I've cleared out my hard drive, I think... ... ooh! What's this? A daft questionnaire I saved from somewhere on the Internet? I must fill it in."

Words Shakespeare Invented Words Shakespeare Invented The English language owes a great debt to Shakespeare. He invented over 1700 of our common words by changing nouns into verbs, changing verbs into adjectives, connecting words never before used together, adding prefixes and suffixes, and devising words wholly original. Below is a list of a few of the words Shakespeare coined or adapted, hyperlinked to the play and scene from which it comes. When the word appears in multiple plays, the link will take you to the play in which it first appears. The 100 Most Important Things To Know About Your Character (revised) Quote from original Author(Beth):This list came about when, one day while struggling to develop a character for an upcoming Hunter game, my lovely roommate Nikki looked at me and said something like, "Wouldn't it be cool to have a list of questions you could go through and answer while you were making characters, so you'd make sure to consider all sorts of different elements in their personality?" I agreed, and that very evening we sat down over hot chocolate and ramen noodles to whip up a list of 100 appearance-, history-, and personality-related questions (which seemed like a nice even number) to answer as a relatively easy yet still in-depth character building exercise. Later on, we went through the list again, took out the questions that sucked (because there were a lot of them) and replaced them with better ones. What you see before you is the result of that second revision.

translations of jabberwocky Jabberwocky VariationsHome : Translations NEWEST (November 1998) Endraperós Josep M. How to Flesh out a Country or Region in Your Fantasy RPG World Edit Article Edited by Zach Haffey, Maluniu, Glutted, Nicole Willson and 5 others Hello game master/fantasy author. This is a guide to organizing and sorting out the finer details and aspects of a specific country or region of your world: a format for the living details that help you and your players delve in to the role-playing aspect of your game. Binge-watch is Collins' dictionary's Word of the Year Collins English Dictionary has chosen binge-watch as its 2015 Word of the Year. Meaning "to watch a large number of television programmes (especially all the shows from one series) in succession", it reflects a marked change in viewing habits, due to subscription services like Netflix. Lexicographers noticed that its usage was up 200% on 2014. Other entries include dadbod, ghosting and clean eating. Helen Newstead, Head of Language Content at Collins, said: "The rise in usage of 'binge-watch' is clearly linked to the biggest sea change in our viewing habits since the advent of the video recorder nearly 40 years ago. "It's not uncommon for viewers to binge-watch a whole season of programmes such as House of Cards or Breaking Bad in just a couple of evenings - something that, in the past, would have taken months - then discuss their binge-watching on social media."

Things Writers Should Know Previous iterations of the “25 Things” series: 25 Things Every Writer Should Know 25 Things You Should Know About Storytelling Kanji of the year, meaning 'disaster,' symbolizes 2018 amid natural and human calamities KYOTO – The kanji sai (災, disaster) was picked as the Chinese character best describing this year’s social mood in Japan, amid a string of natural and man-made calamities, a Kyoto-based kanji promotion organization announced Wednesday. Chief Buddhist priest Seihan Mori of the Kiyomizu Temple in Kyoto wrote the character 1.5 meters in length and 1.3 meters in width with a giant calligraphy brush on traditional washi paper at the temple’s annual year-end event, where the kanji of the year was revealed. The selection came after Japan was buffeted this year by torrential rains in the country’s west and an large earthquake in Hokkaido, heightening public awareness of the importance of disaster prevention measures. Japan was also rocked by man-made calamities such as stolen cryptocurrencies and the uncovering of harassment by coaches in the athletic world. The selection of the word was based on characters put forward by the general public.