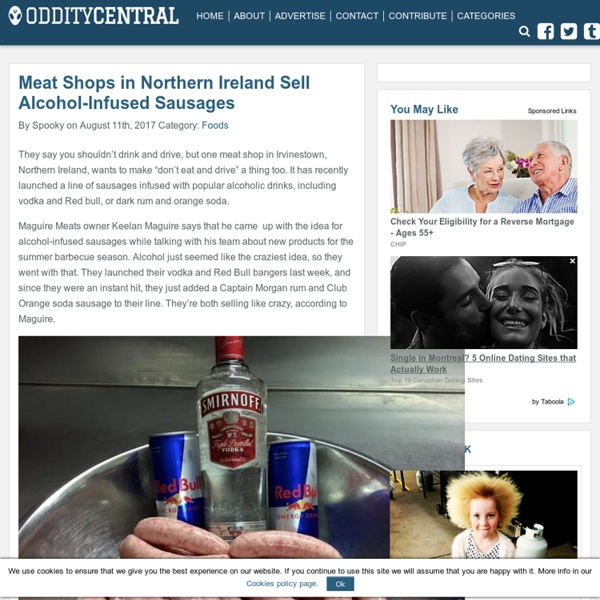 64-year-old architect Octavio Mendoza literally baked the house that he lives in. He calls the 5,400 square foot house ‘the biggest piece of pottery in the world’. Casa Terracotta, or Casa Barro in Spanish, was built exclusively by hand using clay and baked in the sun. Located in Villa de Leyva, a colonial mountain village in Colombia, it is also known to locals as the ‘Casa de Flintstone’ or Flintstone House. From the outside, Casa Terracotta looks like a huge mound of clay, loosely fashioned to resemble a cottage. It is surrounded by lush green farmland, set against a breathtaking backdrop of the mountains.

Dark Roasted Blend "QUANTUM SHOT" #531Link - by Avi Abrams Army of tiny robots grows in number and sophistication Since our last "Robot Art" overview came out, these cute little bots multiplied like rabbits or Google spiders, and they all look good, so it's time for an update! (image courtesy Mike Rivamonte) Most of these robot figures (often called "nerdbots") are made from found objects, purely for your esthetic appreciation - and yet one can't shake the feeling that they might one day come to life (as if in some Stephen King story) and invade your cubicle, making shrill R2D2 sounds and mounting attacks on, say, a hated monstrous copy machine in the corner.

www.theworkathomewoman By Holly Reisem Hanna Where has this school year gone?! In the next couple of weeks my daughter will be out of school and summer will be upon us. While I have our vacation plans mapped out and my daughter’s camp activities booked — I haven’t had much time for focusing on myself. The Hilarious Adventures Of Vladimir Putin 1. Forumla 1 Putin 2. Sporting Pro Putin

Free Media Library in Blooms This list is distinctive as the resources are a) free and b) almost exclusively browser based. The list is also sorted by Blooms, meaning you are able to more easily consider your student outcomes FIRST. There are a few exceptions. 8 Inches of Dark Chocolate Cock Filled With...by United Indecent Pleasures The first product from new erotic brand United Indecent Pleasures is an eight-inch chocolate penis that oozes fondant cream. The filling comes in six fruit and  liqueur flavours, and there's a firmer chocolate fondant in the base. The company was founded by publicist Angelica de Millet, who met graphic designer David Ruiz and architect-turned-chocolatier Michel Laline while working at Laline's company Chocolat Factory.

The Tattoos Of Russia's Brutal Prisoners & Criminals Custom Tattoos Of Russia **_Warning some of the imagery you're about to see is NSFW_** Here's a tale of struggle, individuality, brutality, creativity and all set against the bleak background of cold Soviet Russia. Danzig Baldaev (who's father was imprisoned as any enemy of the people) would regularly visit his father behind bars at the controversial prison Kresty Prison in St. Petersburg. Over the next 30 years he started to study, document and capture the tattoos that adored the other inmates at the time. The soul is bone 16th April 2014 Post with 3 notes Some Cemeteries Part II here 16th April 2014 Photo with 388 notes This is the colourful candy-striped land snail (Liguus virgineus), and it’s only found on Haiti, Dominican Republic and Cuba.

How to Zentangle Affiliate links may be included in this post. Thank you for supporting Craftwhack! As simple as it is, I realize a lot of people out there want to learn exactly how to Zentangle®. It can look and seem intimidating to start when you see some of the intricate works of tangle art floating around out there. The secret of Zentangle? It’s really easy!

How To Build A Log Cabin If you've ever wanted to build that cute little log cabin in the woods, this one's for you! Videos Step 1 first, then go on to step 2 Other Great Stories From Offgridquest.com: