My Phone is Smarter That I AM 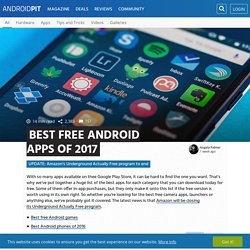 Long story short - if you want to take advantage of the Amazon Underground Actually Free program, you'd better get in fast. Opinion by Ben Woods It's a shame that the free program from Amazon will be shut down Best free antivirus app: Malwarebytes Anti-Malware It has a simple UI and doesn't come as an oversized, bloated app overflowing with features. Malwarebytes Anti-Malware AccuWeather Google Keep Snapseed. Best Android Apps of 2017 - CNET. Best iPhone Apps of 2017 - CNET. The Top 10 Smartphones. For most of us, mobile phones are at the center of our universe. 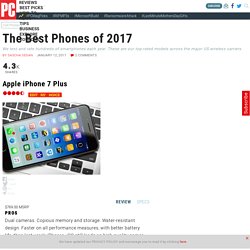 The typical feature set of these palm-size marvels is astounding. It's your phone, your messaging device, your on-the-go Web browser, your camera, your music player, your GPS, and more. We're a smartphone-dominated nation, with 4G LTE networks beating many home Internet connections in terms of speed. We have more good wireless carrier options than we've had in years, thanks to vigorous competition between the four major carriers and smaller virtual carriers like Google Fi. But some of our choices have constricted a bit: The smartphone OS marketplace is basically down to Apple's iOS and Google's Android, and it's hard to find a really good simple voice phone nowadays. Best Phones of 2017 - CNET. How to Use Android Parental Controls. Android Auto and Apple CarPlay are about to get really real - CNET. OK, I'll be honest, some of the most exciting tech of 2017 doesn't sound all that exciting on the surface. 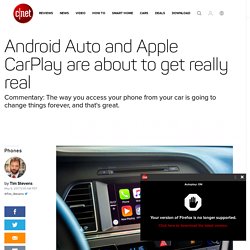 But bear with me, because it's going to be big. Ready? Smartphone integration in cars -- specifically Android Auto and Apple CarPlay -- is finally past the tipping point of revolutionizing our in-car experience. That means that instead of squinting at your phone and tapping when you should have your eyes on the road and your hands on the wheel, more cars will be able to access the stuff inside your personal Android phone or iPhone from the dashboard. For example, you can easily navigate to an address in your contacts list, and play music with your voice. This amounts to a more convenient, safer, distraction-free way for drivers to use their phones. Study after study shows that using your phone while behind the wheel is at least as dangerous as drunk driving, and maybe even more so. How to download sites to read later in Chrome for Android. Forbes Welcome. Who else wants to simplify their social media life? AT&T Data Perks Requires Android smartphone running OS 4.0 and above or iPhone running iOS 7.0 and above. 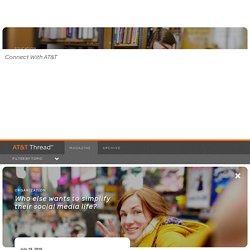 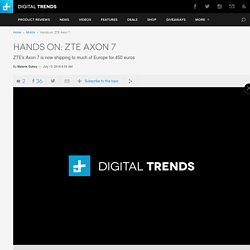 These days, even budget phones are pretty amazing pieces of hardware, and there are a number of so-called flagship killers on the market. Among the best high-powered phones with low prices we saw in 2015 was the ZTE Axon Pro. ZTE hopes to challenge the likes of the Galaxy S7, iPhone 6S, LG G5, and HTC 10 with a new flagship killer, the Axon 7. The Axon 7 stays true to the original with its 5.5-inch, 2,560 x 1,440 pixel resolution screen, though this time, it’s an AMOLED panel instead of IPS screen. In other words, the Axon 7 should display deeper blacks and contrast to help colors jump out with more drama. When you look at the back of the phone, the Axon 7 strongly resembles the HTC One M8 with its smooth metal finish, perfectly centered camera lens, and subtle antenna lines. The Axon brand name is the only other decoration on the back of the device.