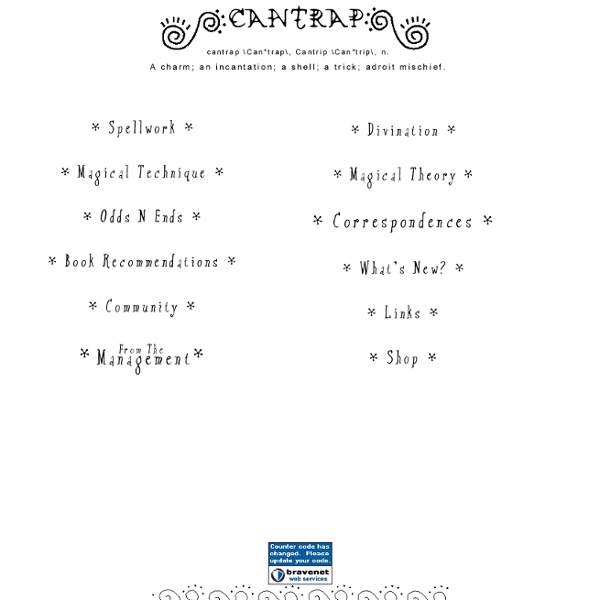 How to Create a Personal Altar in Your Home As a faithful student of personal growth and the field of positive psychology, I’m a big fan of any practice that invites more happiness and fulfillment into our lives. Over the years, I’ve developed many habits that have enhanced my outlook on life and helped me achieve some of my big goals. Now there is one tool that I’ve been wanting to incorporate into my life for a long time…a personal altar! There are a lot of different variations out there, but a personal altar is essentially a sacred space in your home that serves as a “spiritual center” where you can focus on being your highest self. It also consists of specific items meant to invite positive energy into your life.

10-10-10: What It Means To The Geek Crowd And Beyond by Ray Willington It is being called a multitude of things: the Powers of Ten Day, Eames Day, 42 Day, etc. Some are just calling it 10/10/10 day, or Ten Ten Ten day. It's one of those calendar oddities that no one really know how to explain, but for some reason, we're all fascinated by it. Ouroboros Historical representations[edit] Antiquity[edit] In ancient Egypt, the scarab (or dung beetle) was viewed as a sign of eternal renewal and reemergence of life, a reminder of the life to come. (See also "Atum" and "Ma'at.") Beginners in Magic Start here! Puzuzu brings you a beginners guide on how to get started in Spells and Magic and use this site to help you. What is Thou looking for? If you can't find it, then search the web for right here...

witch By Doreen Valiente Hear now the words of the witches, The secrets we hid in the night, When dark was our destiny’s pathway, That now we bring forth into the light. Mysterious water and fire, The earth and the wide-ranging air. By hidden quintessence we know them, And will and keep silent and dare. The birth and rebirth of all nature, The passing of winter and spring, We share with the life universal, Rejoice in the magickal ring. Chants, Blessings, Prayers and Charms A Spell to Cast Away Darkness Belisama Fire 2001 In the center of the darkest storm, New Tamper-Resistant OxyContin Tablets to be Released August 2010 - National Association of Boards of Pharmacy® (NABP®) Reformulated OxyContin® tablets, designed to prevent abuse of the prescription pain medication, will be released during the month of August 2010. Purdue Pharma L.P. has notified Drug Enforcement Administration (DEA) about the new formulation and provided details about the changes to the tablets. Reformulated tablets have a different marking (“OP” rather than “OC”), and have been designed to prevent the medication from being cut, broken, chewed, crushed, or dissolved – methods that are used to circumvent the timed-release action of the medication. In addition, the reformulated OxyContin 60 mg and 80 mg tablets are slightly larger in size. DEA notes that the release of the new OxyContin formulation, and discontinuation of the prior formulation, may lead to changes in patterns of abuse, related health care needs, and in illegal activities involving OxyContin and other opioid drugs.

The Sabbats of Wicca Learn Wicca / Wicca 101 / Faerie Tradition Because witches honor nature, they have eight festivals, or Sabbats, that mark the year as it turns through its seasons. The following is basic information about these Sabbats, and includes both standard Wiccan information as well as my personal Sabbat lore and experiences, in other words, what I perceive the Sabbats to be. Casting a Circle The Purposes of a Circle A sacred circle has several purposes, the most significant of which is to define an area where formal ritual work can be performed. A circle is a place in which the rules and conditions are different to that of the everyday world. A circle is not a barrier, but a doorway to another world. To contain any magickal energy raised and to prevent its dissipation until it has been used up is another purpose of the circle.

The Wiccan Way - Sabbats Wiccans have eight festivals during the year which are referred to as Sabbats. They are solar rituals that mark the movement of the sun as it travels the wheel of the year and of life and nature itself. They are divided into two groups; one of these being the lesser Sabbats which mark the equinoxes and solstices and the others are major Sabbats that mark agriculture and fertility.