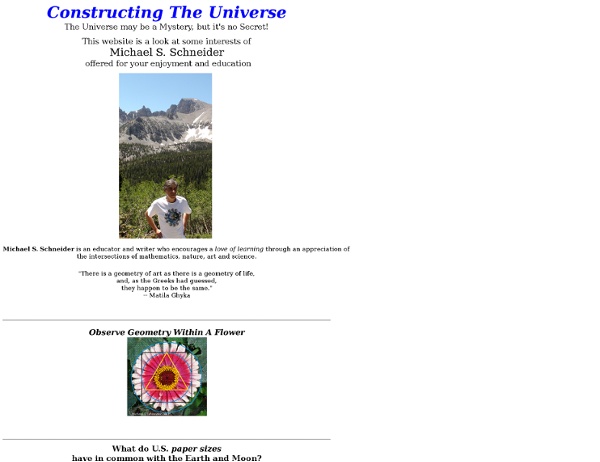 Christmas Home Page John Rosasco is a four-time Grammy nominated music composer, producer and pianist. John also has a M.A. in Mathematics from California State University Sacramento and graduate studies in mathematics at U.C. Berkeley. He teaches math classes privately through his website at mathandmusicstudio.com. His educational interests include geometric topology and working with gifted children. By John Rosasco It is often said in recent times that we live in a new world of global competition. Most Americans see the direct correlation between a nation’s economic prosperity and its education systems, however, they are divided about how to improve our students’ math skills — a critical component in global competition. There is a call among math educators for simplification in the introductory algebra course. I. II. High school algebra and geometry have been designed as preparation for calculus. copyright 2009 by John Rosasco

MF Global’s Corzine Ordered Funds Transferred, Memo Says Jon S. Corzine, MF Global Holding Ltd. (MFGLQ)’s chief executive officer, gave “direct instructions” to transfer $200 million from a customer fund account to meet an overdraft in a brokerage account with JPMorgan Chase & Co. Edith O’Brien, a treasurer for the firm, said in an e-mail quoted in the memo that the transfer was “Per JC’s direct instructions,” according to a copy of the memo obtained by Bloomberg News yesterday. The account could have contained both client and company funds, the memo notes. “If client funds were transferred at his direction, it raises new questions,” Seth Berenzweig, managing partner at Berenzweig Leonard LLP, a law firm in McLean, Virginia, said in an interview with Bloomberg Television. ‘Funds Were Safe’ Steven Goldberg, a spokesman for Corzine, said in a statement that Corzine “never gave any instruction to misuse customer funds and never intended anyone at MF Global to misuse customer funds.” $200 Million Transfer ‘Never Intended’ “He never directed Ms.

Atlantis and the Earth Grid from: The Electromagnetic GridFrom: "The Light Shall Set You Free" -Norma J. MalanovichPart 1 In Atlantis, an etheric energy matrix existed beneath the earth's surface, providing a lattice network for such activities as telepathic communication and healing. This matrix was known as a grid, which is defined as a network of uniformly spaced horizontal and vertical bars or lines, especially one for locating points when placed over a map, a chart, building plan, etc. This grid was a system of electromagnetic frequencies created through worldwide linkages, made by human thought waves and energy transmitted by the Earth and through crystals. This electromagnetic grid existed for centuries and supported the higher-dimensional existence of the Atlanteans. The intricate landscaping produced by their efforts to connect the Heavens to Earth was completed in cooperation with the Elohim and the Devic kingdoms. The Electromagnetic Grid Cannot Be Misused

Evicting Einstein A physics experiment on the drawing board for the International Space Station could help find the grand unifying "Theory of Everything." Listen to this story via streaming audio, a downloadable file, or get help. March 26, 2004: Sooner or later, the reign of Einstein, like the reign of Newton before him, will come to an end. An upheaval in the world of physics that will overthrow our notions of basic reality is inevitable, most scientists believe, and currently a horse race is underway between a handful of theories competing to be the successor to the throne. Right: According to Einstein's theory of general relativity, the sun's gravity causes starlight to bend, shifting the apparent position of stars in the sky. A new concept for an experiment to test the predictions of Einstein's relativity more precisely than ever before is being developed by scientists at NASA's Jet Propulsion Laboratory (JPL). A House Divided The stalemate between these two theories has gone on for decades. Web Links

Math Circles, Blogs, and Summer Camp, Oh My! Starting a Math Circle A little over a year ago, someone on Living Math Forum asked for advice. She wanted to start a math circle. I was in a hurry, and gave her some quick thoughts. Rodi wrote: Some homeschool families in our community are hoping to start a math club, or even a math circle. We did end up talking on the phone, and Rodi decided to attend the Math Circle Institute. Rodi knew exactly what she wanted. Bits of Bob (collected during the math circles held at the 2011 Math Circle Institute) Imagine that an "accessible mystery" has been posed - an intriguing math problem that will have the participants scratching their heads for the next hour. By the the way, “obviously” means “I don’t know what the heck I’m talking about.”I’m going to put something on the board. Rodi's concept of how a math circle begins, as she learned about them from Bob, Ellen, and Amanda: Ask an interesting question.Throw out the history behind it.Bring in other aspects of life that are related.

YAY MATH! Algebra Geometry Math Videos Online | Homework Help Math Books: Recommended books about mathematics Countless math books are published each year, however only a tiny percentage of these titles are destined to become the kind of classics that are loved the world over by students and mathematicians. Within this page, you’ll find an extensive list of math books that have sincerely earned the reputation that precedes them. For many of the most important branches of mathematics, we’ve provided what we consider to be the best math books for the subject at hand. We aimed for a list of titles that were either introductory in nature or that fall into the category of “must-have” math reference books. Naturally a universal consensus doesn’t exit, but the books below are as close as it gets to a wish list for any aspiring mathematician or person who’s interested in mathematics. Contemporary Abstract Algebra by Joseph Gallian Review: The seventh edition of Contemporary Abstract Algebra covers the basics of abstract algebra with clarity and a rarely seen brightness. Abstract Algebra by David S. by G.

Geometry - Reflection Every point is the same distance from the central line ! ... and ... The reflection has the same size as the original image The central line is called the Mirror Line ... A reflection is a flip over a line How Do I Do It Myself? Labels It is common to label each corner with letters, and to use a little dash (called a Prime) to mark each corner of the reflected image. Here the original is ABC and the reflected image is A'B'C' Some Tricks X-Axis When the mirror line is the x-axis we change each (x,y) into (x,−y) Y-Axis When the mirror line is the y-axis we change each (x,y) into (−x,y) Fold the Paper And when all else fails, just fold the sheet of paper along the mirror line and then hold it up to the light !