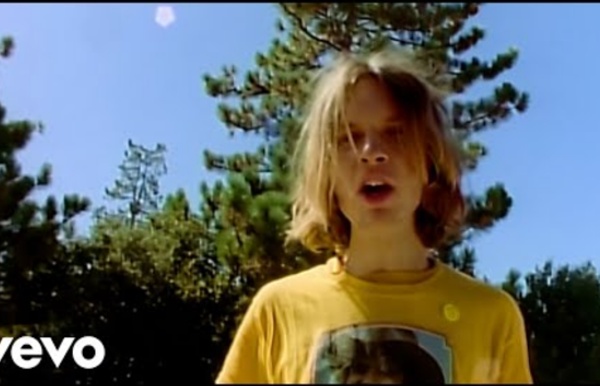 Swoon The Ultimate Collection Swoon is one of the most remarkable musical phenomena of our time. Featuring favourites from the original collections alongside tracks never heard before on a Swoon album. 20 years ago, ABC Classic FM’s Breakfast presenter Christopher Lawrence and producer Philip Carrick had an idea: amidst the up-beat music that listeners needed to kick-start their day, they introduced a segment dedicated to calm and reflection, a moment to draw breath before the day started. They chose music that would make the world stand still – and Swoon was born. The initial Swoon CDs were the highest-selling classical compilations in the history of Australian music, but have been long out of print.

Rolling Stone's 500 Greatest Albums of All Time "The 500 Greatest Albums of All Time" is a 2003 special issue of American magazine Rolling Stone, and a related book published in 2005.[1] The lists presented were compiled based on votes from selected rock musicians, critics, and industry figures, and predominantly feature British and American music from the 1960s and 1970s. From 2007 onwards, the magazine published similarly titled lists in other countries around the world. In 2012, Rolling Stone published a revised edition of the list drawing on the original and a later survey of albums in the 2000s.[2] It was made available in "bookazine" format on newsstands in the US from April 27 to July 25. The new list contained 38 albums not present in the previous one, 16 of them released after 2003.

Issue 26 Playlist: Wheels Photo by Anna Kaminski. Creedence Clearwater Revival's Proud Mary, with the famous lines "Big wheels keep on turnin' / Proud Mary keep on burnin'", was patched together from a string of riffs and lines John Fogerty had noted down during his time in The National Guard. When Solomon Burke recorded his soulful version of the song, these same riffs and lines took on a whole other meaning of African-American liberation on board a ship destined for the deep South. The Chieftains Jones Hall, Houston 2013PHOTOGRAPHER: Lauren Harnett 2017 marks their 55th Anniversary and The Chieftains invite you to come celebrate with them at a concert or two. Starting in February, you can expect to see The Chieftains performing throughout the United States. For dates and details click here. The Chieftains are excited to announce that they will be performing in Toulouse and Quimper France in June.

The White House has just shared Obama's Spotify jams with the public Ever wonder what Barack Obama listens to to take the edge off during and after a long day of governance? The White House has a Spotify account, and it just shared its most important resident’s playlist of 40 summer jams. The 40 tracks are divided into two playlists, Day and Night. Maybe that first track, The Temptations’ ‘Ain’t Too Proud to Beg’, was on a regular rotation during nuclear negotiations with Iran, though that depends on your opinion of the deal… And ‘Another Star’ is among the more Cuban-feel of Stevie Wonder’s tunes. We already knew what Stevie meant to Barack Obama.

Jimmy Ruffin, Motown singer, dies aged 78 20 November 2014Last updated at 01:08 ET Ruffin, pictured in 1998, was approached to join the Temptations before his brother Jimmy Ruffin, the Motown performer who scored his biggest hit with 1966's What Becomes of the Broken Hearted, has died at the age of 78. Top 10 Irish Music Starter CDs Boiling Irish music down into just ten CDs is impossible, but if you're a beginner, you've got to start somewhere, right? These excellent albums might be just the introduction you're looking for. If you're already a big Irish music fan and you don't happen to have any of these in your collection, what are you waiting for? Ludwig van Beethoven Ludwig van Beethoven ( i/ˈlʊdvɪɡ væn ˈbeɪ.toʊvən/; German: [ˈluːtvɪç fan ˈbeːt.hoːfən] ( Born in Bonn, then the capital of the Electorate of Cologne and part of the Holy Roman Empire, Beethoven displayed his musical talents at an early age and was taught by his father Johann van Beethoven and Christian Gottlob Neefe.

Celtic music Celtic music is a broad grouping of musical genres that evolved out of the folk musical traditions of the Celtic people of Western Europe.[1][2] It refers to both orally-transmitted traditional music and recorded music and the styles vary considerably to include everything from "trad" (traditional) music to a wide range of hybrids. Often the melodic line moves up and down the primary chords in so many songs. There are a number of possible reasons for this: Melodic variation can be easily introduced. These two latter usage patterns may simply be remnants of formerly widespread melodic practices.

The xx Share New Song “On Hold,” Sample Hall and Oates: Listen The xx have shared the first full song from their next album, I See You. “On Hold” is out now; you can stream it below. The track prominently samples “I Can’t Go For That (No Can Do),” the 1981 hit by Hall and Oates. The xx recently shared several brief snippets of new music. Irish flute The term Irish Flute (Irish: fliúít Gaelach) or "Scottish Flute" (in a Scottish setting)[1] refers to a conical-bore, simple-system wooden flute of the type favoured by classical flautists of the early 19th century, or to a flute of modern manufacture derived from this design (often with modifications to optimize its use in Irish Traditional Music or Scottish Traditional Music[1]). The vast majority of traditional Irish flute players use a wooden, simple-system flute.[2] Although it was, and is, played in every county in Ireland, the flute has a very strong heartland in the mid-western counties of Sligo, Leitrim and Roscommon, with South Fermanagh, East Galway, Clare and West Limerick also having a reputation.[3] §Physical characteristics[edit]