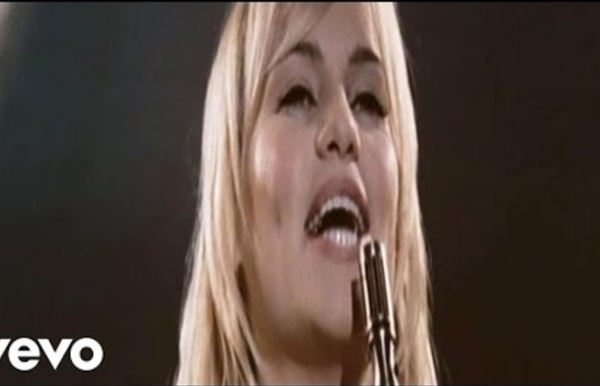 Ludwig van Beethoven Ludwig van Beethoven ( i/ˈlʊdvɪɡ væn ˈbeɪ.toʊvən/; German: [ˈluːtvɪç fan ˈbeːt.hoːfən] ( Born in Bonn, then the capital of the Electorate of Cologne and part of the Holy Roman Empire, Beethoven displayed his musical talents at an early age and was taught by his father Johann van Beethoven and Christian Gottlob Neefe. Biography Background and early life Prince-Elector's Palace (Kurfürstliches Schloss) in Bonn, where the Beethoven family had been active since the 1730s Beethoven was born of this marriage in Bonn. Beethoven's first music teacher was his father. A portrait of the 13-year-old Beethoven by an unknown Bonn master (c. 1783) Maximilian Frederick's successor as the Elector of Bonn was Maximilian Franz, the youngest son of Empress Maria Theresa of Austria, and he brought notable changes to Bonn. In March 1787 Beethoven traveled to Vienna (possibly at another's expense) for the first time, apparently in the hope of studying with Mozart. Establishing his career in Vienna Musical maturity

Celtic music Celtic music is a broad grouping of musical genres that evolved out of the folk musical traditions of the Celtic people of Western Europe.[1][2] It refers to both orally-transmitted traditional music and recorded music and the styles vary considerably to include everything from "trad" (traditional) music to a wide range of hybrids. Often the melodic line moves up and down the primary chords in so many songs. There are a number of possible reasons for this: Melodic variation can be easily introduced. These two latter usage patterns may simply be remnants of formerly widespread melodic practices. Often, the term Celtic music is applied to the music of Ireland and Scotland because both lands have produced well-known distinctive styles which actually have genuine commonality and clear mutual influences. Divisions[edit] Alan Stivell at Nuremberg, Germany, 2007 Forms[edit] Festivals[edit] The Celtic music scene involves a large number of music festivals. Massed pipers at the Lorient festival

Irish flute The term Irish Flute (Irish: fliúít Gaelach) or "Scottish Flute" (in a Scottish setting)[1] refers to a conical-bore, simple-system wooden flute of the type favoured by classical flautists of the early 19th century, or to a flute of modern manufacture derived from this design (often with modifications to optimize its use in Irish Traditional Music or Scottish Traditional Music[1]). The vast majority of traditional Irish flute players use a wooden, simple-system flute.[2] Although it was, and is, played in every county in Ireland, the flute has a very strong heartland in the mid-western counties of Sligo, Leitrim and Roscommon, with South Fermanagh, East Galway, Clare and West Limerick also having a reputation.[3] §Physical characteristics[edit] The flute has six main finger-holes. Wooden flutes have a cylindrical bore in the head and a conical bore in the body. There is some confusion with modern players in that a modern Boehm keyed system flute is typically pitched in C. Rolls Cranns

Celtic Woman Albums[edit] The release of the second album, Celtic Woman: A Christmas Celebration, on 19 October 2006 knocked their first album to the #2 spot on the World Music chart.[9] In preparation for their third studio album, Celtic Woman performed at Slane Castle in County Meath, Ireland, on 23 and 24 August 2006, with this show airing on PBS during December 2006. The studio album, titled Celtic Woman: A New Journey, was released on 30 January 2007. A fourth album, Celtic Woman: The Greatest Journey, was released in 28 October 2008. The group recently released their sixth album, Lullaby, available through PBS pledge or the QVC shopping website.[13] On February 15, 2011, it was released by other major retailers as a limited edition album. On October 9, 2012, the group released its second worldwide Christmas album "Home for Christmas". In July 2013, Celtic Woman released a promotional video on its YouTube channel for a new PBS special, due to be screened in early 2014. Tours[edit] See also[edit]

Top 10 Irish Music Starter CDs Boiling Irish music down into just ten CDs is impossible, but if you're a beginner, you've got to start somewhere, right? These excellent albums might be just the introduction you're looking for. If you're already a big Irish music fan and you don't happen to have any of these in your collection, what are you waiting for? 1. (c) RCA Victor The Chieftains are perhaps the best-known traditional Irish group among American listeners, having been around the longest, played the most places, and sold the most records. 2. (c) Shanachie This debut album by Planxty was released in 1972 and really redefined how the folk music community perceived Irish music. 3. This 2000 album by Solas, who are probably the most popular Irish music group of the modern generation, is a particularly good one for those just starting in on Irish music, who might not be so into a CD of straight-ahead old-style tunes. 4. (c) Green Linnet 5. 6. Rounder Records, 2005 7. (c) Compass Records 8. (c) Mulligan Records 9. 10.

Top 100 Best Acoustic Songs Ever -The Greatest of All Time | Acoustic Guitar Music | TopAcousticSongs.com Here is a list of the best acoustic songs ever written. Acoustic music has come a long way over the years, so many are “oldies” and many are “newies.” We are basing this list off of historical album sales, the ever so objective factor of acoustic-ness, but mostly how easily they make us cry. They are mostly arranged in alphabetical order, by song – so make sure you check out the whole list! Feel free to give your input on suggestions, changes, discards, or songs we may have forgot about. Also, for those interested in a serious path to learning guitar, please see our trusted partner, Guitar Tricks: Click the links to listen to the songs. Listen 1-9 Listen 10-19 Listen 20-29 Listen 30-39 Listen 40-49 Listen 50-59 Listen 60-69 Listen 70-79 Listen 80-89 Listen 90-100 **ALPHABETICAL ORDER (Roughly)** 1. 3 AM – Matchbox 20 2. 10,000 Stones – Adrianne 3.

Jimmy Ruffin, Motown singer, dies aged 78 20 November 2014Last updated at 01:08 ET Ruffin, pictured in 1998, was approached to join the Temptations before his brother Jimmy Ruffin, the Motown performer who scored his biggest hit with 1966's What Becomes of the Broken Hearted, has died at the age of 78. News of his death follows reports last month that he was seriously ill and in intensive care at a Las Vegas hospital. Born in Mississippi, Ruffin moved to Detroit in the early 1960s and was signed to Motown's Miracle label. He moved to the UK in the 1980s, where he recorded songs with Paul Weller and Heaven 17. Ruffin's other hits included I've Passed This Way Before, Gonna Give Her All the Love I Got and Hold On To My Love, a top 10 hit in 1980. His younger brother David, one of the early members of the Temptations, died in 1991 of a drug overdose, prompting his sibling to become an anti-drug campaigner. A family statement said that Ruffin was "a rare type of man who left his mark on the music industry".

Relaxing rain audio for work, play and sleep ♫ Tony-b Machine ♫ Swing music History[edit] 1920s: Origins[edit] Like jazz, swing was created by African Americans, and its impact on the overall American culture was such that it marked and named an entire era of the USA, the swing era – as the 1920s had been termed "The Jazz Age".[1] Such an influence from the black community was unprecedented in any western country.[1] Swing music abandoned the string orchestra and used simpler, "edgier" arrangements that emphasized horns and wind instruments and improvised melodies. Louis Armstrong shared a different version of the history of swing during a nationwide broadcast of the Bing Crosby (radio) Show.[2] Crosby said, "We have as our guest the master of swing and I'm going to get him to tell you what swing music is." Armstrong said, "Ah, swing, well, we used to call it syncopation — then they called it ragtime, then blues — then jazz. 1930: Birth of swing[edit] 1935-1946: The Swing Era[edit] Benny Goodman, one of the first swing bandleaders to achieve widespread fame.