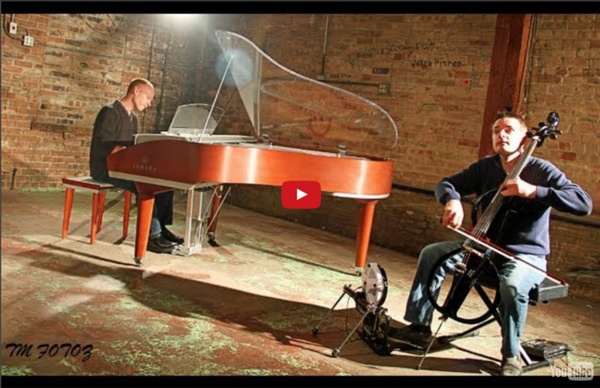 Astrophysicist Writes Brutal Response To WSJ Article Claiming Science Has Proven God Exists Recently – Christmas Day, in fact – the Wall Street Journal published an article by a Christian apologist who boldly declared that science was “increasingly” making the case for God, year-after-year. Eric Metaxas is best known as a biographical writer, but he is also lauded (in conservative circles) for his work promoting the pro-life movement and making sweeping, outrageous conclusions about the existence of God based on whatever tenuous evidence seems handy at the time. If sweeping, outrageous conclusions be Metaxas bread-and-butter, than his Wall Street Journal article is perhaps his magnum opus. It’s a doozy.

Songwriting Exercises - Handout Songwriting Exercises by Joel Mabus Scaffolding Body Painter Transforms Humans Into Breathtaking Portraits Of Animals There’s more to this beautiful heron than meets the eye. It’s actually a human body covered intricately in paint. The stunning work was created by artist Shannon Holt, a body painter from Florida who’s known for her ability to transform the human body into a canvas for beautiful art. Songs So Bass-y, So Loud They'll Destroy My Subwoofers I am a 34-year-old college sophomore Requested by too old to be a college student · Compiled by bumbee …and I’m a 28-year-old senior. A Guy Created Hilarious Fake Animal Facts & Put Them Up At The Zoo If you've ever been to a zoo, you know that those little 'blurbs' on the animal signs can often go overlooked. Most people don't care what country the red-tailed hawk originated from or the typical shade of bamboo koalas prefers to snack on at night. Comedian Jeff Wysaski (aka Obvious Plant), decided to spice up those fun facts by making them, well, not facts at all.

Video Game Music You will get very nostalgic as I did listening to these old memories. I almost dropped a tear while listening no Pokemon Pallet Town theme song. So, did you get nostalgic after hearing some of your childhood classics? The times when you have played these games with your school friends or even at the university or at bars. Which one almost made you drop a tear? Rating: 4.8/ 5 (119 votes cast) An American Tragedy The election of Donald Trump to the Presidency is nothing less than a tragedy for the American republic, a tragedy for the Constitution, and a triumph for the forces, at home and abroad, of nativism, authoritarianism, misogyny, and racism. Trump’s shocking victory, his ascension to the Presidency, is a sickening event in the history of the United States and liberal democracy. On January 20, 2017, we will bid farewell to the first African-American President—a man of integrity, dignity, and generous spirit—and witness the inauguration of a con who did little to spurn endorsement by forces of xenophobia and white supremacy. It is impossible to react to this moment with anything less than revulsion and profound anxiety. All along, Trump seemed like a twisted caricature of every rotten reflex of the radical right. In the coming days, commentators will attempt to normalize this event.

Infinite Jukebox Lets You Listen to an Ever-Changing Version of Your Favorite Song, Forever Do you really, really like one particular song – enough to listen to it forever? Well, now you can. Seriously, you can now start your favorite song and hear it played in random variations until the end of time. Or until December 21st, according to some people. Your gateway to this is the Infinite Jukebox, “for when your favorite song just isn’t long enough,” it says.