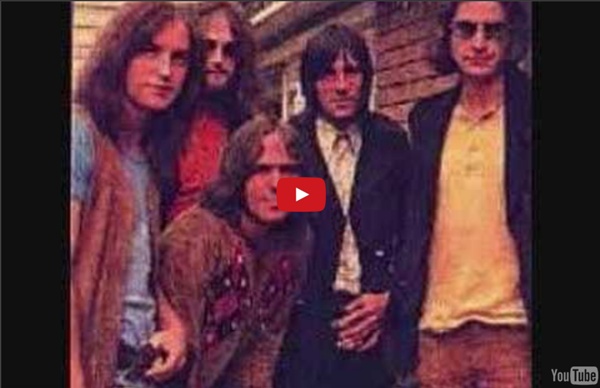 Chav “This article is brought to you by the letter E and the number 17!” “Dis breh be nang, blad! I beg him join my crew.” Saint Chav of Walthamstow is one of the even lesser British saints of late Roman and early Celtic times. He was the first Christian martyr on the island of Britain, and don't be taking any dissin' from the followers of that St. The heraldic shield of Saint Chav of Walthamstow: Or, crosses Black and Argent, banded Copper and a soupçon of White Lightning to taste. Historical record of St. St. Chaue waſ a fyne figure of Pagan youth, caſting ſigneſ and gettin' down with ye ſkyrte at ye ſaturday Night Wickerman Barbecue, whenne, after a tankard of mead too many, there came upon him a uiſion of ye ſupply-ſide Ieſuſ, who enlightened him aſ to ye holy nature of ye Blyng in ye gathering of ye Homieſ and ye Bytcheſ for ye ſkinny ſhort pale celt. Bede tells the tale of Chav's execution in his famed history No Really Guv, This Bloke Down Ye Pub Told Me: Journeys of Chav

Lou Reed walk on the wild side Led Zeppelin Loses First Round in ‘Stairway to Heaven’ Lawsuit Jessa Seewald and Jill Dillard say their parents used “safeguards” to protect them from their brother, Josh Duggar, after he molested them as well as two of their sisters when they were young. After the incidents, their parents, 19 Kids and Counting stars Jim Bob and Michelle Duggar, talked to their 19 children about “not being alone,” Jill, 24, told Megyn Kelly Friday on Fox News’ The Kelly File. “My parents said, ‘Okay, we’re not going to do this hide-and-seek thing where two people go off and hide together,’ ” the new mom explained. Their parents put “locks on the doors,” said Jill. “You know, everybody’s in bed. Jim Bob told Kelly on Wednesday that after Josh confessed at 14 that he had “improperly touched his sisters” while they were sleeping,” that he and his wife put “safeguards” into place to try to prevent him from doing it again. Jessa, 22, said she and her sister wanted to come forward to talk about what their brother had done to them. This article originally appeared on People

That's All for Everyone - Fleetwood Mac Atlantic Records Download/Stream "Summer Feelings" by Lennon Stella feat. Charlie Puth: Download/Stream SCOOB! The Album: SCOOB! Subscribe for more official content from Atlantic Records: Follow Lennon Follow Charlie Follow Atlantic The official Atlantic Records YouTube Channel is home to the hottest in hip-hop, rock, pop, R&B, indie, musicals and soundtracks. Download/Stream SCOOB! HuffPost is now a part of Verizon Media Musician Morrissey showed solidarity with a far-right British political party on “The Tonight Show Starring Jimmy Fallon” on Monday. The former Smiths frontman wore a pin with the logo of the anti-Islam For Britain as he performed his version of Jobriath’s 1973 song “Morning Starship” from his new covers album “California Son.” For Britain’s website calls for a reduction of immigration into the United Kingdom, protection of British culture and the “end of the Islamisation of the UK.” Anne Marie Waters, its leader, has previously described Islam as “evil.” Morrissey opened up about his support for the party in 2018. He said in an interview published on blog platform Tremr: I have been following a new party called For Britain which is led by Anne Marie Waters. For Britain uses Morrisey’s support as a recruitment tool on both social media and its website. Morrissey, a famed vegan and animal rights activist, was fiercely criticized on Twitter for wearing the pin.

Questlove: My Favorite Things of the Decade So, How Was Your Decade is a series in which the decade’s most innovative musicians answer our questionnaire about the people, places and things that shaped their decade. We’ll be rolling these pieces out throughout December. Few artists can truly stake a claim to the James Brown Honorary “Hardest Working Person in Show Business” Title, but Questlove is certainly a contender. At the top of his docket, of course, remains the Roots, with whom he released four studio albums in the 2010s, plus three collaborative LPs with John Legend, Betty Wright, and Elvis Costello. But that was just the tip of the Questlove iceberg. So, how was your decade? 10 records I listened to…..like they were….records? The artist who had the best decade was: Donald Glover. The craziest thing that happened to me in the 2010s was: You mean besides get the awesomest job ever, produce Fela! My least favorite trend in music this decade was: All the obituaries I had to write about its participants. 5. This is now my life.

Listen to Grace Slick's Hair-Raising Vocals in the Isolated Track for "White Rabbit" (1967) “One pill makes you larger and one pill makes you small…” Sometime in the summer of 2016, this isolated track of Grace Slick’s vocals for “White Rabbit”--probably the most famous Jefferson Airplane song and definitely one of the top ten psychedelic songs of the late ‘60s--popped up YouTube. As these things go, nobody took credit, but everybody on the Internet was thankful. Drenched in echo, Slick sings with martial precision, completely in command of her vibrato and dipping and rising all through the Phrygian scale (also known as the Spanish or Gypsy scale.) Bob Irwin, who was in charge of remastering Jefferson Airplane’s catalog in 2003, was the first to hear Slick’s isolated vocals after many, many years: When you put up the multi- tracks of the performances to something like “White Rabbit” and isolate Grace’s vocal...you can’t believe the intensity in that vocal. Rhythm guitarist David Minor recalled that the song came out of a songwriting request to the other members of the band.

Awkwafina Actor and rapper from New York Early life[edit] Lum was born in Stony Brook, New York, on Long Island,[3] to a Chinese-American father, Wally, and a South Korean immigrant mother, Tia, a painter.[4][5][6][7][8][9] She grew up in Forest Hills, Queens. Her mother died from pulmonary hypertension when Lum was 4, and she was raised by her father and paternal grandparents, becoming especially close to her paternal grandmother.[10][11] One of her paternal great-grandfathers was a Chinese immigrant in the 1940s who opened the Cantonese restaurant Lum's in Flushing, Queens,[8] one of the neighborhood's first Chinese restaurants.[10] Career[edit] Music[edit] She was part of the lineup at Tenacious D's Festival Supreme on October 25, 2014.[21] In 2016, she collaborated with comedian Margaret Cho on "Green Tea", a song that pokes fun at Asian stereotypes.[22] She released an EP called In Fina We Trust which consists of 7 tracks on June 8, 2018.[23] Acting[edit] Feature films[edit] Activism, writing[edit]