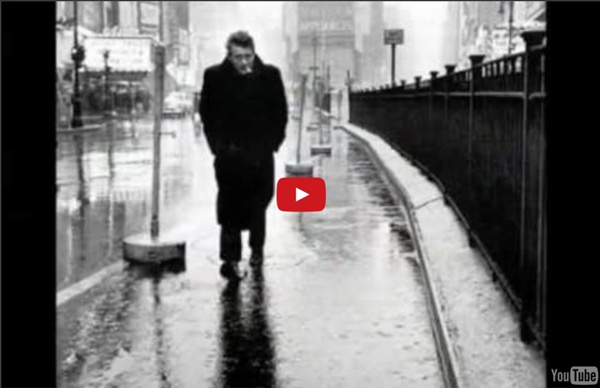 Simon & Garfunkel - The Sounds of Silence (Audio) Non, je ne regrette rien "Non, je ne regrette rien" (French pronunciation: ​[nɔ̃ ʒə nə ʁəɡʁɛtə ʁjɛ̃], meaning "No, I regret nothing") is a French song composed by Charles Dumont, with lyrics by Michel Vaucaire. It was written in 1956, and is best known through Édith Piaf's 1960 recording, which spent seven weeks atop the French Singles & Airplay Reviews chart.[1] Piaf dedicated her recording of the song to the French Foreign Legion.[2] At the time of the recording, France was engaged in a military conflict, the Algerian War (1954–1962), and the 1st REP (1st Foreign Parachute Regiment) — which backed a temporary putsch of 1961 by the French military against president Charles de Gaulle and the civilian leadership of Algeria – adopted the song when their resistance was broken. The leadership of the Regiment was arrested and tried but the non-commissioned officers, corporals and Legionnaires were assigned to other Foreign Legion formations. Lyrics[edit] Other recordings[edit] Other languages[edit] References[edit]

Midnight Oil Midnight Oil won eleven Australian Recording Industry Association (ARIA) Awards during its career,[11] including induction into the Hall of Fame in 2006.[12][13] At the induction, ARIA chairman Denis Handlin described Midnight Oil as true legends that always led by example in a uniquely Australian way with music that is powerful, uncompromising, inspiring, entertaining and enduring.[6] Farm: 1972–1976[edit] 1976–1981[edit] Martin Rotsey, Midnight Oil guitarist, at the Souths Leagues Club in Brisbane, 2007 Fans, music industry, media[edit] Driven largely by commercial pressures to stay with reliable chart-toppers and teenage pop sensations, the Australian music industry in the mid-1970s cast a dismissive eye toward most bands with an alternative outlook. In retaliation, Morris banned Elder from Oil's shows permanently. Fans of the group were drawn to the band's "us and them" mindset, and fan loyalty to the Oils' ideas and music was fierce. Rise to fame: 1982–1985[edit] 10 to 1[edit]

Summertime From Wikipedia, the free encyclopedia Summertime may refer to: Summer, one of the temperate seasonsDaylight saving time (in American English; summer time, in British English), advancing the clock one hour during summer British Summer Time, the civil time during the summer months in the UK during which the clocks are advanced one hour Film and television[edit] Literature[edit] Music[edit] Albums[edit] Songs[edit] See also[edit]

The 1940's Radio Hour The 1940's Radio Hour is a Play with Music by Walton Jones. Full of 1940s music, dancing and old-time sound effects the play portrays the final holiday broadcast of the Mutual Manhattan Variety Cavalcade on the New York radio station WOV in December 1942. Plot[edit] The narrative concerns the harassed producer, the leading singer who is often drunk, the second banana who dreams of singing a ballad, the delivery boy who wants a chance in front of the mic, and the young trumpet-player who chooses a fighter plane over Glenn Miller. Characters[edit] Clifton Feddington: The announcer and general manager (head of everything at WOV). List of Musical Numbers[edit] Awards and nominations[edit] Original Broadway production[edit] References[edit] Notes External links[edit] The 1940's Radio Hour at the Internet Broadway Database

The Blues Brothers The Blues Brothers, more formally called The Blues Brothers' Show Band and Revue, are an American blues and rhythm and blues revivalist band founded in 1978 by comedy actors Dan Aykroyd and John Belushi as part of a musical sketch on Saturday Night Live. Belushi and Aykroyd, respectively in character as lead vocalist "Joliet Jake" Blues and harmonica player/backing vocalist Elwood Blues, fronted the band, which was composed of well-known and respected musicians. The Blues Brothers first appeared on Saturday Night Live on January 17, 1976.[1] The band made its second appearance as the musical guest on the April 22, 1978 episode of Saturday Night Live. They would make their third and last appearance on November 18, 1978.[2] After the death of Belushi in 1982, the Blues Brothers have continued to perform with a rotation of guest singers and other band members. Band members[edit] Original lineup[edit] Aside from the "brothers", all members performed under their real names. Other members[edit]

Leonard Cohen Leonard Norman Cohen, CC GOQ (born 21 September 1934) is a Canadian singer-songwriter, musician, poet, and novelist. His work has explored religion, politics, isolation, sexuality, and personal relationships.[2] Cohen has been inducted into the American Rock and Roll Hall of Fame and both the Canadian Music Hall of Fame and the Canadian Songwriters Hall of Fame. He is also a Companion of the Order of Canada, the nation's highest civilian honour. The critic Bruce Eder assessed Cohen's overall career in popular music by asserting that "[he is] one of the most fascinating and enigmatic … singer/songwriters of the late '60s … [and] has retained an audience across four decades of music-making … Second only to Bob Dylan (and perhaps Paul Simon) [in terms of influence], he commands the attention of critics and younger musicians more firmly than any other musical figure from the 1960s who is still working at the outset of the 21st century Early life[edit] Poetry and novels[edit]

Cream A milk bottle showing cream risen to the top Cream skimmed from milk may be called "sweet cream" to distinguish it from whey cream skimmed from whey, a by-product of cheese-making. Whey cream has a lower fat content and tastes more salty, tangy and "cheesy".[1] Types[edit] Different grades of cream are distinguished by their fat content, whether they have been heat-treated, whipped, and so on. United States[edit] In the United States, cream is usually sold as: Half and half (10.5–18% fat)Light cream (18–30% fat)Light Whipping cream (30–36% fat)Heavy cream (36% fat or more) Not all grades are defined by all jurisdictions, and the exact fat content ranges vary. Australia[edit] In Australia, the levels of fat in cream are not regulated, therefore labels are only under the control of the manufacturers. UK[edit] In the United Kingdom, the types of cream are legally defined[5] as followed: Canada[edit] Japan[edit] In Japan, cream sold in supermarkets is usually between 35% and 48% butterfat.

Eric Clapton Clapton has been the recipient of 17 Grammy Awards, and the Brit Award for Outstanding Contribution to Music. In 2004, he was awarded a CBE at Buckingham Palace for services to music.[6][7][8] In 1998, Clapton, a recovering alcoholic and drug addict, founded the Crossroads Centre on Antigua, a medical facility for recovering substance abusers.[9] Early life[edit] Eric Patrick Clapton was born in Ripley, Surrey, England, the son of 16-year-old Patricia Molly Clapton (7 January 1929 – March 1999) and Edward Walter Fryer (21 March 1920 – 15 May 1985), a 25-year-old soldier from Montreal, Quebec.[10] Fryer shipped off to war prior to Clapton's birth and then returned to Canada. Early career, breakthrough, and international success[edit] The Yardbirds and the Bluesbreakers[edit] In October 1963, Clapton joined The Yardbirds, a blues-influenced rock and roll band, and stayed with them until March 1965. Cream[edit] Clapton (right) with Cream

Annie Lennox In addition to her career as a musician, Lennox is also a political and social activist, notable for raising money and awareness for HIV/ AIDS as it affects women and children in Africa. In 2011, Lennox was appointed an Officer of the Order of the British Empire by Queen Elizabeth II for her "tireless charity campaigns and championing of humanitarian causes". On 4 June 2012, Lennox performed at the Queen's Diamond Jubilee Concert in front of Buckingham Palace, London. Lennox performed the song Little Bird during the 2012 Summer Olympics closing ceremony in London on 12 Aug 2012. Lennox has been named "The Greatest White Soul Singer Alive" by VH1 and one of The 100 Greatest Singers of All Time by Rolling Stone.[3] In 2012, Lennox was listed at number 22 on VH1's 100 Greatest Women in Music.[4] She has earned the distinction of "most successful female British artist in UK music history" due to her commercial success since the early 1980s. Early life Music career Lennox in the mid-1980s

2000 Years: The Millennium Concert 2000 Years: The Millennium Concert is a two-disc set and the third live album by Billy Joel, released in 2000. On 05/31/2000 it was certified Gold by the RIAA for sales of 250,000 copies. The album was recorded on New Year's Eve 1999 at Madison Square Garden in New York City, during Joel's The Night of Two Thousand Years Tour. Though some alterations were made before its release: some songs are not the same version featured in the original concert (like "Big Shot")[citation needed], others were edited in studio (some YouTube videos of "Scenes From An Italian Restaurant" show Billy singing offkey, while he sings perfectly on the album). 2000 Years: The Millennium Concert also marked the first time several songs had to be transposed to lower keys to accommodate Joel's deepening voice. Track listing[edit] All songs written by Billy Joel, except where noted. Disc one[1] Disc two[1] Certifications[edit] References[edit]