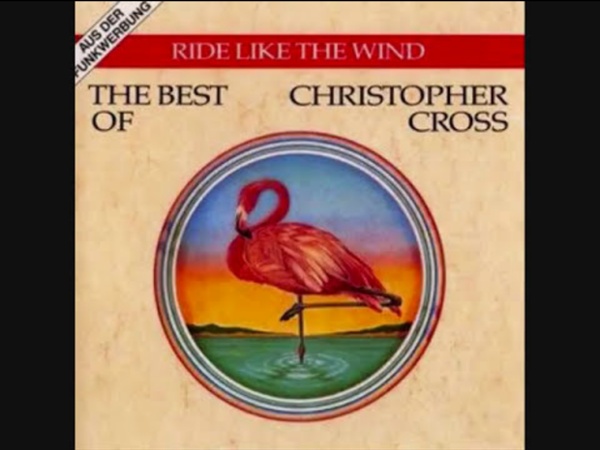 Jimmy Ruffin, Motown singer, dies aged 78 20 November 2014Last updated at 01:08 ET Ruffin, pictured in 1998, was approached to join the Temptations before his brother Jimmy Ruffin, the Motown performer who scored his biggest hit with 1966's What Becomes of the Broken Hearted, has died at the age of 78. News of his death follows reports last month that he was seriously ill and in intensive care at a Las Vegas hospital. Born in Mississippi, Ruffin moved to Detroit in the early 1960s and was signed to Motown's Miracle label. He moved to the UK in the 1980s, where he recorded songs with Paul Weller and Heaven 17. Swoon The Ultimate Collection | CD | ABC Shop Swoon is one of the most remarkable musical phenomena of our time. Featuring favourites from the original collections alongside tracks never heard before on a Swoon album. 20 years ago, ABC Classic FM’s Breakfast presenter Christopher Lawrence and producer Philip Carrick had an idea: amidst the up-beat music that listeners needed to kick-start their day, they introduced a segment dedicated to calm and reflection, a moment to draw breath before the day started. They chose music that would make the world stand still – and Swoon was born.

Top 10 Irish Music Starter CDs Boiling Irish music down into just ten CDs is impossible, but if you're a beginner, you've got to start somewhere, right? These excellent albums might be just the introduction you're looking for. If you're already a big Irish music fan and you don't happen to have any of these in your collection, what are you waiting for? 1. The Chieftains - 'Water From the Well' (c) RCA Victor

Pink Floyd discography Formed in 1965, Pink Floyd initially earned recognition for their psychedelic or space rock music, and, as they evolved, for their progressive rock music.[1] They are known for philosophical lyrics, sonic experimentation, innovative cover art, and elaborate live shows. One of rock music's most successful acts, the group have sold over 250 million albums worldwide,[2][3] including 74.5 million units sold in the United States alone.[4] Albums[edit] Studio albums[edit] Live albums[edit]

Ludwig van Beethoven Ludwig van Beethoven ( i/ˈlʊdvɪɡ væn ˈbeɪ.toʊvən/; German: [ˈluːtvɪç fan ˈbeːt.hoːfən] ( Born in Bonn, then the capital of the Electorate of Cologne and part of the Holy Roman Empire, Beethoven displayed his musical talents at an early age and was taught by his father Johann van Beethoven and Christian Gottlob Neefe. During his first 22 years in Bonn, Beethoven intended to study with Wolfgang Amadeus Mozart and befriended Joseph Haydn. Beethoven moved to Vienna in 1792 and began studying with Haydn, quickly gaining a reputation as a virtuoso pianist. He lived in Vienna until his death.

The 10 best female power dressers Margaret Thatcher Thatcher, Thatcher, style limelight-snatcher. The former PM cleverly refined her clothing to reflect her rising power. The pussycat bows of her early career were ditched. She stopped wearing hats, seen as too middle class, to appeal to the widest possible demographic. Celtic music Celtic music is a broad grouping of musical genres that evolved out of the folk musical traditions of the Celtic people of Western Europe.[1][2] It refers to both orally-transmitted traditional music and recorded music and the styles vary considerably to include everything from "trad" (traditional) music to a wide range of hybrids. Often the melodic line moves up and down the primary chords in so many songs. There are a number of possible reasons for this: Melodic variation can be easily introduced.

Stephen Hawking sampled on Pink Floyd’s The Endless River Stephen Hawking will feature on Pink Floyd’s new album, The Endless River. The 72-year-old physicist is sampled on a track called Talkin’ Hawkin’, which uses his synthesised speaking voice. A spokesperson for the band has confirmed that while Talkin’ Hawkin’ is not intended as a sequel to the previous Pink Floyd track Keep Talking, which also samples Hawking, it does borrow a clip of his speech from the same 1994 British Telecom commercial. David Gilmour chose to sample Hawking originally after he saw the BT advert and it “nearly made [him] weep”. “This was the most powerful piece of television advertising that I’ve ever seen in my life,” he said in a radio interview. “I don’t think he even wrote the words that they used with him, but … he was in it, in his wheelchair.

Irish flute The term Irish Flute (Irish: fliúít Gaelach) or "Scottish Flute" (in a Scottish setting)[1] refers to a conical-bore, simple-system wooden flute of the type favoured by classical flautists of the early 19th century, or to a flute of modern manufacture derived from this design (often with modifications to optimize its use in Irish Traditional Music or Scottish Traditional Music[1]). The vast majority of traditional Irish flute players use a wooden, simple-system flute.[2] Although it was, and is, played in every county in Ireland, the flute has a very strong heartland in the mid-western counties of Sligo, Leitrim and Roscommon, with South Fermanagh, East Galway, Clare and West Limerick also having a reputation.[3]

Bruce Springsteen's first seven albums get the remastered box set treatment Bruce Springsteen’s first seven albums will be reissued as a CD or vinyl box set, with five of them remastered for the first time for CD, and all the vinyl editions getting the remaster treatment for the first time. Accompanied by a 60-page book, The Album Collection Vol 1 1973-1984 is due out on 17 November. Coinciding with Springsteen’s 65th birthday, the set incorporates the following albums: Greetings from Asbury Park, NJ; The Wild, the Innocent and the E Street Shuffle; Born to Run; Darkness on the Edge of Town; The River; Nebraska; and Born in the USA. To clean up the audio, Springsteen worked with long-time collaborator Toby Scott, as well as Bob Ludwig, an engineering legend who has mastered most of the Boss’s albums since the early 80s. They transferred audio from the original analogue tapes, using a modern technique called the Plangent Process.

Celtic Woman Albums[edit] The release of the second album, Celtic Woman: A Christmas Celebration, on 19 October 2006 knocked their first album to the #2 spot on the World Music chart.[9] In preparation for their third studio album, Celtic Woman performed at Slane Castle in County Meath, Ireland, on 23 and 24 August 2006, with this show airing on PBS during December 2006.