Listen to a Wall of rock Music 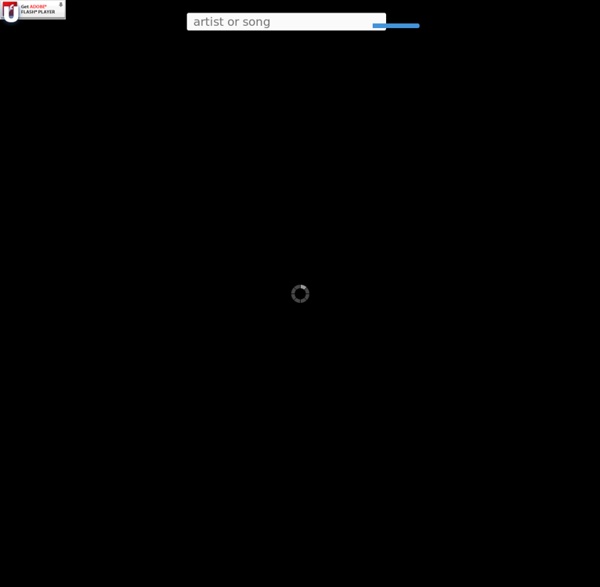 Sound Types FindSounds Search the Web for Sounds What types of sounds can be found on the Web using FindSounds? Below is a partial list. Zune.net The purpose of this Q&A is for Zune users to learn where to find information and support for their Zune products and services, and to learn how to take advantage of Xbox Music and Xbox Video. What’s changing with the Zune Marketplace? Zune Marketplace no longer supports rental and purchase of content, or browsing movies and TV shows. Will this impact my ability to use my Zune Music Pass? No. 'Walk Off the Earth' Gets 50 Million YouTube Views in a Month [VIDEO] - StumbleUpon Meet Walk off the Earth, the ultra-talented quintet that turned its version of a sleeper hit into a viral phenomenon on YouTube and earned itself a record deal. The Canadian indie band posted a video covering Gotye's "Somebody That I Used to Know" last month, and it has since been viewed on YouTube nearly 50 million times. The clip shows the band playing on a single guitar. One strums the guitar while the others tap and pluck along. Now the band — which has been together for nearly six years — has earned itself a record deal with Columbia Records. The captivating video caught the attention of Russell Crowe and Alyssa Milano, who tweeted the cover to their Twitter followers, and the band recently performed on Ellen.

Volunteer Opportunities The lifesaving work that United Hope for Animals is able to perform is due to both the critical work of volunteers and the kindness of donors. It takes a special person to step outside their normal life’s demands and give time and energy to helping ease the suffering of those special creatures that we call “man’s best friend.” Unfortunately man is not always a dog’s best friend, and that is why so many of these animals end up homeless, frightened and sick with no one to love and care for them. Shelter resources are limited and hard-working staff are overburdened trying to keep the basic necessities in place. That is where you come in.

Shooting The Tube Shooting The Tube These guys created a great water-slide with a lot of creativity, some body-boards and kayaks. Looks like some really good fun! Extra bonus; if you like the clothing, visit and type in "vrdevintube" on their website for 20% off on all apparel! More fun: Related Tweets: muso.html Muso is a Windows software application, which acts as both a centralised information repository for your music collection, and an intuitive graphical user interface to allow you to browse your albums, tag them, filter them, and sort them in various flexible ways. Muso provides an alternative front end to your music player and allows you to experience a more meaningful interaction with your music collection. What muso isn't

this song is sick Posted in Bangin, Video by nick | Tags: 2014, Chance the Rapper, Hip-Hop, LIVE, Lollapalooza Chance the Rapper made a legendary return to his home city of Chicago after gaining a monstrous global following as he played a huge set at the trend setting Lollapalooza music festival. This Sunday's set was a very special one for the rapper as him and his Social Experiment band went through an impressive collection of all the favorites from his popular mixtapes and even managed to slip in a few unreleased new tracks. List of common misconceptions - Wikipedia, the free encyclopedia - StumbleUpon From Wikipedia, the free encyclopedia This incomplete list is not intended to be exhaustive. This list corrects erroneous beliefs that are currently widely held about notable topics. Each misconception and the corresponding facts have been discussed in published literature. Note that each entry is formatted as a correction; the misconceptions themselves are implied rather than stated. Arts and culture