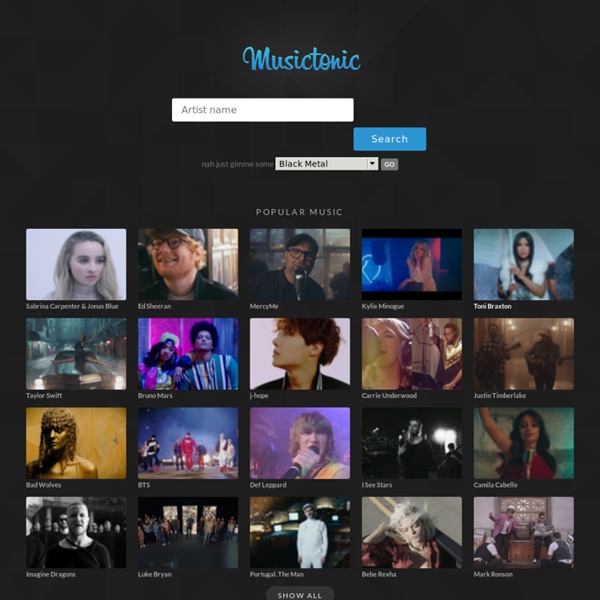 9 ways to enhance your Grooveshark experience We’ve already given you a great breakdown on the best online music streaming services available today, making it easy for you to choose which is best for you. Out of the four services however, Grooveshark is the only one available to a worldwide audience, with Rdio, Spotify and Pandora restricting use to certain countries. For those of you who have been left out of the cold, there’s no denying Grooveshark’s strengths, and with a few add-ons and apps, you can make your Grooveshark an even better experience, making the site the ideal alternative to Spotify, Pandora and Rdio. Access Grooveshark from your desktop with GrooveWalrus GrooveWalrus is a pretty simple Windows desktop application which lets you access pretty much all of Grooveshark’s features from the comfort of your desktop. While you can’t share songs to your social networks with GrooveWalrus, if all you’re concerned with is listening to music – the app has you covered.

100 Time-Saving Search Engines for Serious Scholars While burying yourself in the stacks at the library is one way to get some serious research done, with today’s technology you can do quite a bit of useful searching before you ever set foot inside a library. Undergraduates and grad students alike will appreciate the usefulness of these search engines that allow them to find books, journal articles and even primary source material for whatever kind of research they’re working on and that return only serious, academic results so time isn’t wasted on unprofessional resources. Note: Visit our updated list for the latest in academic search engines. General

100 Ways to Discover and Enjoy Music UPDATE 12/10/13: We’ve released a follow-up to this post with 100 More Ways to Discover and Enjoy Music. Prepare yourself for another dose of Monday roundup madness! It’s time for another crazily comprehensive, yet carefully curated, look at an entire industry–the music industry to be specific. This if the first in a two-part series on the music industry which will conclude next week. This week’s focus is on the consumer side of music. Music, Arts & Culture : Free Audio : Download & Streaming collection eye Listen to this collection of 78rpm records and cylinder recordings released in the early 20th century. These recordings were contributed to the Archive by users through the Open Source Audio collection. Artists available here include Ada Jones, Caruso, Eddie Cantor, Edison Concert Band, Harry MacDonough, Len Spencer, Paul Whiteman, and many others. by Other Minds Archive

Cannon The cannon was the first internal combustion engine, made possible by the discovery of nitrates Contents Introduction The smoothbore cannon, first appearing in the early 14th century in Europe, assumed its classic form at the beginning of the 17th century, which persisted unchanged to the mid-19th century, when it was superseded by the breechloading rifled gun.

The 50 Best Full Albums Free Online The following list is of the most popular full albums available for free on youtube. Have you ever just needed something to put on while you do a task but couldn't think of what to listen to at the time? Try using this list to find the music you know and to experiment with the music you don't. Every Noise at Once italian progressive metal deep symphonic black metal christian symphonic metal brazilian classical piano native american spiritual indonesian alternative rock William Basinski's A Shadow In Time is the tribute David Bowie deserves Drone master William Basinski’s new album A Shadow In Time is dedicated to David Bowie. Miles Bowe examines the record and talks to Basinski about its influences and significance. “Some old rotten things that the cat in New York had chewed up.” That’s how William Basinski described the loops that form the backbone of his towering new album A Shadow In Time to FACT before its live debut last year.

Saker (cannon) The saker was a medium cannon slightly smaller than a culverin developed during the early 16th century and often used by the English.[1] It was named after the Saker Falcon, a large falconry bird native to the Middle East.[2] A French version of the saker, the moyenne, meaning "middle sized", was often used at sea.[3] Venetian merchant ships often carried sakers to defend themselves from pirates, and similar cannons have been found on Spanish Armada wrecks.[11] In the New World the colonists removed the naval guns from their ships for use in land engagements, often installed in the forts they built to protect their newly founded towns from French, Spanish and hostile Indians.[12]