The Labyrinth of Genre 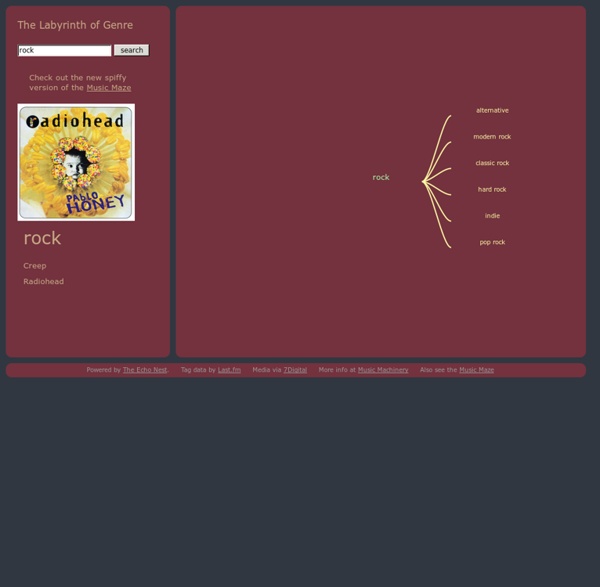 Properties of musical modes Modern Dorian mode on C Play Early Greek treatises on music do not use the term "mode" (which comes from Latin), but do describe three interrelated concepts that are related to the later, medieval idea of "mode": (1) scales (or "systems"), (2) tonos—pl. tonoi—(the more usual term used in medieval theory for what later came to be called "mode"), and (3) harmonia (harmony)—pl. harmoniai—this third term subsuming the corresponding tonoi but not necessarily the converse (Mathiesen 2001a, 6(iii)(e)). Every Noise at Once italian progressive metal deep symphonic black metal christian symphonic metal brazilian classical piano native american spiritual Top 100 Best Acoustic Songs Ever -The Greatest of All Time Here is a list of the best acoustic songs ever written. Acoustic music has come a long way over the years, so many are “oldies” and many are “newies.” We are basing this list off of historical album sales, the ever so objective factor of acoustic-ness, but mostly how easily they make us cry.

Headphones on. Eyes closed. Music: take me away. I’m in the mood to drunkenly dance to very loud music that I can sing to. Requested by Ellie · Compiled by Ilana 01. The Kingsmen - “Louie Louie” (Very Best: Kingsmen) 02. Create Something. Donate Login Remember Me How-To: Easily Remove the Vocals from Most Songs 2015 Shortcut: When I wrote this article Audacity didn’t have an automatic center-panned vocal canceling effect… but now it does, so rather than do the stereo-separate / invert-one-track / play-both-as-mono trick (and that’s pretty much all there is to it), you should be able to find the Vocal Remover option in the Effects menu – but it’s more fun / interesting and can give better results if you do it yourself! =D I found this trick the other day whilst stumbling the Interwebs and thought I’d do a quick-write up w/ pictures to make it as easy as possible… For this exercise we’re going to be using a piece of free audio software called Audacity, which you can get for Linux, Windows and Mac. Update: If you’re trying this out on a Mac, please make sure you get Audacity 1.3 Beta or newer – the stable 1.2 version appears to have a missing equaliser decibal-range slider which you need towards the end of the process!

I Like Music cartoon by Stuart McMillen - Recombinant Records This cartoon is dedicated to my number one resource for music discovery: rateyourmusic.com.If you were into this cartoon, the book I quoted from, "Our Band Could Be Your Life" is well worth the price. As are the music, concert tickets and merchandise of all bands in question.Much of this cartoon was drawn in "a world of books, and silent times in thought" - the UQ Social Sciences and Humanities library. Back to post / website. View/add comments for this article.I Like Muisc by Stuart McMillen. July 2009. I like music that is a collision of noise and melody.

National Jukebox LOC.gov WARNING: Historical recordings may contain offensive language. Read the disclaimer Now Playing... Elk's reunion march Le parlate d'amor El teléfono a larga distancia At the jazz band ball Everybody's jazzin' it Pack up your troubles in your old kit bag and smile, smile, smile! View This Playlist 30 Albums That Define Cool Any album “list” is going to be incomplete. It’s going to be filled with albums you agree with, artists you hate and some sort of commentary that you probably disagree with. This list is no different. However, rather than ranking these in order of importance or influence, we decided to pick 30 Albums that Define Cool. It’s not a “Best of XXXX” list by any stretch of the imagination (because honestly, that would be presumptuous), just thirty albums that we think are cool.

A 160+ Cover Song Playlist So. I know it’s Wednesday, but in light of my going AWOL last Friday I’m releasing two playlists this week. The first is very near and dear to my heart: freaking cover songs.