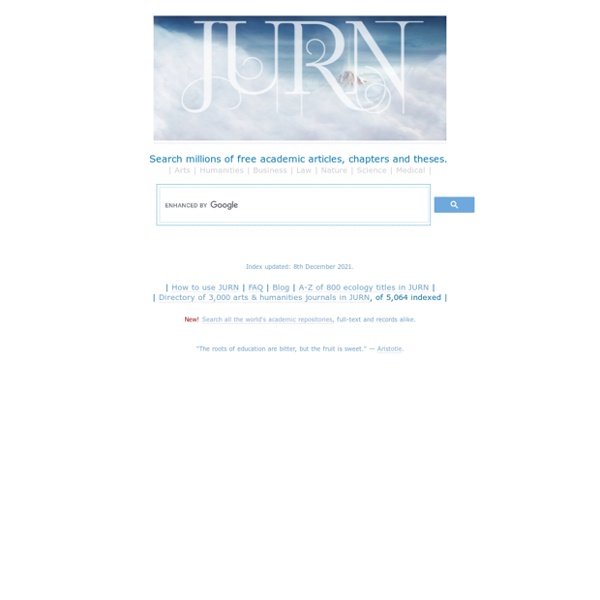 Public Domain Review In this section of the site we bring you curated collections of images, books, audio and film, shining a light on curiosities and wonders from a wide range of online archives. With a leaning toward the surprising, the strange, and the beautiful, we hope to provide an ever-growing cabinet of curiosities for the digital age, a kind of hyperlinked Wunderkammer – an archive of materials which truly celebrates the breadth and variety of our shared cultural commons and the minds that have made it. Some of our most popular posts include visions of the future from late 19th century France, a dictionary of Victorian slang and a film showing the very talented “hand-farting” farmer of Michigan. With each post including links back to the original source we encourage you to explore these wonderful online sources for yourself.

PowerMyLearning Connect Collaborate with teachers in your school Engage families in the learning process Mix and match educator-curated activities Design your own flexible playlists Provide targeted professional development Ignite student curiosity Page Ruler - a Google Chrome extension - blarg.co.uk Page Ruler is a Google Chrome extension that lets your draw out a ruler to any page and displays the width, height and position of it. It currently has over 300,000 users and is the most popular ruler extension for Chrome. Click Here to Install Page Ruler for Google Chrome Literature [ home ] Major update during Aug.-Oct. 2014. Quite a bit of new material that's of course not marked in any way as the newer stuff so you'll just have to poke around. Major update during Nov. 2008 including reformatting (e.g. what was I thinking using all those HTML lists?), many new entries, and adding new material to old entries (although I've not yet found the motivation to check for all the dead links).

OAIster Access to OAIster A freely accessible site for searching only OAIster records is available at Additionally, OAIster records are fully accessible through WorldCat.org, and appear as WorldCat.org search results along with records from thousands of libraries worldwide. The OAIster database is searchable on the OCLC FirstSearch service, providing another valuable access point for this rich database and a complement to other FirstSearch databases. Contributing to OAIster 1 Historical background Recognising Aboriginal and Torres Strait Islander Peoples in the Constitution: Report of the Expert Panel Millions of non-indigenous Australians have joined with us in the search for a better relationship based on equity and justice. Australians at every level of our society have put up their hands to be counted as supporters of a nation that holds as its core value a society based on mutual respect, tolerance and justice. ...

Search Record: foundAbstract: foundArticle: not found Artificial sweeteners induce glucose intolerance by altering the gut microbiota. Non-caloric artificial sweeteners (NAS) are among the most widely used food additives worldwide, regularly consumed by lean and obese individuals alike. NAS consumption is considered safe and beneficial owing to their low caloric content, yet supporting scientific data remain sparse and controversial. OMeasure! extension Download Opera These extensions and themes are made for the Opera browser. Description Simple measuring tool for web developers. WARNING! Search Engines June 20th, 2010 Finding the information you need as a writer shouldn’t be a chore. Luckily, there are plenty of search engines out there that are designed to help you at any stage of the process, from coming up with great ideas to finding a publisher to get your work into print. Both writers still in college and those on their way to professional success will appreciate this list of useful search applications that are great from making writing a little easier and more efficient. Professional

Digital Library Of The Commons Digital Library of the Commons hidden Image DatabaseExport Citations Menu: Search the DLC Advanced Search The five funniest moments in Australian history History, let's be blunt, is hilarious. It's hilarious for the same reason life itself is hilarious: it's filled with weirdos and idiots screwing everything up in the worst ways possible. But the beauty of history as a comedic resource is that it all happened ages ago, so you don't have to pretend to feel sorry for the people it happened to. Many people believe that Australian history is a boring and colourless saga and that our nation lacks historical periods or events with the rich humorous potential of, say, the English Civil War, or the Spanish Inquisition. Yet a closer examination of the figures of our past will show that, to the contrary, Australia's history is the funniest thing that ever happened to this country.

JURN : search over 4,000 free scholarly ejournals in the arts & humanities by sirchamallow Sep 6