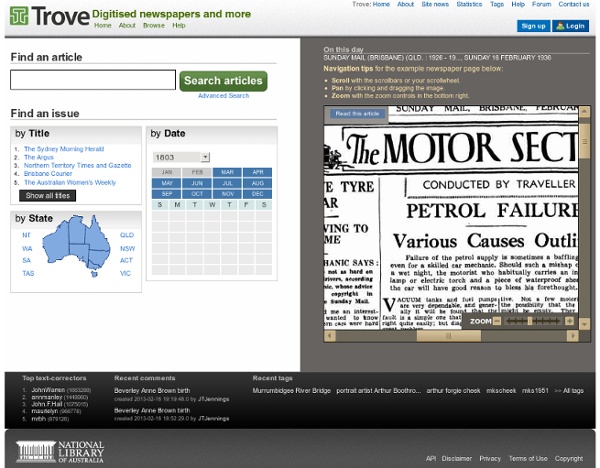 European discovery and the colonisation of Australia European mariners Francesco Bartolozzi (1727-1815), Captn. James Cook, F.R.S, 1784, print: stipple engraving. Image courtesy of the . The first records of European mariners sailing into 'Australian' waters occurs around 1606, and includes their observations of the land known as Terra Australis Incognita (unknown southern land). Between 1606 and 1770, an estimated 54 from a range of nations made contact. In 1770, Englishman Lieutenant James Cook charted the Australian east coast in his ship . This period of European exploration is reflected in the names of landmarks such as the Torres Strait, Arnhem Land, Dampier Sound, Tasmania, the Furneaux Islands, Cape Frecinyet and La Perouse. The First Fleet and a British colony John Allcot (1888-1973), The First Fleet in Sydney Cove, January 27, 1788, 1938, art reproduction. Captain Arthur Phillip and the , comprising 11 ships and around 1,350 people, arrived at Botany Bay between 18 and 20 January 1788. Governor Phillip carried in Australia.

Burke and Wills: Then and Now Join us on a fascinating real-time journey across Australia. On 20 August 2010, the Burke and Wills Environmental Expedition (BWEE) sets out to retrace the steps of the 1860 Burke and Wills expedition. As the BWEE progresses along the route of the track, from Melbourne to the Gulf of Carpentaria, Dr Jonathan King and cinematographer Michael Dillon will interview Indigenous elders, local farmers, and scientists about current environmental issues. The 1860 expedition, organised by the Royal Society of Victoria, set out with various objectives: to collect scientific data about Australia’s flora and fauna, to survey the land and identify good pasture, and to be the first complete crossing of the continent from south to north. Whilst the 1860 expedition has been mythologised as a tragic disaster, its members, including William Wills and Ludwig Becker, documented the people, land, and weather that they encountered in often beautiful, and occasionally startling, ways. Education Resources

Mariners and Ships in Australian Waters shouldn’t it be easier by now? in the early days of a quit, you're going to have expectations ("it's been 3 days already; shouldn't it be easier by now?"), and when you have expectations, you're setting yourself up for disappointment. don't obsess; it will get better, as long as you keep choosing life. try to avoid having expectations; expectations are just disappointments waiting to hatch. accept that there are things you have no control over (like when it's going to get easier) and let them go; you can't nail jello to a tree. hopes that "this should get easier by [insert date or time expectation here]" can turn into disappointment that it didn't get easier by [date or time] can turn into "oh, hell, what's the use?" and that can lead to relapse in a heartbeat. the one thing that you can count on when you quit is that the quit is going to be exactly what it is at any given moment. Be Sociable, Share!

10 Million newspaper pages in Trove « Behind the scenes We are proud to announce that as of today there are now TEN MILLION historic Australian newspaper pages available in Trove! The lucky edition is the Saturday July 31, 1915 issue of The Leader, from the NSW city of Orange. We are also celebrating the milestone of almost ONE HUNDRED MILLION articles within those pages which can be individually searched and referenced. Front page of Orange's 'The Leader' - Saturday July 31, 1915 This represents a milestone for the National Library initiative, the Australian Newspaper Digitisation Program, which was launched in 2008 as a project to provide free access to text-searchable digitised Australian newspapers. Staff portrait from the Orange Leader (and their dog) c1900. It is fitting that as Australia prepares to mark the centenary of the First World War, that a newspaper from 1915 should be the 10 millionth edition in Trove. Local brothers receive a farewell before heading to war... The Australian Newspapers Digitisation Project team

Home - Electronic Encyclopedia of Gold in Australia Australian science timeline 2.24 This timeline began as a starting point for people looking for terms and names to use in Web searches relating to the history of Australian science and technology, and only later acquired links to relevant pages for some of these. Suggestions for additions, corrections and such are welcome — but if possible, please provide a year — suggestions which lack a year are far more likely to miss out on a place. The email address that I supply here will not reach me unless you put my first name at the front. The rest is macinnis@ozemail.com.au -- which is a spam dump. I particularly solicit suggestions for links to Web sites covering individual items here. This list does not feature Aboriginal invention, but that is only because there are no firm dates available for anything much before 1788. This material has been assembled by Peter Macinnis, and while the collection remains copyright for any commercial purpose, it may be freely reproduced for any educational and/or non-profit purposes.

Government and Police Gazettes | Genealogy in New South Wales Blog Government Gazettes and Police Gazettes are an enormously rich source of information for family historians. They can be useful for filling in some of the detail about the lives of our ancestors, and in many cases can solve mysteries. Government gazettes contained all the administrative detail that affected the lives of ordinary citizens going about their daily lives – such as laws and regulations, licenses, land auctions and sales, unclaimed mail, and much, much more. Records of convict assignments and absconding may appear nowhere else but here. Sailors who deserted their ships are listed, as are government employees. Court notices of probate and bankruptcies, livestock brands, and petitions. Your ancestor should be in a government gazette if he or she: Notices of this type were published in the local colonial newspaper until a regular government publication was established: Police gazettes are where the juicy stuff was going on. Police Gazettes were published in the following years:

PDF-Giant - download magazines for free The First Fleet Over 252 days, the First Fleet brought over 1500 men, women and children half way around the world from England to New South Wales. Detail from Botany Bay; Sirius & Convoy going in ... 21 January 1788.from 'A Voyage to New South Wales' by William Bradley, December 1786 - May 1792, Safe 1/14 On 13 of May 1787, the fleet of 11 ships set sail from Portsmouth, England. The Fleet consisted of two Royal Navy escort ships, HMS Sirius and HMS Supply. Then, from Portsmouth the First Fleet travelled via Tenerife and Rio de Janeiro to the Cape of Good Hope, the Fleet's last port of call before striking out for Terra Australis. Explore Tales from the First Fleet and read first-hand accounts of the experiences of some of those who travelled south to Botany Bay The Fleet arrived first in Botany Bay on 18 January. Then on 26 January, the Fleet arrived at a new anchorage at Sydney Cove in Port Jackson. The Founding of Australia, Jan. 26th 1788, by Capt.

Eora: Aboriginal Sydney Eora: Aboriginal Sydney, 1770 - 1850, offers an insight into Sydney and the local indigenous community in the years following the arrival of the Bèerewalgal, 'people from the clouds', in 1788. United by a common language, strong ties of kinship, and a rich saltwater economy, the indigenous inhabitants survived as skilled hunter-fisher-gatherers in family groups or clans scattered along the coast. They identified themselves as Eora (yura), simply meaning 'People', a word derived from Ee 'yes' and ora 'here' or 'this place', revealing their deep connection to the land. View the location of the tribes around Sydney Detail from Wallumedegal, Chart of Port Jackson NSW..., 1788, by George Raper The Eora territory spread from the Georges River and Botany Bay in the south to Port Jackson (Sydney Harbour), north to Pittwater at the mouth of the Hawkesbury River and west along the river to Parramatta. Read examples of the local vocabulary and observations by Philip Gidley King

National Library of Australia The internet is a valuable aid to research into family history. These Australian sites contain a variety of information relating to family history and genealogy including guides, indexes and digitised images of documents. They also provide links to other informative sites both in Australia and overseas and pathways to make contact with other family historians via indexed family trees, mailing lists and bulletin boards. Further online resources for family history can be located via eResources, although some of these subscription resources are only available for use in the National Library reading rooms. State and Territory libraries State and territory libraries hold family history collections specialising in resources for their jurisdiction and a selection of material relating to other areas of Australia and overseas. National, State and Territory archives The National Archives of Australia holds the records of the Commonwealth government. Family history societies Births, marriages and deaths