IDIGITAL and clarinette02 are associated accounts.

For sale: your personal data. Cover Story: Sidebar Posted Jan 01, 2017 04:20 am CST By Terry Carter Cambridge Analytica Some experts credit a little-known voter-data company based in London for President-elect Donald Trump’s election victory, with late-campaign efforts that used as many as 5,000 pieces of data for each American voter to identify millions who could be moved to vote for him. 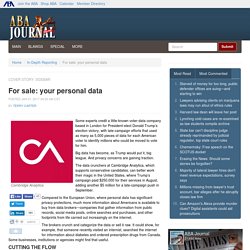 Big data has become, as Trump would put it, big league. The data crunchers at Cambridge Analytica, which supports conservative candidates, can better work their magic in the United States, where Trump’s campaign paid $250,000 for their services in August, adding another $5 million for a late-campaign push in September. 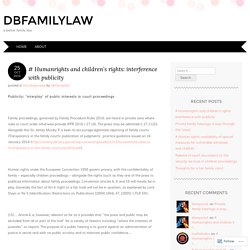 Adopted Resolutions – International Conference of Data Protection & Privacy Commissioners. LAST WEEK IN PRIVACY & DATA PROTECTION – Medium. 15th Weekly Newsletter -> 15–21 October 2016 CJEU Defines Personal Data in the “Breyer” Case Ruling The Court of Justice of the European Union (CJEU) issued its judgement in the Case C‑582/14 also known as the “Breyer” case, where the Court was deciding on whether a dynamic IP address could be personal data. 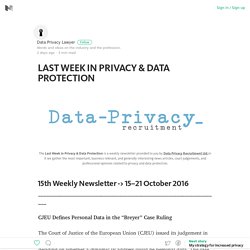 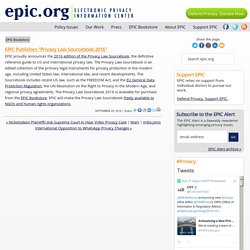 The Privacy Law Sourcebook is an edited collection of the primary legal instruments for privacy protection in the modern age, including United States law, International law, and recent developments. The Sourcebook includes recent US law, such as the FREEDOM Act, and the EU General Data Protection Regulation, the UN Resolution on the Right to Privacy in the Modern Age, and regional privacy agreements. Global Privacy and Security Experts Launch the International Council on Global Privacy and Security, by Design.

New organization created to educate governments and businesses on how to develop policies and technologies where privacy, public safety and Big Data work together for positive-sum, win-win outcomes. 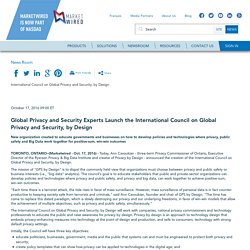 Privacycalendar. Doctoraatsverdediging. Which data protection and consumer law applies to Amazon? Comments on the VKI v Amazon judgment. Lorna Woods, Professor of Internet Law, University of Essex The recent CJEU judgment in VKI v Amazon concerns jurisdiction both in the context of conflict of laws (applicable consumer laws) and the Data Protection Directive. 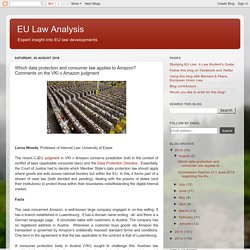 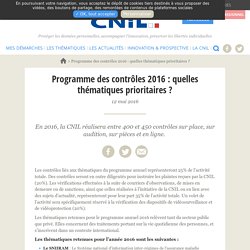 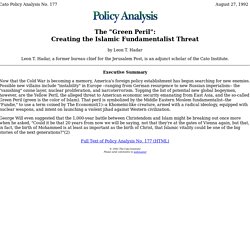 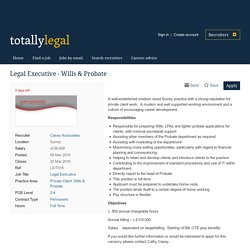 A modern and well supported working environment and a culture of encouraging career development. Responsibilities Responsible for preparing Wills, LPAs and lighter probate applications for clients, with minimal secretarial support Assisting other members of the Probate department as required Assisting with marketing of the department Maximising cross-selling opportunities, particularly with regard to financial planning and conveyancing Helping to retain and develop clients and introduce clients to the practice Contributing to the improvement of standard procedures and use of IT within department Directly report to the head of Probate This position is full-time Applicant must be prepared to undertake home visits The position lends itself to a certain degree of home working Pay structure is flexible. 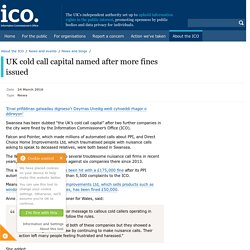 Falcon and Pointer, which made millions of automated calls about PPI, and Direct Choice Home Improvements Ltd, which traumatised people with nuisance calls asking to speak to deceased relatives, were both based in Swansea. The Welsh city has been home to several troublesome nuisance call firms in recent years, with the ICO taking action against six companies there since 2013. This week Falcon and Pointer has been hit with a £175,000 fine after its PPI automated calls prompted more than 5,500 complaints to the ICO.

Meanwhile Direct Choice Home Improvements Ltd, which sells products such as windows, doors and conservatories, has been fined £50,000.