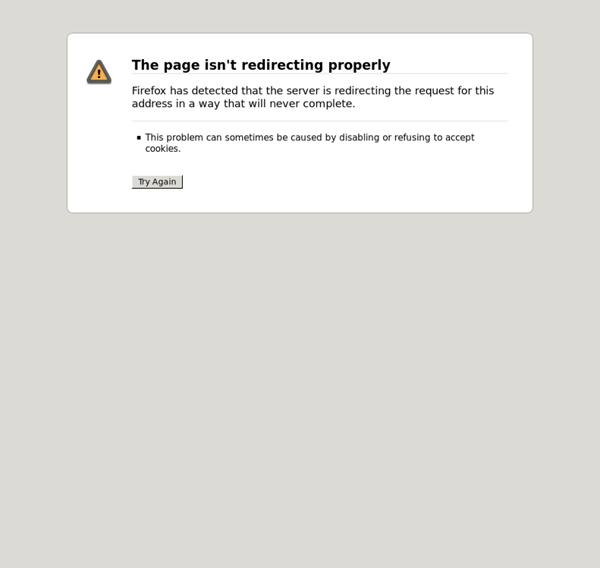 Sir Richard Branson joins our mission to stamp out hidden fees. TransferWise is delighted to announce $25m investment from Peter Thiel’s Valar Ventures, Index Ventures, IA Ventures, Sir Richard Branson and other high profile technology investors. Three years ago we launched TransferWise because we were tired of hidden charges when sending our money abroad. Today, Sir Richard Branson has joined our existing investors in throwing $25 million behind our mission to make the world of money transfers a fairer place. We couldn’t be more excited. We’re going to use this money to lead the fight against overcharging and let the world know that, with TransferWise, there’s an easier, fairer way to send money abroad. To get the ball rolling, we’ve pulled together a lot of eye-opening evidence, and published it all below.

The 100 Best, Most Interesting Blogs and Websites of 2014 Editor’s note: 2015’s list of the best, most interesting websites has arrived! The video above is a sampling from that list. Welcome to the most awesome blog post you’re going to see all year. Yep, it’s the third installment in the super-popular annual series in which I document the sites I think you’ll want to spend a lot of time on in the coming year (below you’ll find a few highlights from recent years in case you missed out).

The Truth About Undocumented Immigrants and Taxes Every year, the Social Security Administration collects billions of dollars in taxes that it doesn’t know who paid. Whenever employers send in W-2 forms that have Social Security numbers that don’t match with anyone on record, the agency routes the paperwork to what’s called the Earnings Suspense File, where it sits until people can prove the wages were theirs, allowing them to one day collect retirement benefits. The Earnings Suspense File now contains Social Security tax forms that date back to 1937 and are linked to the taxes that were paid on nearly $1.3 trillion in wages. Some of the W-2s in it belong to people who got married and never reported changing their name. Others are people who filled out their tax forms incorrectly. As of 2014, efforts to track these taxpayers down allowed the Social Security Administration to match 171 million tax forms to their rightful owners.

Fun Brain Games - Crosswords This is a collection of links to websites offering crosswords for educational quizzes and brain teasers. Educational Quizzes section brings educational crossword puzzles for English learners, while Brain Teasers section is a place for people who enjoy playing with words. Educational Quizzes Crossword Puzzles for ESL students offers over 1,000 activities to help students study English as a Second Language. The activities include Quizzes, Crossword Puzzles and other activities for students. Best Tools to Create Animated Video How to Make a Cartoon Yourself: Top 7 Animated Video Makers Compared Video production is not an easy and cheap matter. A short video for your YouTube channel or website may cost several thousand dollars if you address to professional video studios. No doubt, there are free and low-cost alternatives which can be easily mastered by any web user. A self-made cartoon or an animated video is one of the options. Animated Video Makers: Pros & Cons

The 5 Best Free Word Cloud Creation Tools for Teachers Word clouds are fun ways to get students thinking creatively about any topic. The problem is that it’s sometimes difficult to find the one that best meets your needs. Lucky for you, we’ve taken the dirty work out of it and compiled The 5 Best Free Word Cloud Creation Educational Tools for Teachers! Utilize these free educational technology tools to get your students’ minds immersed in any new topic.

9 Historical Myths Everyone Still Wants To Believe It’s often said that “history is written by the winners” to which one might add “and revised by idealists wearing rose-colored glasses.” Today, we have access to more information than ever before, but it remains unclear how well that’s helping us to clarify centuries-old misunderstandings about who we are or where we came from. While browsing through the question-and-answer site Quora recently, I came upon a thread called “What are some of the biggest lies in history that are still being taught in modern day schools?” It was a real eye-opener.

Help with Inventions for Inventors with Patent Searches and Technical Advice Our Background and History Trevor Baylis Brands was started because Trevor, who is still the President of the Company, had such difficulties when he was trying to launch his famous Clockwork Radio invention. We set out to provide the help that was missing for him. Over the years we have worked closely with the UK Patent Office and British Standards Institution to improve the standard of help given to people with new invention ideas.

Free games and Flash games BOXINGA simple punching-based boxing game.Controlled with the keyboard. DICEWARSDice-based strategy game. How quickly can you conquer your foes? COCKROACH DREAMCan you swat away 100 roaches before the sleeping man goes crazy? THE HAUNTED RUINSAn awesomely Eighties-style RPG. Smithsonian Digitizes & Lets You Download 40,000 Works of Asian and American Art Art lovers who visit my hometown of Washington, DC have an almost embarrassing wealth of opportunities to view art collections classical, Baroque, Renaissance, modern, postmodern, and otherwise through the Smithsonian’s network of museums. From the East and West Wings of the National Gallery, to the Hirshhorn, with its wondrous sculpture garden, to the American Art Museum and Renwick Gallery—I’ll admit, it can be a little overwhelming, and far too much to take in during a weekend jaunt, especially if you’ve got restless family in tow. (One can’t, after all, miss the Natural History or Air and Space Museums… or, you know… those monuments.)