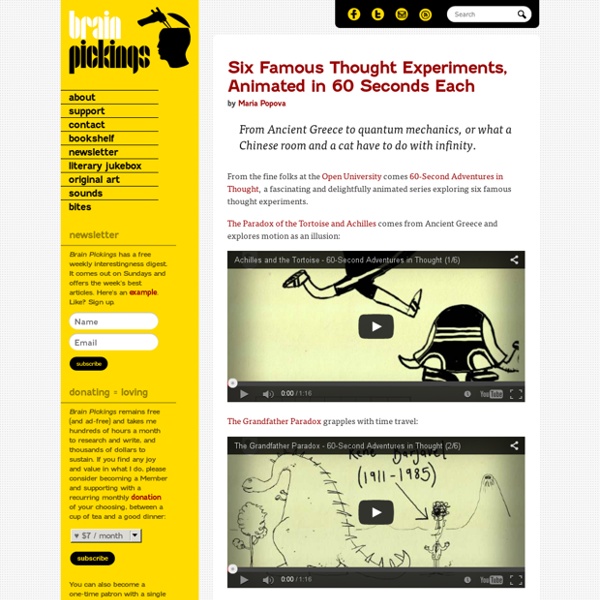 Teaching Critical Thinking Whether or not you can teach something as subjective as critical thinking has been up for debate, but a fascinating new study shows that it’s actually quite possible. Experiments performed by Stanford's Department of Physics and Graduate School of Education demonstrate that students can be instructed to think more critically. It’s difficult to overstate the importance of critical-thinking skills in modern society. The study took two groups of students in an introductory physics laboratory course, with one group (known as the experimental group) given the instruction to use quantitative comparisons between datasets and the other group given no instruction (the control group). Even after these instructions were removed, they were 12 times more likely to offer creative solutions to improve the experimental methods being used in the class, four times more likely to explain the limitations of the methods, and better at explaining their reasoning than the control group.

DARPA Wants to Bring Privacy Back to the American People by Natalie Shoemaker Defense Advanced Research Projects Agency (DARPA) is perusing technology to make online privacy possible for the individual through a program dubbed The Brandeis project. It's named after Supreme Court Associate Justice Louis Brandeis, who penned the paper The Right to Privacy back in 1890. In his piece, which he co-authored with Samuel D. Warren, the two conceptualized the idea that harm could be done to an individual in other ways beyond the physical. To give some context, the paper was published two years after the Kodak camera came out — a technology that could suddenly make a moment on a public street available to everyone (if made available to the press). Dr. Brad Templeton argues that we're all a part of a surveillance apparatus that would even be beyond the imagination George Orwell. But many organizations have failed to give the people the tools they need to make their own choices about how public and how private they want their information to be.

Nonconformity and Freethinking Now Considered Mental Illnesses Is nonconformity and freethinking a mental illness? According to the newest addition of the DSM-IV (Diagnostic and Statistical Manual of Mental Disorders), it certainly is. The manual identifies a new mental illness called “oppositional defiant disorder” or ODD. Defined as an “ongoing pattern of disobedient, hostile and defiant behavior,” symptoms include questioning authority, negativity, defiance, argumentativeness, and being easily annoyed. The DSM-IV is the manual used by psychiatrists to diagnose mental illnesses and, with each new edition, there are scores of new mental illnesses. New mental illnesses identified by the DSM-IV include arrogance, narcissism, above-average creativity, cynicism, and antisocial behavior. All of this is a symptom of our over-diagnosing and overmedicating culture. According to the DSM-IV, the diagnosis guidelines for identifying oppositional defiant disorder are for children, but adults can just as easily suffer from the disease. Sources:

There's a Word for That: 25 Expressions You Should Have in Your Vocabulary Recently I came across this amazing little Tumblr named ‘OtherWordly‘ – itself a play on words. It consists of a collection of strange and lovely words from different languages through different times. What I like most about this selection of consonants and vowels – little meaning-carrying packages of vibration – is that they all try to point to the unspeakable, the transient or the neglected. That which we forget in the busyness of our daily grind. You can find my favourite words below – pick five that resonate most, write them down, yes seriously – go grab a pen -, make sure to learn them by heart, teach them to your inner voice and share them with others to guide our collective attention to what truly matters. 1 – Sophrosyne pronunciation | “so-frO-‘sU-nA Greek script | σωφροσύνη note | To everyone who is thinking “I want to get there” and also to everyone who is thinking “I’ll never get there”—you will. 2 – Vorfreude pronunciation | ‘for-froi-duh 3 – Numinous 4 – Nemophilist 5 – Sillage

Strategies Quick Learners Use To Pick Up Anything 10 facts you should know about Vincent van Gogh 10 facts (and a video) on the prolific genius who died a relatively unknown artist. 1. Vincent van Gogh was born on March 30, 1853, in Groot-Zundert, Netherlands. He was named after his grandfather and his stillborn brother who died one year before Van Gogh was born. 2. Van Gogh was 27 years old when he painted his first piece. 3. 4. 5. 6. 7. 8. 9. 10. Check out the full TED-Ed Lesson “The unexpected math behind Van Gogh’s “Starry Night” that these GIFs were pulled from: What is money? — Aeon Ideas Money is not a store of value. It is a claim on value. This might sound like pedantic semantics, but it is crucially important, especially if you’re trying to alter how it works. Imagine a Coca Cola bottle with Coke in it. The fundamental difference between the note and the Coke can be tested by a simple experiment. Now imagine that instead of incinerating the Coke, I burn the note instead. Let’s scale this vision up now. That’s pretty much like the British Pound, for example. And if I take my £10 note and burn it, what happens? That’s an act of sacrifice, because the curious thing that occurs as a result of this is that all the remaining claims become worth slightly more. Of course, it’s a bit more complex than that, because that act of altering the number of claims in the system can induce all manner of economic activity. And the key players in that are not just central banks, but the entire commercial banking sector.

What is the World's Biggest Cash Crop? Yep Cannabis makes serious dough. Curious why so many US states – Washington, Oregon, Alaska, Colorado – have decriminalised or even legalized the drug? Because state legislators are getting high on another kind of green. How long before other cash-strapped governments around the world follow suit? We scored some data on yearly harvested area, production weight and wholesale value for the most common food crops from the UN Food and Agriculture Organization, and used it to calculate yield per km2. Then we went sniffing around in various UN World Drug Reports and performed some backroom calculations to cook up some broadly comparable figures for illegal drugs – cocaine, heroin and the mighty marijuana. Data on illicit substances is, like the peeps who sell them, more than a bit sketchy. » Intrigued? Part of the infographic mega-tome, Knowledge is Beautiful.

The Original Star Trek is Still Driving Innovation at Apple and Google by Robert Montenegro When George Takei visited us last month, we were fascinated with his explanation of Star Trek's influence on the social progress and emerging technologies of today. Series creator Gene Roddenberry was a visionary figure in so many ways that 50 years later we're still trying to turn his dreams into reality. Farhad Manjoo covers Star Trek tech-made-incarnate in this piece for The New York Times, commenting on major improvements to the Siri software for the iPhone 6s and 6s Plus. The new Siri is hands free; you can access it via voice at any time. “The Star Trek computer is not just a metaphor that we use to explain to others what we’re building,” Amit Singhal, the head of Google’s search team, told Manjoo. After all, isn't the advent of Apple's Siri just an excuse to make us all like Captain Kirk? A couple years ago, Slate's Manjoo covered Google's continued obsession with building the real-life Star Trek computer. So, basically, the Star Trek computer.

The Silicon Jungle: The Nineteen Eighty-Four Of The 21st Century? 2 click by Simon Oxenham In 2011 Shumeet Baluja, a senior research scientist at Google and inventor of over 100 patents in algorithms, data mining, privacy, and artificial intelligence published The Silicon Jungle, a novel that envisages a dystopian reality not all too dissimilar from the world we now know we live in today. Published only a year before the revelations of Edward Snowden, I’ve been surprised that the book hasn’t received more widespread acclaim. Baluja’s tale raises plenty of questions about the personal information that we have become so accustomed to handing over to private companies. Nineteen Eighty-Four envisaged a world where the state monitors the most intimate moments of the population against their will; The Silicon Jungle describes a world where we hand over every last detail willingly and unthinkingly, not to the state but to corporations. It’s not hard to see which company Baluja is alluding to. “The events are fictional.