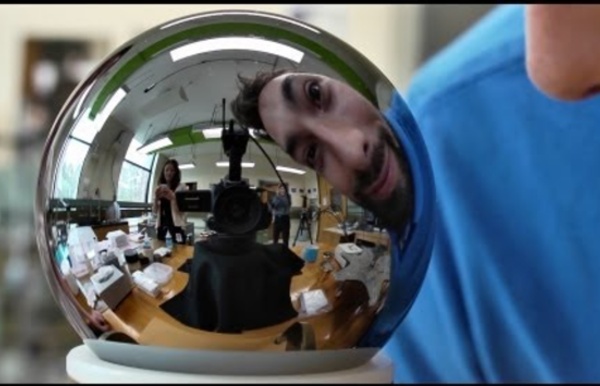 The Royal Institution Create a wine glass orchestra in your kitchen and explore how sound is caused by vibrations. For more ideas, and to download an info sheet click here: Marieke and Tilly experiment with making music and doing science experiments at home. Using wine glasses filled with different volumes of liquids, they investigate how sounds are caused by vibrations and how changing the volume of liquid affects the pitch of the note. Simply rubbing your fingers around the rim of a glass can make an amazing noise. A Different Kind of Theory of Everything “One of the amazing characteristics of nature is this variety of interpretational schemes,” Feynman said. What’s more, this multifariousness applies only to the true laws of nature—it doesn’t work if the laws are misstated. “If you modify the laws much, you find you can only write them in fewer ways,” Feynman said. “I always found that mysterious, and I do not know the reason why it is that the correct laws of physics are expressible in such a tremendous variety of ways. They seem to be able to get through several wickets at the same time.”

The World's Biggest Quantum Entanglement Experiment Proved Einstein Wrong The BIG Bell test happened with the help of 100,000 people around the world, who used an online video game to contribute their own random sequences of zeros and ones to 12 labs on five continents, including in Brisbane, Australia; Shanghai, China; Vienna, Austria; Rome, Italy; Munich, Germany; Zurich, Switzerland; Nice, France; Barcelona, Spain; Buenos Aires, Argentina; Concepción, Chile; and Boulder, Colorado. In many different individual experiments, those labs used the numbers, or "bits," to set the angles of polarizers and other tools to determine how the entangled particles would be measured. The results, published in May 2018 in the journal Nature, are robust: "The observed correlations strongly contradict local realism," the authors write. Sorry, Einstein. You'll always have relativity.

The kilogram is being redefined – a physicist explains How much is a kilogram? 1,000 grams. 2.20462 pounds. Or 0.0685 slugs based on the old Imperial gravitational system. But where does this amount actually come from and how can everyone be sure they are using the same measurement? Since 1889, countries who are members of the General Conference on Weights and Measures have agreed to use a standard block of metal – kept near Paris – to define the kilogram. Neonicotinoid ban: how meta-analysis helped show pesticides do harm bees The EU has announced a near-total ban on three insecticides that we now know are harmful to bees and other pollinators. And yet for years, scientists weren’t sure whether these neonicotinoid insecticides had any significant effect on bees, thanks to numerous studies that appeared to contradict each other. This isn’t an uncommon experience, as anyone who follows the latest scientific news will know. Sometimes it feels like we are constantly bombarded with contradictory claims on every possible topic from climate change to cancer treatments. How do we know what’s true and how are we supposed to put recommendations from scientific studies into practice if scientists cannot seem to agree among themselves? Luckily, scientists have a tool that can not only help sort through large amounts of confusing data but also reveal conclusions that were statistically invisible when the information was first collected.

Mystery particle spotted? Discovery would require physics so weird that nobody has even thought of it There was a huge amount of excitement when the Higgs boson was first spotted back in 2012 – a discovery that bagged the Nobel Prize for Physics in 2013. The particle completed the so-called standard model, our current best theory of understanding nature at the level of particles. Now scientists at the Large Hadron Collider (LHC) at Cern think they may have seen another particle, detected as a peak at a certain energy in the data, although the finding is yet to be confirmed. Again there’s a lot of excitement among particle physicists, but this time it is mixed with a sense of anxiety. Unlike the Higgs particle, which confirmed our understanding of physical reality, this new particle seems to threaten it.

Cheltenham Science Festival Vivienne Parry: Chair of Cheltenham Science Festival “The brilliance of the Cheltenham Science Festival is the breadth of what’s on offer, but how do you choose from so much? My tip is to book your faves but try at least one thing that’s completely new to you. Physicists: Time Crystals Exist, and We Can Create Them Really Strange and Really Real It’s confirmed. Time crystals can exist. Neuromarketing Neuromarketing is a new field of marketing research that studies consumers' sensorimotor, cognitive, and affective response to marketing stimuli. Researchers use technologies such as functional magnetic resonance imaging (fMRI) to measure changes in activity in parts of the brain, electroencephalography (EEG) and Steady state topography (SST) to measure activity in specific regional spectra of the brain response, and/or sensors to measure changes in one's physiological state, also known as biometrics, including (heart rate and respiratory rate, galvanic skin response) to learn why consumers make the decisions they do, and what part of the brain is telling them to do it. Neuromarketing research raised interest for both academic and business side. In fact, certain companies, particularly those with large-scale goals, have invested in their own laboratories, science personnel and / or partnerships with academia. [1] The word "neuromarketing" was coined by Ale Smidts in 2002.[3] Coke vs.