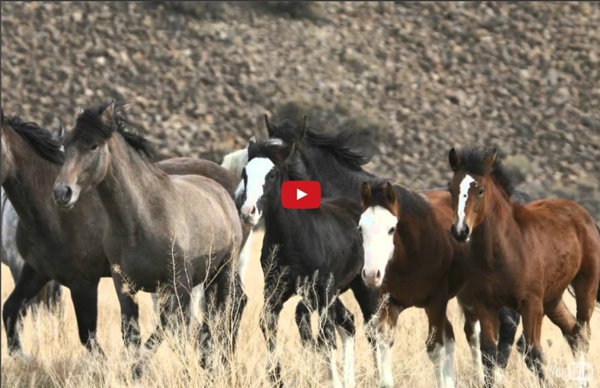 Might Alien Life Evolve Like the Incredible Octopus? by Natalie Shoemaker Consider the octopus: a creepy skeleton-less creature with limbs that have regenerative properties and a mind of their own. Its structure — inside and out — makes it like no other animal on earth. As a part of the Mollusca phylum, the octopus seems so far removed from its clam cousin. Neurobiologist Benny Hochner, from the Hebrew University of Jerusalem in Israel, talked about this oddity in an interview with Alison Abbott from Nature: “Very simple molluscs like the clam — they just sit in the mud, filtering food. Scientists have marveled at the octopus for years, and now they've taken the time to delve deeper into its biology by decoding its genome. "The octopus appears so utterly different from all other animals, even ones it's related to, that the British zoologist Martin Wells famously called it an alien. “It’s important for us to know the genome, because it gives us insights into how the sophisticated cognitive skills of octopuses evolved.”

16 Of The Most Magnificent Trees In The World How do I love thee, tree? Let me count the ways; you change carbon dioxide into the oxygen we breathe, you sequester carbon, and you provide shelter for countless critters. There are many reasons for which we should all be tree-hugging hippies, but within the scope of this article, all we’ll focus on is how amazing some of them look. Granted, not all of these amazing beautiful trees are trees (the Wisteria is a vine, Rhododendrons are shrubs, and bamboo technically belongs to the grass family), but we’ll give them a pass because they are amazing, huge and beautiful. So once you step outside and take a breath of fresh air, hug the nearest tree and say thank you! If you know of an amazing tree not on this list, you can submit it at the bottom of this post. 125+ Year Old Rhododendron “Tree” In Canada This huge 125-year-oldold rhododendron is technically not a tree – most are considered to be shrubs. 144-Year-Old Wisteria In Japan Image credits: tungnam.com.hk Wind-Swept Trees In New Zealand

recession not fracking responsible for drop in US emissions Starting in 2007, carbon dioxide emissions in the U.S. began dropping off and by 2013 had been cut by 11 percent. Many have attributed the drop in CO2 to the switch from coal to natural gas to generate electricity, as natural gas production in the U.S. ramped up thanks to new fracking technologies. Even TreeHugger reported on a Harvard study that suggested a correlation between lower gas prices and a drop in CO2. But a new study from researchers at the University of Maryland suggests that the economic recession was a bigger driver in the drop in carbon emissions. Burning natural gas does have lower emissions than coal, and between 2007 and 2012 the percent of coal-power electricity in the U.S. dropped from 50 percent to 37 percent. Feng K, Davis SJ, Sun L, Hubacek K. 2015. A much more important driver is the level of consumption, or GDP per capita. The findings have implications in a number of ways. Secondly, it shows what a big impact consumption patterns have on emissions.

How a Musician Unraveled the Secrets of Whale Song Whale songs are some of the most hauntingly beautiful and bizarre noises in the world. But if it hadn’t been for acoustic biologist Katy Payne, we’d probably still be dismissing them as mere sounds — like the noises our own cats and dogs make when they’re hungry, frightened, interested, or affectionate. Payne, however, realized that whales are actually composing songs, not just making noise under the sea, and moreover, she found that over time, whales change their tune. Payne’s discoveries, and ongoing research into the subject, reveal the value of cross-disciplinary collaborations. Her research helped to improve our understanding of whales and the way they interact with each other. Payne’s sharp ear for music didn’t stop with whales. Sometimes, a degree in one subject leads you in an unexpected direction.

Bison attacks woman taking selfie in Yellowstone Park The latest person to find out the hard way is a 43-year-old Mississippi woman who tried to take a selfie with one of the hairy beasts near a trail on Tuesday. She and her daughter turned their backs to the bison, which was about 6 yards away, to take a photo with it, according to the National Park Service. "They heard the bison's footsteps moving toward them and started to run, but the bison caught the mother on the right side, lifted her up and tossed her with its head," the park service said in a statement Wednesday. Her family drove her from the site of the attack, near the Fairy Falls trailhead, to the Old Faithful Clinic in the park for treatment. She was released with minor injuries. 'They thought it would be OK' The woman is the fifth person injured after approaching a bison in Yellowstone so far this season -- and the third whose dangerous encounter resulted from photo-taking. Park authorities make an effort to warn people not to get too close to animals.

Bladeless bird friendly turbine Does a wind turbine have to have one of those pinwheel-looking blades that spins around to be called a turbine? It depends what definition you go by. Meet the Vortex Bladeless, a wind ‘turbine’ without blades, developed by a group of inventors at a Spanish tech startup. This new wind energy solution looks more like a giant golf tee then a wind turbine. Its inventors — David Suriol, David Yáñez and Raul Martín — describe it as “[a] more efficient, cost-effective, and environmentally friendly way to produce energy.” It has no moving parts, so how does it work? Vortex Bladeless explains: “Our device captures the energy of vorticity. How does this new wind energy solution compare to traditional wind turbines? Sounds promising, but is it improving upon traditional turbines or just offering another way to accomplish the same thing? According to Vortex Bladeless, it’s technology saves 53 percent in manufacturing costs and 51 percent in operating costs compared to conventional wind turbines.

10 Things You Probably Didn't Know About Fireflies Taking a walk after dark in the Catskill mountains of New York state last fall, I was fascinated by the number of bright blinking lights flashing all around me. I grew up in England, and now live in California, and had never witnessed such a magical display of fireflies. Here are 10 things you probably didn’t know about these fascinating creatures. 1. 2. 3. 4. Photo Credit: thinkstock 5. 6. 7. 8. 9. 10. You can find out even more about fireflies by watching this video: The Surprisingly Bold and Beautiful World of Sea Slugs On land, slugs are far from nature's most beautiful creatures--but underwater, the family of shell-less creatures known as nudibranchs come in bright neons, glowing pastels, and vibrant primary colors. The 3,000 different kinds of nudibranchs get their color from the food they eat--and, in some cases, secrete the poisons from their prey to defend themselves against predators. The Fried Egg Nudibranch gets its name from the perfect yellow-and-white circles that line its back. These nudibranchs grow to about three inches long, and live in the waters of the Pacific and the Red Sea. Click through for more brilliant 'branches in a rainbow of colors. Photo via Jon Hanson @ flickr

Scientists create the first digital 'tree of life' Scientists from 11 organizations have digitized a “tree of life,” a genetic map of 2.3 million named species of animals, plants, fungi and microbes that all branched off over time from a common ancestor. In a September 18 paper in the Proceedings of the National Academy of Sciences, researchers wrote that "The Open Tree Taxonomy" is likely the first to aggregate tens of thousands of already published smaller trees into a comprehensive map of all life. The digital tree is free for anyone to use and update on opentreeoflife.org. In what looks like a kaleidoscope of rainbow-colored high-rises, the latest digital diagram depicts the evolution of living things since the beginning of life on Earth more than 3.5 billion years ago. And because scientists believe that all life on Earth shares a common genetic ancestor, understanding how millions of species are related helps them improve agricultural methods and better understand viruses, the research team says.