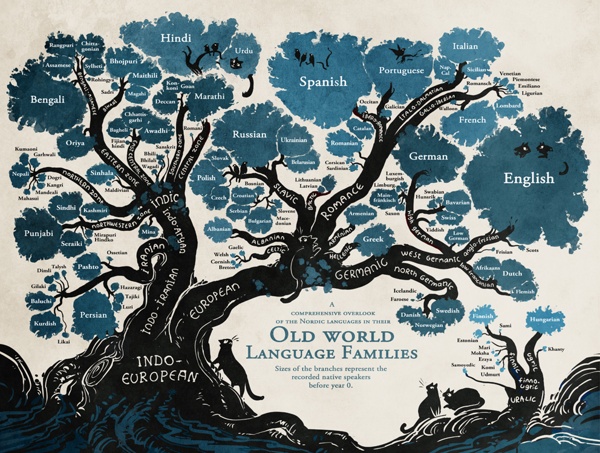 21 Digital Tools to Build Vocabulary l Dr. Kimberly's Literacy Blog If you follow this blog, you know that I believe effective vocabulary instruction is just about the most important instructional activity for teachers to get right. For lots of reasons. Vocabulary influences fluency, comprehension, and student achievement. Linguistic family tree reveals the roots of Nordic languages A survey of more than 3 million patients who’ve been under anaesthetic in the UK and Ireland has provided new insight into the traumatic experiences of those who have woken up during surgery. According to the research, led by Oxford University Hospitals in the UK, the phenomenon, known as “anaesthesia awareness” is relatively rare - roughly only one in 19,600 patients surveyed had woken up during surgery. This is lower than previous US studies, which suggested the rate was as high as one in 1,000 surgical patients. But for lighter anaesthesia procedures, such as emergency C-sections, the risk is much higher - around one in 670 had experienced it. Anaesthesia awareness was also more common among patients who had received paralytics - substances that block the nerves from stimulating muscles - as part of their anaesthetic mix.

2,000-Year-Old Mosaics Uncovered In Turkey Before Being Lost To Flooding We usually write about new contemporary artists at Bored Panda, but these fascinating discoveries recently made by a team of archeologists in the Turkish city of Zeugma has given us the opportunity to witness the unveiling of Greek and Roman art that hasn’t been seen in thousands of years. The site caught the attention of the international archaeological community when it was threatened by flooding due to the construction of a nearby dam in southern Turkey in 2000. When a team of archaeologists led by Professor Kutalmış Görkay of Ankara University began excavating, they found stunning and well-preserved glass mosaics rich with color. Read on for more information about this fascinating find! More info: zeugma.packhum.org | archaeology.org (h/t: mymodernmet) These stunning 2000-year-old mosaics were uncovered by archaeologists in the Turkish city of Zeugma

Stand Still. Stay Silent - webcomic, page 196 Page 19614 October. 2014 Language trees for the language lovers! I've gathered pretty much all the data for this from ethnologue.com, which is an awesome well of information about language families. Who Invented Yoga? History has always been important to me: history keeps me connected and history gives me perspective. But history can also be complex and confusing. How old are our asanas or meditation practices? Future - The secret “anti-languages” you’re not supposed to know Could you erectify a luxurimole flackoblots? Have you hidden your chocolate cake from Penelope? Or maybe you’re just going to vada the bona omi? If you understand any of these sentences, you speak an English “anti-language”. Since at least Tudor times, secret argots have been used in the underworld of prisoners, escaped slaves and criminal gangs as a way of confusing and befuddling the authorities. Thieves’ Cant, Polari, and Gobbledygook (yes, it’s a real form of slang) are just a few of the examples from the past – but anti-languages are mercurial beasts that are forever evolving into new and more vibrant forms.

English words with Latin roots that don't exist in French, Italian or Spanish - Linguistics It happened in some cases that English preserved or revived Latin words that had died out in other Romance languages. Many of them were borrowed from Old French and were dropped in modern French. Occasionally words were coined in English based on Latin roots. Although the existence of these words has not been checked in all other Romance languages besides French, Spanish and Italian (namely Portuguese, Galician, Catalan, Occitan, Romansch, Romanian), it is most likely that they don't exist in these languages either. Latin-derived words unique to the English language Words borrowed directly from (Classical, Vulgar or Medieval) Latin, but which died out in Romance languages

Regimen Sanitatis Salernitanum - A Salernitan Regimen of Health A Salernitan Regimen of Health The Regimen Sanitatis Salernitanum is one of the most popular poems in the history of both medicine and literature. Written sometime during the twelfth or thirteenth centuries, there have been over 100 manuscript versions and approximately 300 printed editions. Although the work claims to be the product of the famous medical school of Salerno, Italy, and written for an anonymous English king, the true author is entirely unknown. The manuscript probably has its origins in an Arabic work, originally entitled Sirr al-asrar (which was by popular tradition associated with Aristotle as a piece written by him for Alexander the Great). The medical portions of the Arab text were translated into Latin in the twelfth century by John of Spain; this became known as the Secretum secretorum.

8 Ancient Writing Systems That Haven't Been Deciphered Yet The Indus Valley civilization was one of the most advanced in the world for more than 500 years, with more than a thousand settlements sprawling across 250,000 square miles of what is now Pakistan and northwest India from 2600 BCE to 1900 BCE. It had several large, well-planned cities like Mohenjo-daro, common iconography—and a script no one has been able to understand. Over at Nature, Andrew Robinson looks at the reasons why the Indus Valley script has been so difficult to crack, and details some recent attempts to decipher it. Since we don't know anything about the underlying language and there's no multilingual Rosetta stone, scholars have analyzed its structure for clues and compared it to other scripts. Most Indologists think it's "logo-syllabic" script like Sumerian cuneiform or Mayan glyphs.

Borrowed words in English: tracing the changing patterns In Borrowed Words: A History of Loanwords in English I examine how words borrowed from different languages have influenced English throughout its history. The above feature summarizes some of the main data from the book, focussing on the fourteen sources that have given the most words to English, as reflected by the new and revised entries in the Oxford English Dictionary. Using the date buttons at the top of the graphic, you can compare the impact that different languages have made on English over time. In the “per period” view, you can see the proportions of words coming into English from each source in 50-year slices from 1150 up to the present day. Compare for instance how the input from German has grown and then declined again from 1800 to the present day.

Flail In Latin there was a word that stood for 'a winnowing tool' or 'whip'. It was flagellum (which was, itself, a diminutive, or more concise, form of the word: flagrum: 'to whip'). Some sources give the origin of the Latin as a Proto-Indo-European word: bhlag, which signified 'to beat'. The people of the northern Europe region who spoke Old High German converted the Latin word into its own: flegel. The people who spoke Low German or Middle Dutch contrived the word: vlegel. Old English used the Old High German form of flegel with a slight variation to become flighel or fligel.

Ukindia Learn Sanskrit Lesson 1 Paperhelp to help you write papers Lesson 2 ..Home....Asian Books..Sanskrit lessons ( external)..Tamil.Gujarati. Punjabi. Hindi.Urdu.SanskritArabic.Greek.English. Abarim Publications - Patterns in the Bible — Everything you know about it is wrong — Welcome to Abarim Publications The name Abarim belongs to a mountain or mountain range in Moab from which Moses viewed the Promised Land from afar (Numbers 27:12). It's also the mountain where Jeremiah was said to have buried the Ark of the Covenant (2 Maccabees 2:4). Quite a mountain, therefore. Our logo is the first letter of the name Abarim (עברים), which is the letter ע ('ayin), which is also a word, namely עין ('ayin), which means both eye and fountain.