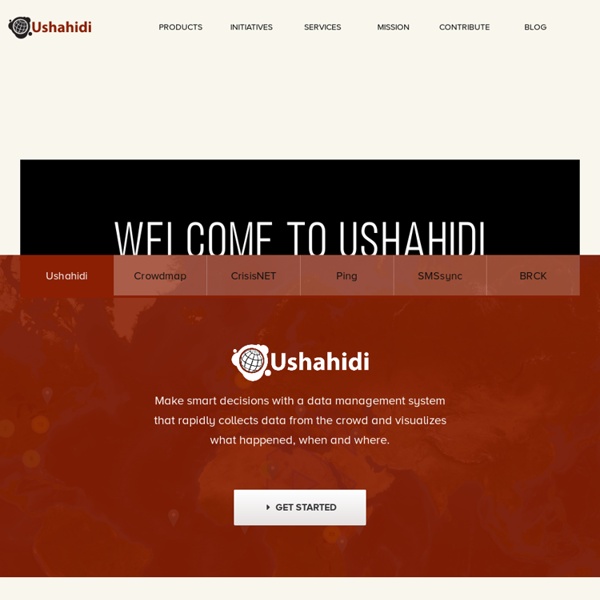 FOUR CULTURE – September/October 2013  The magazine of music, literature & compelling societal views Category : Arts & Culture Language : English Content : Sounds, visions, words, voices… 104 pages Loading ... Read about previously unpublished interviews and articles with Rose Redd, Noblesse Oblige, Stephen Hues and many other artists in which their most private thoughts and their secret source of inspiration are unveiled to you. Overview / Conzilla - The Concept Browser browse News 2010-10-10 Conzilla 2.3.0 released. (New collaboration backend) 2007-06-11 Conzilla 2.2.3 released. (Bugfix release) 2007-03-27 Conzilla 2.2.2 released together with Collaborilla 1.1. See the release notes for details. 2007-02-13 Conzilla 2.2.1 released. Non-profit technology Nonprofit technology is the deliberative use of technology by nonprofit organizations to maximize potential in numerous areas, primarily in supporting the organization mission and meeting reporting requirements to funders and regulators. Types of technology do not differ between nonprofit and for profit organizations. Nonprofit technology is differentiated by specific strategies and purposes. Numerous nonprofit organizations approach technology with an emphasis on cost effectiveness due to limited budgets. Information technology in particular offers low-cost solutions for non profits to address administrative, service and marketing needs.

RealClimate by Eric Steig Along with various Seattle business and community leaders, city planners and politicians, a large group of scientists from the University of Washington got a chance to preview the new film, An Inconvenient Truth, last week. The film is about Al Gore’s efforts to educate the public about global warming, with the goal of creating the political will necessary for the United States to take the lead in efforts to lower global carbon emissions. It is an inspiring film, and is decidedly non-partisan in its outlook (though there are a few subtle references to the Bush administration’s lack of leadership on this and other environmental issues). Since Gore is rumored to be a fan of RealClimate, we thought it appropriate to give our first impressions.

Thinking About Africa’s Open Data I love Afrographique, a site I just heard about today that does data visualizations on African data. It’s done by Ivan Colic, a South African designer, as a “small contribution to assist the changing perception of Africa…” What Ivan does is brilliantly delve into the data that’s freely open on the internet to show patterns and information in ways that we might not have noticed if looking at the data in its raw format. The problem that Ivan has, is there’s not always that much information about Africa to use – in fact, some of his maps show big blank spots for countries on the continent with no known data for them. Getting African Data In Kenya, Ushahidi is working on a project about public service delivery and the companies and government entities responsible for them.

cagnotte cadeau, cagnotte anniversaire, cagnotte en ligne Create a money pot (for free) Share your money pot and collect contributions Ask your friends to contribute and keep track of your money pot with your computer, smartphone or tablet. Buy exactly what you want Give the money directly to the lucky recipient and let them decide how to spend it. RDF-Gravity Sunil Goyal, Rupert Westenthaler {sgoyal, rwestenthaler}@salzburgresearch.at Salzburg Research, Austria RDF Gravity is a tool for visualising RDF/OWL Graphs/ ontologies. Its main features are: Graph VisualizationGlobal and Local Filters (enabling specific views on a graph) Full text SearchGenerating views from RDQL QueriesVisualising multiple RDF files RDF Gravity is implemented by using the JUNG Graph API and Jena semantic web toolkit. Figure 1: Screenshot of RDF-Gravity, showing a part of Wine Ontology

Switching on: Africa's vast new tech opportunity This article was taken from the August 2011 issue of Wired magazine. Be the first to read Wired's articles in print before they're posted online, and get your hands on loads of additional content by subscribing online. In 2011, visitors to Africa looking for war, famine and pestilence have to dig a lot deeper than in the past. At Nairobi's Jomo Kenyatta International Airport, hardened missionaries have been replaced by gap-year students clustered around iPads, and on the streets the bad old days have given way to another holy trinity: Premier League football, Toyota Hiace minibuses and cellphones. Africa's national economies have grown consistently over the last decade.