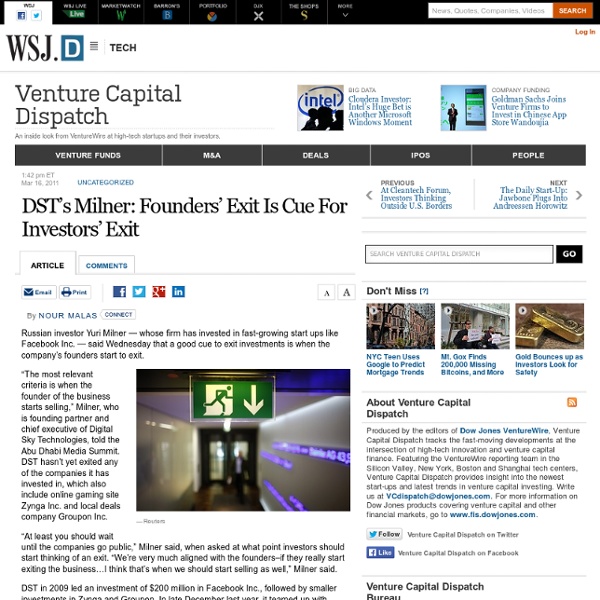 3 Reasons Curation is Here to Stay Perhaps you won't believe me since it's my job to spread the gospel of curation as the Chief Evangelist of Pearltrees, but I think curation is here to stay. These are the reasons why I believe this is the case. This year there has been a tremendous amount of buzz in Silicon Valley about curation. Magnify.net CEO Steven Rosenbaum recently published a book, Curation Nation that has sparked a tremendous amount of conversation on the topic. Likewise a post by Brian Solis has been retweeted thousands of times. Oliver Starr is the Chief Evangelist for Pearltrees. With all the attention curation has suddenly received, people are probably wondering if this is just another fad or is it something bigger? First, curation is one of the underlying principles of the Web. Allow anyone to access any type of documentAllow everyone to disseminate his or her own documentsAllow everyone to organize the entire collection of documents The graphic above illustrates this process of democratization.

4 Promising Curation Tools That Help Make Sense of the Web Steven Rosenbaum is a curator, author, filmmaker and entrepreneur. He is the CEO of Magnify.net, a real-time video curation engine for publishers, brands, and websites. His book Curation Nation is slated to be published this spring by McGrawHill Business. As the volume of content swirling around the web continues to grow, we're finding ourselves drowning in a deluge of data. Where is the relevant material? Where are the best columns and content offerings? The solution on the horizon is curation. In the past 90 days alone, there has been an explosion of new software offerings that are the early leaders in the curation tools category. 1. Storify co-founder Burt Herman worked as a reporter for the Associated Press during a 12-year career, six of those in news management as a bureau chief and supervising correspondent. At the AP, editors sending messages to reporters asking them to do a story would regularly write, “Can u pls storify?” Storify is currently invite only. 2. 3. 4. Conclusion

Inside Top TellMe Engineer's New Startup SnipIt What do you do after you travel across the world to help build a big enterprise, tech-heavy, company that gets acquired by Microsoft for $800 million? If you're Egyptian former TellMe senior engineer Ramy Adeeb, apparently you start a new social bookmarking service. Social bookmarking or curation is a long-saturated market, but the New Delicious and several other companies are making a big go at it again. Someday, somebody is going to nail it. Probably more than one somebody. Adeeb's new startup Snip.it is a service aimed at that market. Ramy Adeeb was a teenage tech prodigy in Egypt in the 1990's, then came to Harvard to study Computer Science. He stayed at Microsoft for less than a year, then got an MBA from Stanford and then joined leading Venture Capital firm Khosla Ventures as a Principal. Snip.it is all about saving collections of links: for yourself or to share with others.

Trunk.ly Adds Search and Curation to Social Bookmarking The wake of the Delicious debacle has been very fruitful for a few other services that occupy a similar Web curation space. One that popped up in the comments in our original post on Delicious was Trunk.ly, which sounded promising for not only offering to collect the links users share on social networks, but to make them searchable. Saving a bunch of links on "library school" is one thing, but being able to parse them out and subdivide them by search, that is where the beauty of data curation lies. Trunk.ly starts off by stating plainly that the nature of bookmarking is changing, that it's now a "rolling social rumble of retweets, likes, favorites, sharing, commenting and general discussion... whenever you show some interest in a link by taking a social action on it (liking it, tweeting it), Trunk.ly is actively monitoring and sucks that link into your Trunk." In a brief chat with CEO Tim Bull and CTO Alex Dong they described their vision for Trunk.ly as a "personal search engine."

Why Content Curation Is Here To Stay | brandpilgrim In a labyrinth of content, consumers have always looked to opinion leaders who could edit content for them and direct them towards relevant information. Oprah‘s book club moved masses of people towards her recommended list of books and authors. The web is facing the very same crisis today. A plethora of information that is strenuous to navigate through, we rely on peers and opinion leaders to direct us to safe ports, where we can find the supplies that we seek. In every market research that I have conducted, recommendation by peers is the single largest influencing factor. These would be relatives, neighbours, colleagues, even the odd celebrity endorser. I believe the definition of ‘peer’ has changed drastically. This is the environment that has made space for the Content Curator. Conventionally, a search would be performed in a search engine like Google. On the other hand, a content curator collects the best of information and showcases it at a single place.

How Tumblr is Changing Journalism Earlier this week we looked at the remarkable growth of Tumblr, a blogging and curation service that now gets over 12 billion page views per month. Tumblr is mostly used as a consumer curation tool - it's an easy way for people to re-post articles, images and videos. But Tumblr can also be used to power a news website. That's exactly what ShortFormBlog does. Launched in January 2009 by Ernie Smith from Washington D.C., the site publishes about 30 news soundbites a day. ShortFormBlog is still a part-time project for Smith, who also works as a graphic designer at The Washington Post. The concept behind ShortFormBlog is very simple: to publish really short posts throughout the day. The site publishes over 200 posts per week, an average of about 30 per day (higher on weekdays). The audience reaction and feedback - mostly via Tumblr, but also other social media such as Twitter - is a key part of the site. The Tumblr community is especially important. How Tumblr is Being Used

Google Says That Employees Change Search Rankings Posted by Tom Foremski - July 13, 2010 Richard Waters in an article at FT.com (Subscription required): Groups magnify chances of Google hits Companies with a high page rank are in a strong position to move into new markets. I've known about this for several years but wasn't able to get anyone from Google on the record. This admission is potentially a very large problem for Google because it has maintained that its index rankings are unbiased and are computed from a natural pecking order derived from how other sites find a specific site important. The Google algorithm is a mathematical expression drawing on the PageRank patented method (named after Larry Page, co-founder). Google is currently being sued by several companies claiming bias in Google results. Scott Cleland, whose blog "The Precursor" has been critical of Google, writes: He says that antitrust authorities are bound to ask key questions such as: It's a huge can of worms.

Bit.ly Bundles Now Allow Hyper Personalized Wikis: Tech News « Bit.ly, the URL link-shortener, took a turn last month into content curation with Bundles, its tool for packaging and preserving multiple links. Today the company is opening up the tool for collaboration among users, allowing people to share and create collections of relevant information as people seek to sort through the crush of content online. Now people who create a bundle can add new editors, who can contribute toward a shared bundle. The bundles are like a more personal and lightweight versions of a Wikipedia page but with the same ability to be a lasting resource for others when shared. At a simple level, it can be a list of links for recipes shared among friends or sports highlights built among fans of a particular team. Bit.ly has found that the bundles are being used in some interesting ways. Bundles highlights the growing interest in content curation, as users look for ways to cut through and organize the jumble of data online. Related GigaOM Pro content (sub req’d):

Content Is No Longer King: Curation Is King Curation And The Human Web... Posted by Tom Foremski - November 16, 2010 There is no doubt in my mind that the topic of curation and the Internet, is an important one and that it will be a dominant topic in 2011. Curation is important because we are reaching the limits of what can be achieved through algorithms and machines in organizing and navigating the Internet. Aggregation looks like curation but it's not. I define curation as a person, or a group of people, engaged in choosing and presenting a collection of things related to a specific topic and context. Aggregation employs software (algorithms) and machines (servers) to assemble a collection of things related to a specific topic and context. Aggregation tools can be employed by curators but the human act of curation adds a layer of value that aggregation alone cannot provide. A good example is Techmeme, the news aggregator run by Gabe Rivera. Techmeme uses an algorithm to find and publish links to the most important tech news of the day.

Why Content Curation Is Here to Stay Steve Rosenbaum is the CEO of Magnify.net, a video Curation and Publishing platform. Rosenbaum is a blogger, video maker and documentarian. You can follow him on Twitter @magnify and read more about Curation at CurationNation.org. For website content publishers and content creators, there's a debate raging as to the rights and wrongs of curation. While content aggregation has been around for a while with sites using algorithms to find and link to content, the relatively new practice of editorial curation — human filtering and organizing — has created what I'm dubbing, "The Great Creationism Debate." The debate pits creators against curators, asking big questions about the rules and ethical questions around content aggregation. In trying to understand the issue and the new emerging rules, I reached out to some of the experts who are weighing in on how curation could help creators and web users have a better online experience. The Issues at Hand Who are curators? Where We Stand Now

thanks ! good kind of reading for this week-end ! by agnesdelmotte Mar 25

"I think the next big theme is basically curation [...] and my guess is that its probably going to be 50% driven by your network and 50% driven by algorithms.” by agnesdelmotte Mar 24