A tour of the British Isles in accents 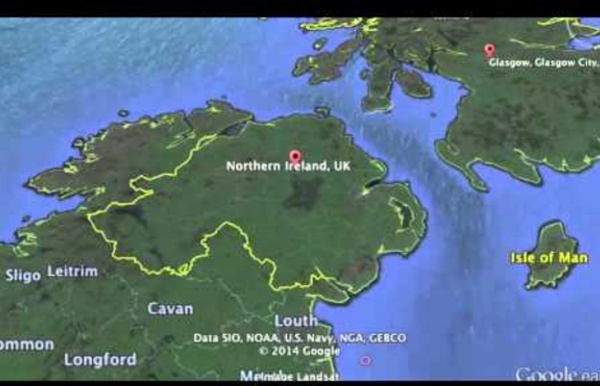 Visiting students’ perspectives on China and India If you’re looking for audio resources featuring a wider variety of accents than is offered in most coursebooks, then YouTube is the place to go. This is the second in our series of five free downloadable lesson plans and worksheets based on YouTube clips, aimed at inspiring teachers to expose students to the full range of English accents in the world. The lessons are suitable for Pre-intermediate level classes and above, although the audio materials could be used with Elementary classes by adapting the tasks. The discussion questions related to accents and pronunciation could also be done in students’ first language if these are too challenging at their level. 2nd Largest Nationality Living In Each European Country Map by reddit user JimWillFixIt69 The map above shows the flag of the 2nd largest nationality, by country of birth, living in each European country. Thus, it may include citizens and those who have moved temporarily for work. Nevertheless, there are many surprises, such as:

Delayed dictation What is “delayed dictation”? Instead of getting students to transcribe immediately what you say, or what a partner says, you can enforce a 10 second delay so that students have to keep running over in their heads what they have heard. Some teachers have even used the delay time to try to distract students with music. It’s an added challenge for students but has significant value, I think. It reminds me of a phenomenon in music called audiation. I use it frequently as a singer and I bet you do too. Sounds Familiar? What you can hear You can listen to 71 sound recordings and over 600 short audio clips chosen from two collections of the British Library Sound Archive: the Survey of English Dialects and the Millennium Memory Bank. You’ll hear Londoners discussing marriage and working life, Welsh teenagers talking with pride about being bilingual and the Aristocracy chatting about country houses. You can explore the links between present-day Geordie and our Anglo-Saxon and Viking past or discover why Northern Irish accents are a rich blend of seventeenth century English and Scots. You can study changes in pronunciation among the middle classes or find out how British Asians express their linguistic identity. What you can do

Teaching the schwa The schwa Why the schwa is the most common sound Why I teach the schwa How I teach the schwa Conclusion Why the schwa is the most common sound In stress-timed languages such as English, stresses occur at regular intervals. The words which are most important for communication of the message, that is, nouns, main verbs, adjectives and adverbs, are normally stressed in connected speech. Grammar words such as auxiliary verbs, pronouns, articles, linkers and prepositions are not usually stressed, and are reduced to keep the stress pattern regular. This means that they are said faster and at a lower volume than stressed syllables, and the vowel sounds lose their purity, often becoming a schwa. Prince Charles 'black spider' memos reveal lobbying of Tony Blair A cache of secret memos sent by Prince Charles to senior UK ministers has finally been published, following a 10-year freedom of information battle between the Guardian and the government. The letters reveal that Charles lobbied ministers, including former prime minister Tony Blair, on a wide range of issues including agriculture, the armed forces, architecture and homeopathy. The correspondence was disclosed after the Guardian won a decade-long legal tussle with the government, which had argued that publication of the letters would make it hard for Charles to maintain a position of public neutrality when he became king. The letters, published at 4pm on Wednesday, reveal how Charles lobbied Tony Blair when he was prime minister to replace Lynx military helicopters.

Five essential listening skills for English learners How can learners improve their listening comprehension? Teacher Raphael Ahmed shares some useful strategies in one of our top five articles of all time, illustrated by artist Jamie Johnson. Why listening is important It should not be difficult to realise the importance of listening when we consider that it occupies about 45 per cent of the time adults spend in communication. This is significantly more than speaking, which accounts for 30 per cent, and reading and writing, which make up 16 per cent and nine per cent respectively.

A Brief Clarification About New Zealand Accents (Wikimedia) I want to quickly clear something up about New Zealand accents, since the topic was touched upon briefly yesterday. In New Zealand English, the vowel in “short e” words like dress or bed moves very close to the vowel that Americans and Brits use in the word kit. In a strong Kiwi accent, therefore, red will sound very similar to American rid (i.e. IPA ɹɪd). Just to be clear, though: the vowel in dress does not merge with the vowel in kit.

Here are the funniest 'global stereotype' maps Unless you've been living in a cave for the last few years, you've definitely seen (and laughed at) the wildly popular 'global stereotype' maps. The man behind them is Bulgarian artist Yanko Tsvetkov, who told i100.co.uk he started making the satirical maps for fun when trying to explain European geopolitics to friends from abroad. Yanko said the maps he put up on Flickr "accidently" went viral, and based on the interest, he decided to expand the project. It was so popular it ended up spawning two books called Atlas of Prejudice Volumes 1 and 2, and Yanko has just finished a third which unveils "new fascinating landscapes of human bigotry."

Ten activities to practise listening fluency in the English classroom Kasia Piotrowska, winner of the British Council's TeachingEnglish blog award, has collected her favourite listening tasks, games and online resources. More than half of the time we spend communicating is devoted to listening, according to Chris Battel and his book Effective Listening (ASTD Press, 2006). That makes listening one of the most important language skills to master. My learners often say that it is challenging for them to follow news, songs, or TV series in English. Australian Voices Click on the map to hear voices from different parts of Australia. The differences in regional accents are explained below. Also visit the ABC's Australian Word Map to find out about Australian regionalisms - words, phrases and expressions used by particular language groups.