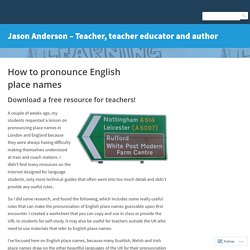 A couple of weeks ago, my students requested a lesson on pronouncing place names in London and England because they were always having difficulty making themselves understood at train and coach stations. I didn’t find many resources on the Internet designed for language students, only more technical guides that often went into too much detail and didn’t provide any useful rules. So I did some research, and found the following, which includes some really useful rules that can make the pronunciation of English place names guessable upon first encounter.

I created a worksheet that you can copy and use in class or provide the URL to students for self-study. It may also be useful for teachers outside the UK who need to use materials that refer to English place names. The link is provided below, but first here are a few useful rules: Endless stream of movie clips of specific phrases () 10 tricky pronunciations. Dictionaries are descriptive, not prescriptive, and if everybody started pronouncing space with a silent ‘p’ or genius with a hard ‘g’, then Oxford Dictionaries would reflect that fact. 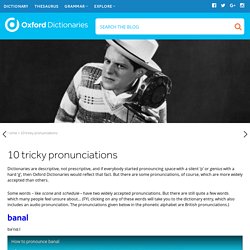 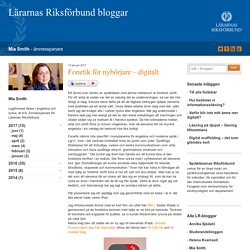 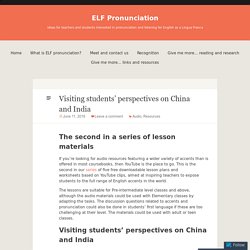 This is the second in our series of five free downloadable lesson plans and worksheets based on YouTube clips, aimed at inspiring teachers to expose students to the full range of English accents in the world. The lessons are suitable for Pre-intermediate level classes and above, although the audio materials could be used with Elementary classes by adapting the tasks. The discussion questions related to accents and pronunciation could also be done in students’ first language if these are too challenging at their level. The materials could be used with adult or teen classes. In this 2 minute BBC video, Chinese students talk about living in India, and Indian students talk about living in China. One Woman, 17 British Accents - Anglophenia Ep 5. A tour of the British Isles in accents. Varieties of English - Soundmap - Internasjonal engelsk.

Fonetik med iPad och dator. Phonemic chart. Improve your pronunciation using Youtube. Speech Accent Archive. 8 Tips for British English Pronunciation. Free dialect and accent recordings for the performing arts. Language fail improved version! (does proper english some funny mistakes)[with subs] Problems with English pronunciation FUNNY. Teaching the schwa. The schwa Why the schwa is the most common sound Why I teach the schwa How I teach the schwa Conclusion Why the schwa is the most common sound In stress-timed languages such as English, stresses occur at regular intervals. 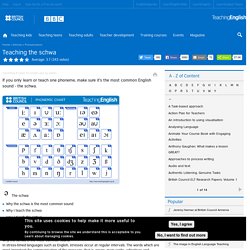 The words which are most important for communication of the message, that is, nouns, main verbs, adjectives and adverbs, are normally stressed in connected speech. Grammar words such as auxiliary verbs, pronouns, articles, linkers and prepositions are not usually stressed, and are reduced to keep the stress pattern regular. This means that they are said faster and at a lower volume than stressed syllables, and the vowel sounds lose their purity, often becoming a schwa. The same thing happens with individual words. Why I teach the schwa To understand the concept of word or sentence stress, learners also need to be aware of the characteristics of 'unstress', which include the occurrence of the schwa.

How I teach the schwa Catherine Morley, British Council, Mexico.