A prime aim of the growing Surveillance State - Glenn Greenwald 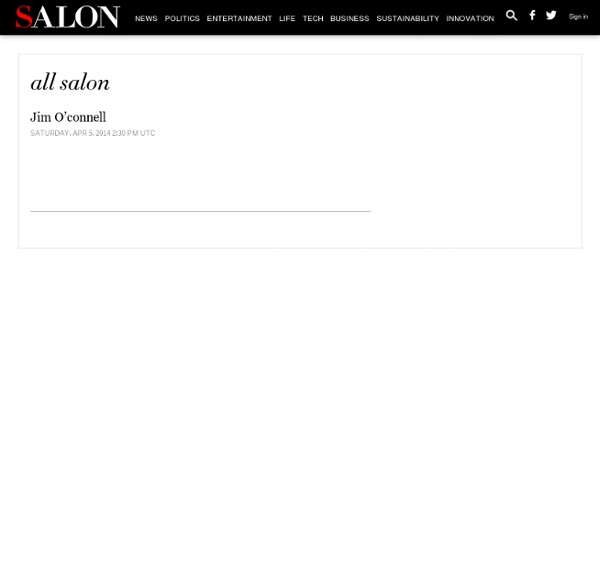 Mind Your Tweets: The CIA Social Networking Surveillance System That social networking sites and applications such as Facebook, Twitter and their competitors can facilitate communication and information sharing amongst diverse groups and individuals is by now a cliché. It should come as no surprise then, that the secret state and the capitalist grifters whom they serve, have zeroed-in on the explosive growth of these technologies. One can be certain however, securocrats aren’t tweeting their restaurant preferences or finalizing plans for after work drinks. No, researchers on both sides of the Atlantic are busy as proverbial bees building a “total information” surveillance system, one that will, so they hope, provide police and security agencies with what they euphemistically call “actionable intelligence.” Build the Perfect Panopticon, Win Fabulous Prizes! Hardly a catchy acronym, but simply put INDECT is working to put a human face on the billions of emails, text messages, tweets and blog posts that transit cyberspace every day; perhaps your face.

The Myth of Trafficking - Marijke Vonk Originally published on Marijkes Praktijken. Author Marijke Vonk. Translated by Maartje Swart. It’s a classic heroic tale: bad guys abduct an innocent little girl, hero barges into their lair and saves the damsel in distress. ‘Anonymous’ hacks security firm that probed its membership‎ By Monday, February 7, 2011 10:01 EDT The online group of hacktivists known as “Anonymous” infiltrated the network and websites of an Internet security company after learning the company planned to sell information about the group to the FBI. The website of Washington DC-based HBGary Federal was hijacked Sunday along with the Twitter account of CEO Aaron Barr. The company’s website was defaced with a message that read, “This domain seized by Anonymous under section #14 of the rules of the Internet.” “Your recent claims of ‘infiltrating’ Anonymous amuse us, and so do your attempts at using Anonymous as a means to garner press attention for yourself,” the messaged continued. “How’s this for attention?”

OpenLeaks - LeakDirectory From LeakDirectory OpenLeaks.org is a current work in progress by former WikiLeaks.org people, including [Domscheit-Berg] with the intention of providing a whistleblowing infrastructure for local whistleblowers and the mainstream media and non-governmental organisations, without the controversy associated with Julian Assange and WikiLeaks.org They should have much to contribute in terms of computer infrastructure security, anonymity and scalability experience, but their system, like that of Wikileaks.org / WikiLeaks.ch itself, is not currently accepting any whistleblower submissions. See Andy Greenberg's article: OpenLeaks Announces A Test Launch, Invites 3,000 Hackers To Attack It

Obama's Prisoner Dilemma: Reject Torture, Defend Torturers President Barack Obama finds himself in a quandary of sorts over his public position opposing torture and secret detentions. The new U.S. president has renounced those Bush administration practices, but government lawyers continue to defend the previous administration’s top officials accused of authorizing and carrying out those policies. "The Obama administration, from day one, said waterboarding is torture," says Mary Dryovage, a civil rights lawyer who represents federal employees suing the government. "How can one simultaneously state waterboarding is a crime and represent one of the architects of one of the legal arguments in support of waterboarding, which is defined in the Geneva Conventions as a war crime?" Chief among those enjoying a taxpayer-funded defense is John Yoo, now a Boalt Hall School of Law scholar at the University of California, Berkeley.

U.S. conducting ‘mass surveillance’ against Arab world: report By David EdwardsWednesday, June 22, 2011 13:48 EDT The former self-appointed spokesman for the collective of hacktivists known as “Anonymous” revealed Tuesday what he called a massive U.S spying program against the Arab world. In an email to about a dozen journalists, Barrett Brown said his Project PM had uncovered the nature of the U.S. spying operation known as Romas/COIN and its replacement called Odyssey. “For at least two years, the U.S. has been conducting a secretive and immensely sophisticated campaign of mass surveillance and data mining against the Arab world, allowing the intelligence community to monitor the habits, conversations, and activity of millions of individuals at once,” Brown wrote. Brown’s team made the discovery by analyzing 70,000 emails from data intelligence firm HBGary Federal.

Digital Dualism versus Augmented Reality The power of social media to burrow dramatically into our everyday lives as well as the near ubiquity of new technologies such as mobile phones has forced us all to conceptualize the digital and the physical; the on- and off-line. And some have a bias to see the digital and the physical as separate; what I am calling digital dualism. Digital dualists believe that the digital world is “virtual” and the physical world “real.” This bias motivates many of the critiques of sites like Facebook and the rest of the social web and I fundamentally think this digital dualism is a fallacy. Instead, I want to argue that the digital and physical are increasingly meshed, and want to call this opposite perspective that implodes atoms and bits rather than holding them conceptually separate augmented reality. I have used this perspective of augmentation to critque dualism when I see it.

The Organic Elite Surrenders to Monsanto: What Now? "The policy set for GE alfalfa will most likely guide policies for other GE crops as well. True coexistence is a must." - Whole Foods Market, Jan. 21, 2011 In the wake of a 12-year battle to keep Monsanto's Genetically Engineered (GE) crops from contaminating the nation's 25,000 organic farms and ranches, America's organic consumers and producers are facing betrayal.