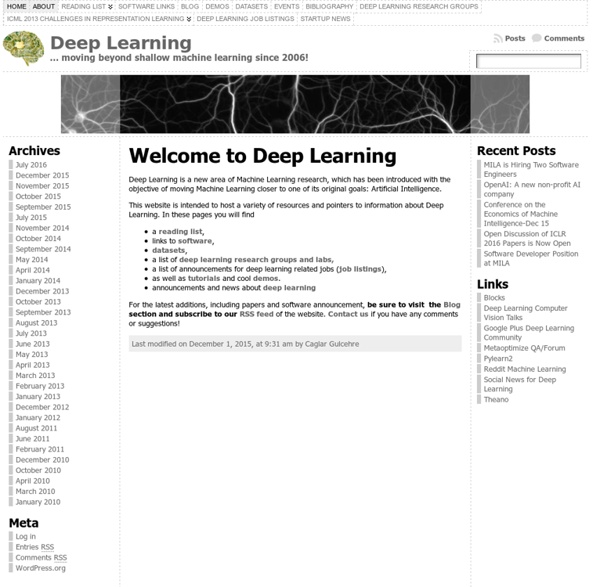 Stephen Hawking, Elon Musk, and Bill Gates Warn About Artificial Intelligence Hillary Clinton at the Iowa State Fair on August 15, 2015 in Des Moines, Iowa. (Photo by Win McNamee/Getty Images) The meme that now seems to be dominating much of the media coverage of the Democratic Primary is that pundits and experts are underestimating Bernie Sanders’s chances of winning the Democratic nomination for president. Mr. Recency bias is essentially the tendency to predict upcoming events based too heavily on recent history, rather than a broader sample. Selection bias is a more general tendency to pick cases to support an argument rather than looking at the broader universe of cases or to make a random sample. Is Al Gore Hillary circa 2000? A related point here is that while new media has had an impact on political communication, strategy and campaigns that has permanently changed politics, it also has contributed to a polity where people increasingly communicate with people who share their own political views. While Ms.

Artificial Intelligence for Robotics Course | Udacity Success in this course requires some programming experience and some mathematical fluency. Programming in this course is done in Python. We will use some basic object-oriented concepts to model robot motion and perception. The math used will be centered on probability and linear algebra. See the Technology Requirements for using Udacity. Guy Hoffman Deep Learning and Neural Networks Advanced Research Seminar I/III Graduate School of Information Science Nara Institute of Science and Technology January 2014 Instructor: Kevin Duh, IS Building Room A-705 Office hours: after class, or appointment by email (x@is.naist.jp where x=kevinduh) Course Description Deep Learning is a family of methods that exploits using deep architectures to learn high-level feature representations from data. Prerequisites: basic calculus, probability, linear algebra. Course Schedule Jan 14, 16, 21, 23 (9:20-10:50am) @ IS Building Room L2 Two video options are available: [1] Video (HD) includes slide synchronization and requires Adobe Flash Player version 10 or above. [2] Video (Youtube) may be faster to load and is recommended if you have trouble with Video (HD). If you find errors, typos, or bugs in the slides/video, please let me know. Useful References

PyBrain The AI Revolution: Road to Superintelligence PDF: We made a fancy PDF of this post for printing and offline viewing. Buy it here. (Or see a preview.) Note: The reason this post took three weeks to finish is that as I dug into research on Artificial Intelligence, I could not believe what I was reading. We are on the edge of change comparable to the rise of human life on Earth. — Vernor Vinge What does it feel like to stand here? It seems like a pretty intense place to be standing—but then you have to remember something about what it’s like to stand on a time graph: you can’t see what’s to your right. Which probably feels pretty normal… The Far Future—Coming Soon Imagine taking a time machine back to 1750—a time when the world was in a permanent power outage, long-distance communication meant either yelling loudly or firing a cannon in the air, and all transportation ran on hay. This experience for him wouldn’t be surprising or shocking or even mind-blowing—those words aren’t big enough. This works on smaller scales too. 1. What Is AI?

CS 229: Machine Learning Digital version of piece of rat brain fires like the real thing The brain is going digital. A tiny piece of a rat’s brain has been reconstructed in minute detail in a computer. The digital piece of brain, which includes 31,000 neurons and their 37 million synapses, fires like the real thing, and is already revealing fresh clues as to how the brain works. The simulation is the first significant achievement of the Blue Brain project, which was launched 10 years ago by Henry Markram at the Swiss Federal Institute of Technology in Lausanne, Switzerland. So far, the digital brain recreates a piece of tissue about one third of a millimetre cubed. “As one of the first concrete outputs from the billion-euro Human Brain Project this had to be a substantial piece of work, and it is,” says Anil Seth at the University of Sussex in the UK. Microcircuit brain Markram and his many colleagues – a team comprising 82 people across 12 institutions – created their model using data they have been collecting for the last two decades. Choristers and soloists