Andrew Ng Has a Chatbot That Can Help with Depression. I’m a little embarrassed to admit this, but I’ve been seeing a virtual therapist. 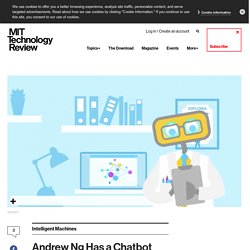 It’s called Woebot, and it’s a Facebook chatbot developed by Stanford University researchers that offers interactive cognitive behavioral therapy. And Andrew Ng, a prominent figure who previously led efforts to develop and apply the latest AI technologies at Google and Baidu, is now lending his backing to the project by joining the board of directors of the company offering its services. Going to Mars? Meet Your Robot Therapist. “If the oxygenator breaks down, I'll suffocate. 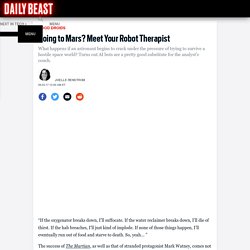 If the water reclaimer breaks down, I'll die of thirst. If the hab breaches, I'll just kind of implode. If none of those things happen, I'll eventually run out of food and starve to death. So, yeah... ” The success of The Martian, as well as that of stranded protagonist Mark Watney, comes not from the ability to “science the shit” out of the situation, but from moxie and humor. Despite rigorous screenings and evaluations, there’s no foolproof way to predict how astronauts will react to the pressures of living in places that seemed designed to prevent human survival. Astronauts can’t exactly Yelp good therapists in the area and commiserating with crew members may not be enough to address their various mental health needs (especially if a crew member is a source of conflict). 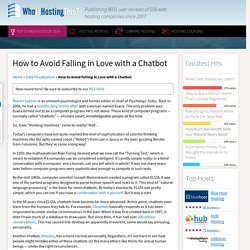 Be sure to subscribe to our RSS feed. Robert Epstein is an eminent psychologist and former editor in chief of Psychology Today. Back in 2006, he had a months long online affair with a woman named Evana. The only problem was: Evana turned out to be a computer program. So, have “thinking machines” come to reality? Today’s computers have not quite reached the level of sophistication of colorful thinking machines like the aptly named robot (“Robot”) from Lost in Space or the beer guzzling Bender from Futurama.

In 1950, the mathematician Alan Turing devised what we now call the “Turning Test,” which is meant to establish if a computer can be considered intelligent. By the mid-1960s, computer scientist Joseph Weizenbaum created a program called ELIZA. In the 50 years since ELIZA, chatbots have become far more advanced. Microsoft's Xiaoice chatbot may be coming to English at Tay.ai - MSPoweruser. Microsoft has a very successful AI-driven chatbot called Xiaoice in China, which has millions of followers and has even joined China’s “Morning News”, a morning live TV programme on Dragon TV, hosting everyday weather forecast as a trainee anchor. 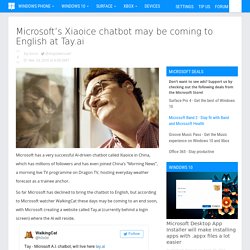 So far Microsoft has declined to bring the chatbot to English, but according to Microsoft watcher WalkingCat these days may be coming to an end soon, with Microsoft creating a website called Tay.ai (currently behind a login screen) where the AI will reside. The Chatbot That's Acing the Largest Turing test in History. One night in late July 2014, a journalist from the Chinese newspaper Southern Weekly interviewed a 17-year-old Chinese girl named Xiaoice (pronounced Shao-ice). 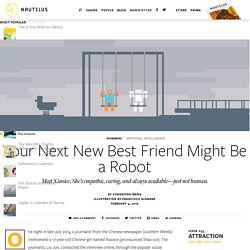 The journalist, Liu Jun, conducted the interview online, through the popular social networking platform Weibo. It was wide-ranging and personal: It's not me, it's Her: I can't fall in love with my operating system. I’ve just asked Siri about Her. 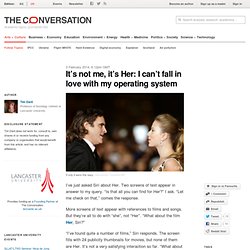 Two screens of text appear in answer to my query. “Is that all you can find for Her?” I ask. “Let me check on that,” comes the response. More screens of text appear with references to films and songs. Dr. Romulon Chatbot. If Your Shrink Is A Bot, How Do You Respond? : Shots - Health News. Ellie (right) is a computer simulation designed to engage real people, like the woman on the left, in meaningful conversation and take their measure. 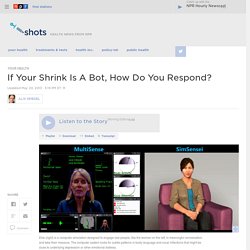 MIT has developed a computer program that assesses its user's conversational skills Whether it’s a job interview or a hot date, there are certain interpersonal situations where we really want to be at our best. 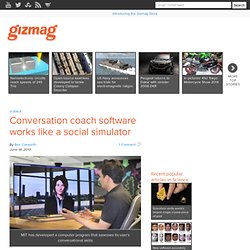 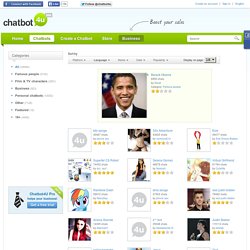 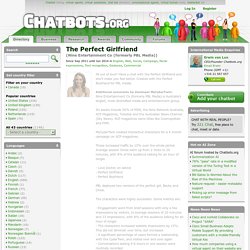 Have a chat with the Perfect Girlfriend and she’ll make you feel better. Created with the Perfect Boyfriend for PBL media. Additional comments by developer MyCyberTwin:Nine Entertainment Co (formerly PBL Media) is Australia’s largest, most diversified media and entertainment group. Its assets include 50% of MSN, the Nine Network Australia, ACP Magazines, Ticketek and the Australian News Channel (Sky News). ACP magazines owns titles like Cosmopolitan and FHM. MyCyberTwin created interactive characters for a 4 month campaign on ACP magazines. These increased traffic by 15% over the whole period. . - Love Doctor, an advice - Perfect Girlfriend - Perfect Boyfriend.