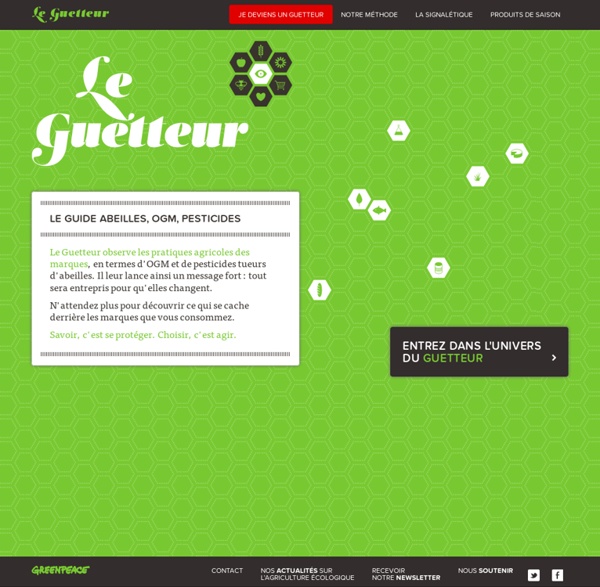 How To Build A Vertical Garden Pyramid Tower For Your Next DIY Outdoor Project Having the correct planting space is usually a problem when trying to plan your new garden layout. If you don’t have enough room to plant this year try going vertical. This DIY Garden Tower Planter (strawberry planter) will give you the extra gardening and planting space you need. This is a great DIY Garden Project but because of the compound angles that need to be cut, it requires a compound miter saw which does take some skill to use correctly.

In the Shadow of Wounded Knee (Photos -Videos) After 150 years of broken promises, the Oglala Lakota people of the Pine Ridge Reservation in South Dakota are nurturing their tribal customs, language, and beliefs. A rare, intimate portrait shows their resilience in the face of hardship. Almost every historical atrocity has a geographically symbolic core, a place whose name conjures up the trauma of a whole people: Auschwitz, Robben Island, Nanjing.

EPA’s new pesticide rules: Will they make a difference? A few days ago, the EPA proposed new rules to protect farmworkers from pesticides. It’s about time. The standards were last updated in 1992, and there’s been a lot of research on the effects of pesticides on human health in the 22 years since. Among the proposed changes: Workers would need to be at least 16 years old in order to handle pesticides, except in some situations involving small family farms. Farms would be obligated to hold mandatory safety trainings every year, instead of every five years, to cover things like how to handle pesticides, how to clean gear and clothing and yourself after handling them, how to know when it’s safe to return to a field that has been treated, and what legal protections are available to farmworkers.

Werner Sobek Architect: Werner Sobek, Stuttgart/Germany Planning time:2013 – 2014 Construction time: 2014 Services rendered by Werner Sobek:design, general planning, interface design and sustainability consultancy Client:E-Lab Projekt gGmbH, Stuttgart/Germany Photographer: Zooey Braun, Stuttgart/Germany Earth Wisdom for a World in Crisis (VIDEO) Can indigenous people save the world? Listen to their "earth wisdom" and consider a life in balance with nature. In recent years, more have become aware of the unique wisdom in the cosmologies and spiritual practices of indigenous societies. While this native wisdom has always been part of human existence, its teachings have remained outside so-called “formal” religions, leading to zealous missionary campaigns seeking to stamp out this “paganism” from the face of the earth.

Pesticide in frozen food sickens hundreds in Japan Some of the food that’s been sold out of freezers in Japan recently has had a strange smell to it — a fishy odor that has nothing to do with seafood. It’s the smell of malathion, an insecticide. More than 1,000 people have been sickened so far by eating frozen foods laced with the pesticide, according to some media reports. From the BBC: [Food company Maruha Nichiro Holdings] is recalling at least 6.4 million food packages manufactured at a factory in Gunma prefecture, north of Tokyo.It started the food recall last week, recovering more than one million packages so far.

Chemical Agriculture on the Attack, Again Keeping politicians on message can sometimes be difficult. That also holds true of corporate chiefs and movie stars. Even the most seasoned, media-savvy folks veer off their talking points on occasion. But that's not the case with the pesticide industry and its clientele. Pesticides just got a whole lot smaller. Is that a good thing? Nanoparticles are basically the X-Men of the molecular world, in that they are unpredictable, elusive, and come in a dizzying array of forms. So it should come as no surprise that scientists are now researching a new type of nanotechnology that could revolutionize modern farming: nanopesticides. (Cue: Ooo, ahh) Recent studies have suggested that the nano-scale pesticide droplets could offer a range of benefits including raising crop durability and persistence, while decreasing the amount of pesticide needed to cover the same amount of ground. But they’re also looking at the hefty potential for trouble: No one knows if the nanopesticide particles will seep into water systems, and, if they do, if they will harm non-pests like bees, fish, and even humans. As we’ve written before, nanotechnology involves engineering particles that are tinier than the tiniest tiny.

Are shrooms the new pesticide? Scientists in Ireland have found that growing fungus inside barley helps the plants ward off disease. Brian Murphy, a botanist at Trinity College Dublin, has also shown that an inoculation of fungus allows plants to thrive in harsh conditions. ClimateWire, which has a nice write-up here, quoted Murphy explaining that the fungal treatment helped when plants were exposed to drought, stress, and disease all at once: “We found fantastic benefits,” he said. “We hit these plants with them all at the same time, and we really made them suffer. The plants treated with [fungi] had six times the survival rate as those without.