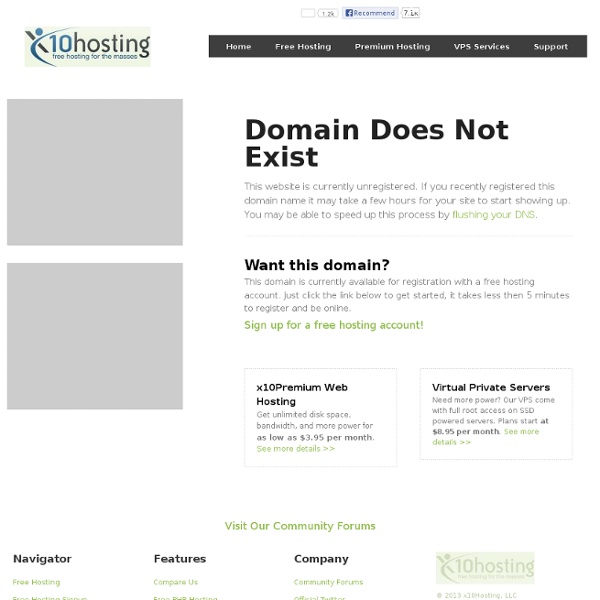 CrowdVoice Cancel Cancel Show Voices on the map. Learning Javascript with Object Graphs HEADS UP! This article was written for an older version of node. More up-to-date information may be available elsewhere. One of the secrets to being a super effective JavaScript developer is to truly understand the semantics of the language. This article will explain the basic elemental parts of JavaScript using easy to follow diagrams. References Everywhere

UK activists surround miniature White House as pipeline protests go global  Rise Up from Nancy Boulicault on Vimeo. Sunday 6th November – For immediate release Activists outside the US Embassy in London surrounded a model of the White House to protest against the proposed US Keystone XL pipeline. Holding banners that read “Obama NO!” and “Tar sands is blood oil”, the action corresponded with 6000 people in Washington DC surrounding the White House to urge Obama to reject the proposed 1600-mile pipeline that would take tar sands oil from Alberta to the US Gulf Coast. [1] “The Keystone XL pipeline would entrench our reliance on a particularly dirty fossil fuel which is devastating communities,” said UK Tar Sands Network campaigner Suzanne Dhaliwal.

ENERGY GRANTS UK The Energy Saving Trust recommend that you receive at least three quotes from approved local Solar PV installers. Home > Solar PV (photovoltaic) The Solar PV Feed in Tariff pays private households with Solar Panels 14.38p for each unit of electricity generated, for 20 years. A Solar PV system will cost from £3,000 depending on the size. Feed in Tariff earnings and bill savings typically mean that the cost can be recovered within 10 years.

Martha's Vineyard Local police deflated an advocacy group’s Thursday plans to showcase a large inflatable rat at Five Corners on Martha’s Vineyard, according to a local news report. Americans for Job Security had barely set up its giant rat when local police told the group’s organizers to take it down. In a release, the group wrote it was using the display to remind the vacationing President Barack Obama of his administration’s “job-killing policies.” We All Occupy Occupying is behaving as if you live in the better world we all dream of: where basic needs are met for all, where greed is unacceptable, and where people consider others when they make decisions. To be honest, being kinder and more helpful is everything. Imagine if all of the people who work for banks and corporations had been kinder and more helpful. How about the politicians? Globally, we would not be in the situation we are in today. But if you want to take more concrete actions, then pick an issue that matters to you and pressure your government or a corporation to change their behavior.

8 ways to be a better programmer in 6 minutes. 'hacka' on Sun, 08 Feb 2009 10:12:44 GMT, sez: stop using .net 'lb' on Sun, 08 Feb 2009 10:14:27 GMT, sez: @Hacka Ouch! i'd be happier with 'don't exclusively use .net' 'Don2' on Sun, 08 Feb 2009 10:26:20 GMT, sez: Clean Energy President Embraces Dirty, Dangerous, and Expensive Future One can’t help but feel that Obama is still of a mind to go ahead and OK this dangerous and much-derided plan [the Keystone XL pipline], it is just the Obama 2012 campaign that’s agonizing over how to spin it. Back in 2008, Obama the candidate seemed to understand the threat posed by global warming, and he spoke often of moving away from carbon-heavy fuel sources like tar sands. Now, a good part of what is considered the president’s “base,” it seems, understands that the transcontinental pipeline is not only a danger to farmlands and aquifers, but also a betrayal of a campaign promise.

'Artificial leaf' makes fuel from sunlight (w/ video) Researchers led by MIT professor Daniel Nocera have produced something they’re calling an “artificial leaf”: Like living leaves, the device can turn the energy of sunlight directly into a chemical fuel that can be stored and used later as an energy source. The artificial leaf — a silicon solar cell with different catalytic materials bonded onto its two sides — needs no external wires or control circuits to operate. Simply placed in a container of water and exposed to sunlight, it quickly begins to generate streams of bubbles: oxygen bubbles from one side and hydrogen bubbles from the other.