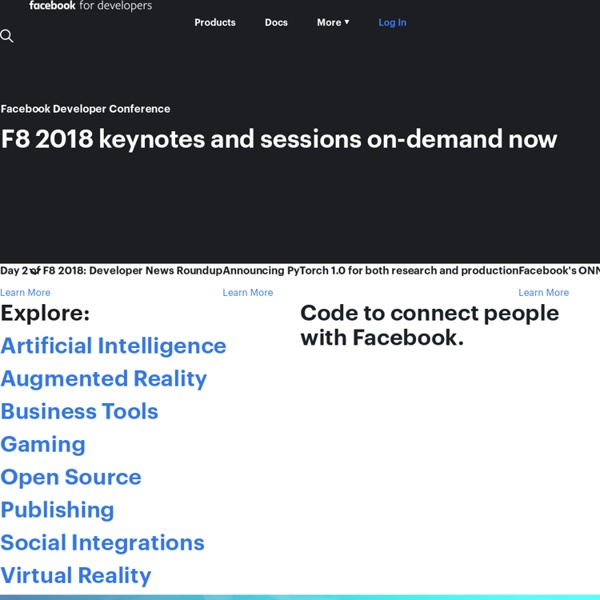 Facebook Powertools: 150+ Apps, Scripts and Add-ons for Facebook Facebook is growing at a fast rate these days, with hundreds of new applications, scripts and Firefox add-ons driving that growth. We've picked out the leading browser extensions, desktop applications, Greasemonkey scripts and Facebook apps - more than 150 in all. Firefox Toolbar - adds Facebook search and activity notifications to Firefox. Also view friends and share content without visiting Facebook itself. Facebook HugBack - makes all our pokes display as "hugs" - only visible to you, not your friends. Notre Dame Facebook Style - a custom "University of Notre Dame" style that adds a custom header and theme to all Facebook pages. Facebook Photo Album Downloader - download entire albums from Facebook with a click. Boost for Facebook - adds all kinds of Facebook-specific features to your browser, including skins, notifications, auto-poke, auto-login, friends in your sidebar and more. Facebar - another Facebook toolbar with automatic login, search and quick links. Business Yahoo! Food & Drink

Your Mom’s Guide to Those Facebook Changes, and How to Block Them Facebook launched some fairly impressive new features and services at its recent f8 conference, but some of them were also more than just a little scary. Since a lot of what the company talked about was introduced in either “developer speak” — involving terms like API and JSON — or involved social networking jargon such as “social graph” and “activity map,” we thought it would be handy to break it down for those who aren’t as well versed in such things (maybe your mom, maybe your brother-in-law — maybe you). What do these changes mean? And what should you do if you don’t like the prospect of automatically sharing your activity with everyone you know on Facebook? Liking without logging in: The biggest change Facebook has launched will let any website you visit display a simple “like” button, for example on a story at CNN.com — although CNN has decided to use the term “recommend” instead. Instant personalization: What should you do? But what if you don’t want to cancel your account?

All About Facebook More and more every day, the social networking giant Facebook is becoming a large part of the overall Internet experience. Company estimates state that over 175 million people have joined since its founding in 2005, and the users themselves contribute millions of pieces of content daily. The February 2009 Facebook numbers are striking. Each day during the month, Facebook users averaged over 3 billion minutes on the site. In addition, Compete found that that US residents spent more time on Facebook than any other Website, beating out previous leader Yahoo!. But Facebook’s rapid user growth has not translated into advertising revenues. The habits of social network users are one obstacle. If not through advertising, how can marketers leverage Facebook for their campaigns? None said increasing intent to purchase. “If you’re going to build a community, don’t center it around your product, but rather on something deeply relevant to a particular consumer group,” said eMarketer CEO Geoff Ramsey.

Non-Profits on Facebook How to Build Engaging One-of-Kind Facebook Fan Pages Don’t let anyone tell you it is easy to create a successfully engaging Facebook Fan Page. It is not. It’s not an insurmountable task either. There are great tools and tips available that will help you create an outstanding page for your brand without an immense amount of time or capital invested. Let me start off by saying, Facebook itself is the only true obstacle in the whole page creation process. Fan Page Profile Pictures You might not know this but you can use a picture for your profile page as large as 200 x 600 pixels. Example: Diverse Tabs Facebook allows you to change the traditional boring tabs to be more exciting, original, and relevant. If you want to change your page’s tabs, you will first need to add this FBML application to your page. Here’s what I did: Page Dashboard: Landing Page: Now, since this is the tab you want new visitors to see and experience first, you need to set it this way on your admin page. This is the end result: And, that’s it. Spotlight the People on your Team

Safety Who is looking at your Facebook? 3 Privacy Options you NEED to set Back in September we reported that Facebook had, at the behest of the Canadian government, implemented a host of new privacy options. However implementing these features meant changing users privacy settings, and while Facebook took lengths to make sure that users were prompted with a message about the new privacy settings and given immediate options for securing their profile, the pop up left many people with a false feeling that they had secured their Facebook profile from prying eyes. In fact, the update left many things open and accessible to the public, things that you need to secure. 1. One of the first things that happened after the Facebook switch over was that everyone's albums became public, including profile pictures. To correct this, click profile and then at the bottom of the page click "Album Privacy". If you have photos from parties, photos of yourself drunk, or any other embarrassing pictures you will want to set those to private, friends, or custom. 2. 3. Like this post?

and Privacy Facebook co-founder Mark Zuckerberg opens up Mark Zuckerberg founded Facebook in his college dorm room six years ago. Five hundred million people have joined since, and eight hundred and seventy-nine of them are his friends. The site is a directory of the world’s people, and a place for private citizens to create public identities. According to his Facebook profile, Zuckerberg has three sisters (Randi, Donna, and Arielle), all of whom he’s friends with. Zuckerberg cites “Minimalism,” “Revolutions,” and “Eliminating Desire” as interests. Zuckerberg’s Facebook friends have access to his e-mail address and his cell-phone number. Since late August, it’s also been pretty easy to track Zuckerberg through a new Facebook feature called Places, which allows users to mark their location at any time. Zuckerberg may seem like an over-sharer in the age of over-sharing. The world, it seems, is responding. Despite his goal of global openness, however, Zuckerberg remains a wary and private person. Some kids played computer games.

If You Tell Them On Facebook, They Will Come...Again and Again In continuing to look at the way that Facebook has become a driving force behind online news consumption, Heather Hopkins of Hitwise has dove into the numbers again, this time examing how Facebook users compare with others in return visits. According to Hopkins' article, Facebook not only drives a high amount of traffic, higher than Google News, but its users are far more loyal, as well. Hopkins took a look at the data earlier this month, noting that Facebook drives three times as much traffic to broadcast than Google News, and now we find that these users are also repeat offenders. Hitwise data indicate that visitors from Facebook are more loyal to News and Media websites than are visitors from Google News. Why do we care about this metric? Hopkins doesn't get into the "why" behind the numbers, but we'd be willing to wager that it has something to do with a few reasons.

YOUmoz - Facebook Marketing: Ultimate Guide Howdy SEOmoz fans! It is an overused practice to start from some "shocking" stats and dissertate on how Facebook is powerful and important for business. So, I will just consider you all know what is Facebook and how cool it is. What you're about to read is a step-by-step SMM strategy for promoting your business on Facebook. Where To Start? 1. First of all, don't use your personal account to promote your business, unless you want your customers to see your childhood pictures and lulz from the recent party. Power Tip: Create a separate e-mail account in Gmail and import all the e-mail addresses of your clients there. 2. Promotion on Facebook is all about having a page for your business. Power Tip: "Page Name" is one of the the strongest ranking factors on Facebook search. Configuring Your Facebook Page 1. Profile picture is one of the few things in the design of your page that you can actually customize, so be sure to make the most of it. 2. 3. 4. 5. What To Expect? 1. 2. 3. 4. 5. 6. 7. 8.