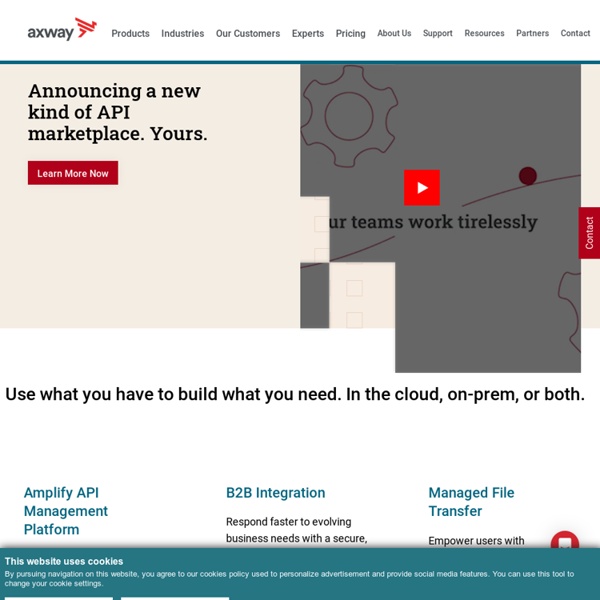 Adobe Edge Reflow - Aaron Shekey Reflow is a design tool for the web. It offers traditional, visual tools for laying things out on a fluid canvas. Its canvas just happens to be the browser. Reflow, like most apps, started as a sketch. OpenProj Open Source Project Management Software — Serena Software OpenProj is a free and powerful open source desktop alternative to Microsoft Project. Serena released OpenProj in 2008 as an open source code project. OpenProj is no longer supported by Serena. Please visit the SourceForge website to find out more. OpenProj provides project managers the rich functionality they expect, including Gantt charts, WBS and more - minus the costs of commercial desktop tools. Rich functionality

Template Shortcodes - DreamCodes Framework v1.25 Shortcodes are pre-defined HTML/CSS codes. By adding a few line lines of codes to your webpages you can embed YouTube videos, add clickable buttons, twitter feeds or stylize your HTML tables! These are just some of the 1500+ shortcode functions available in the DreamCodes HTML Framework. Top Books to Read as a Graphic Designer Advertisement Many experienced graphic designers somehow regret their time in design school. After ten years in the industry, a routine slowly sets up, you often work on the same projects and it makes it hard to feel as excited as you were when studying graphic design. For me, grabbing a graphic design book is one of the ways I use to re-create some of this initial enthusiasm.

How Much Should a Web Design Cost It can be exciting to get started on a new business, and in a lot of ways, the web has made it easy to get a new business website off the ground quickly and with very little cash. Here is a common scenario for small business owners (all prices are estimates): I’ve got a great idea for a website, and the perfect domain name for it is available! ($10)I’ll get a decent web hosting package, with a good price. ($150 for two years of hosting, pre-paid) I’m going to use WordPress, and this theme is perfect. ($40)

Knight Lab Projects Northwestern University Knight Lab builds software that helps inform and engage the public. Our projects range from professionally developed products used by newsrooms around the world to experimental prototypes that predict voting behavior, recommend content, and track political rhetoric. As a Lab, not every idea grows in to a full-blown product. Some ideas are born, built, and die before being released to the public. Others move from a proof-of-concept built by students in a Northwestern classroom to the Lab for professional development and design and are then used by media makers around the world. You’ll find everything we’ve put at least a little development in to on these pages.

❍ IcoMoon - icon packs IcoMoon is striving to build and provide the best iconography and icon management tool for perfectionists. IcoMoon's icon library features only the very best icon sets out there. All of our icons are designed on a precise pixel grid. The IcoMoon app lets you build and use your own icon sets in different formats including SVG, icon font or simple PNG/CSS sprites. IcoMoon was first built and released back in the November of 2011. Since its release, it has changed the way icon fonts (and icons in general) are being used in web today.

Solving the “princess on a graph” puzzle This post is about the best logic puzzle I’ve seen in absolutely ages. It’s easy to explain and doesn’t require any silly tricks, but has a decent amount of depth to it and challenges your intuition. I’m going to present the puzzle, an extended version of the puzzle, and a general solution to the extended version. The “classic” puzzle was told to me by David Cushing, who was told it by Alistair Bird, who himself found it on the MathOverflow “math puzzles for dinner” thread.

jQuery Photoset Grid - Style Hatch A simple jQuery plugin to arrange images into a flexible grid, based on Tumblr's photoset feature. Originally the plugin was created for our Style Hatch Tumblr themes as a way to use the photoset grid in responsive layouts, but we have since expanded it for use outside of the themes. Demos & Usage Modeling an Awesome High Poly Stylized Rifle in 3D Studio Max In this tutorial by Stefan Surmabojov, you'll learn how to model a detailed high poly rifle in 3D Studio Max. Stefan will walk you through the creation of each part using various poly modeling and hard surface techniques. You'll learn how to add edge loops in strategic areas to gain greater control over each element when subdivision is later added. Additional Files/ Plugins:Download the High-Res Images for this tutorial Step 1 Create a Tube (Create > Geometry > Tube) with 25 Sides and 1 Height Segment.

Social Networks Photo Stream Free jQuery Plugin Display photo stream on your web page from eight social networks including picasa, pinterest, dribbble, instragram, deviantart, flickr, youtube or regular news page. It's pretty simple to use and requires jQuery library. Only thing you need is to make a div with a class of the social network that you wish to show images from and call the plugin at the bottom of the page. You can set the number of images you wish to show. Size of the images displayed can be defined using simple css. When plugin loads, it makes one unordered list.

Design mobile apps with user testing in InVision Thoughts on users, experience, and design from the folks at InVision. We’re excited to introduce the first in a series of usability testing features in InVision—mobile user testing (beta). Now, you can have users test your prototypes directly from their iPhone while recording their interactions, seeing their faces, and hearing their voices. Plus, it’s absolutely free and unlimited—forever! 15 Free HTML5 Audio Players For Your Website and Blogs HTML5 is sure to be a big hit this year as far as web design trends go, and rightfully so. It’s new, exciting, easy to understand and better than anything that has come before it. Up until recently, we have had to navigate a grey area in terms of compatibility and definition, and as a result, many of the early adoptions of HTML5 have been partial or complete disasters. The first thing to understand is where HTML5 ends and CSS3 begins.