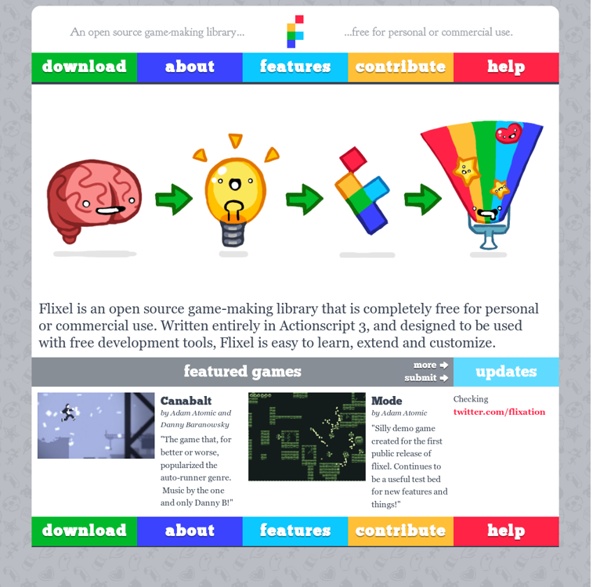 ActionScript: The Definitive Guide | O&#039;Reilly Media I've been working and experimenting with Flash ActionScript as far back as the early days of version 4. Although I am (and will forever remain) a Flash designer in essence, I've always been keen on developing my programming skills and pushing the envelope of what Flash can do as far as possible. Flash 5 ActionScript was a joy to behold, but with sub-standard documentation from Macromedia and a series of unsatisfactory and mostly egocentric books from many independent writers, I, like all ActionScript warriors, had to rely on scattered online resources, trial and error, and long hours of .FLA dissecting as the best available source of knowledge and training. Enter Colin Moock's ASDG. Although I was already a long-time frequenter of Moock's site and held much respect for the man's knowledge and approach, I still had doubts about whether that would necessarily warrant a good book author. ASDG arrived at my desk early in the morning four days ago.

Simon Jackson's Blog - Mastering Unity 2D Game DevelopmentAnimation Curves The following blog post, unless otherwise noted, was written by a member of Gamasutra’s community. The thoughts and opinions expressed are those of the writer and not Gamasutra or its parent company. In the run up to the launch of my first published title (a book this time) I’ve done some short snippets from some of the many exciting things you will learn within its pages. The sample project and code for this snippet can be found here: – AnimationCurves.zip *Edit – seems only 5 minutes since I posted this article and already we fine other useful frameworks to assist with using AnimationCurves on their own. Mastering Unity 2D Game Development The book was an interesting challenge for me and is written with the same flair I use within my blog, I have always felt it’s better to educate and show you, not only how to do things but also why you should do it one way over another, plus if there are any alternatives, I’ll point them out. Here’s what you should expect from the title: Animation Curves

Games | Elegy-Educators Over 200 academic institutions are now using Elegy in the classroom. If you are interested in purchasing academic licenses, please e-mail us at support@dejobaan.com. Explore distant worlds inspired by the works of British Romantic era poets, and write fiction about the people who once lived there. For creative writing classes, Elegy inspires students to write stories, poems, and songs by combining a loose narrative framework with hand-painted art and rich soundscapes. In English as a second language (ESL) classes, students practice their grammar skills by entering short phrases into fill-in-the-blank sections that serve as the narrative framework. “One of my students has dyslexia and struggles with reading and writing. Dejobaan is working with educators in K-12, ESL, and university programs to develop lesson plans. The game launched on December 10th 2011 for Windows, Mac, and Linux on Steam. What is Steam? How do I install the game with a Steam key? Help!

DelphiForFun Home From Game Design Elements to Gamefulness: Defining Gamification The proceedings of the 2011 MindTrek conference are finally online in the ACM Digital Library, and with it, the paper I co-wrote with Rilla Khaled, Dan Dixon, and Lennart E. Nacke on “defining the damn thing” – that thing being “gamification,” of course. Here’s the abstract: Recent years have seen a rapid proliferation of mass-market consumer software that takes inspiration from video games. Usually summarized as “gamification”, this trend connects to a sizeable body of existing concepts and research in human-computer interaction and game studies, such as serious games, pervasive games, alternate reality games, or playful design. However, it is not clear how “gamification” relates to these, whether it denotes a novel phenomenon, and how to define it. Here’s the link to the ACM digital library download: Here’s a download. And here’s the presentation: From Game Design Elements to Gamefulness: Defining “Gamification” Reference

Quest - Write text adventure games and interactive stories Quest lets you make interactive story games. Text adventure games like Zork and The Hitchhiker's Guide to the Galaxy. Gamebooks like the Choose Your Own Adventure and Fighting Fantasy books. You don't need to know how to program. Watch a quick screencast ...and you're free No restrictions. This means you can download and modify the Quest source code, and do whatever you want with it. You can sell the games you make with Quest. You don't need to ask for permission - you already have it. Get started quickly You don't need to know how to program to use Quest. Everything about your game is displayed in plain English, but the source code to your game is also viewable and editable for the more technically minded. A full tutorial is included, and help is always available on our forums. Ever wanted to... Ever wanted to create your own game, but were put off by complicated programming languages? Want to get into game writing, or prototype game narrative before turning it into something bigger?

SQLZOO Learn SQL using: SQL Server, Oracle, MySQL, DB2, and PostgreSQL. Reference: how to... How to read the data from a database. 2 CREATE and DROP How to create tables, indexes, views and other things. 3 INSERT and DELETE How to put records into a table, change them and how to take them out again. 4 DATE and TIME How to work with dates; adding, subtracting and formatting. 5 Functions How to use string functions, logical functions and mathematical functions. 6 Users How to create users, GRANT and DENY access, get at other peoples tables. 7 Meta Data How to find out what tables and columns exist. 8 SQL Hacks Some SQL Hacks, taken from "SQL Hacks" published by O'Reilly 9 Using SQL with PHP on Amazon EC2 servers Video tutorials showing how to run MySQL, PHP and Apache on Amazon's EC2 cloud servers. 10 An introduction to transactions Video tutorials showing how sessions can interfere with each other and how to stop it. 11 Using SQL with C# in Visual Studio