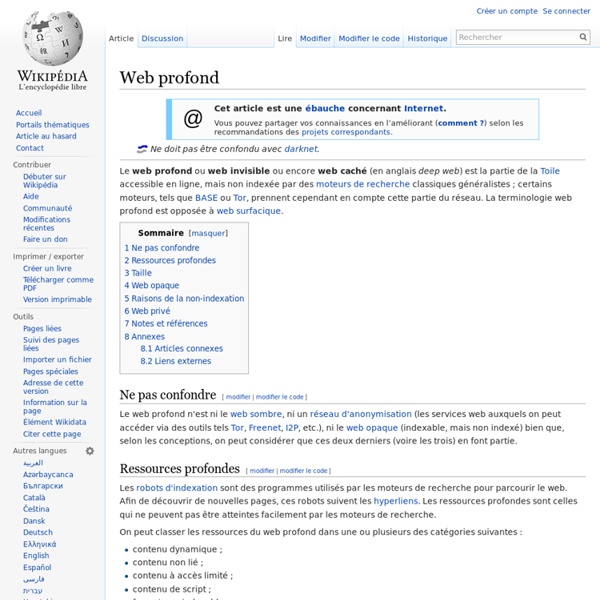 The 7 Privacy Tools Essential to Making Snowden Documentary CITIZENFOUR What needs to be in your tool belt if you plan to report on a massively funded and ultra-secret organization like the NSA? In the credits of her newly released CITIZENFOUR, director Laura Poitras gives thanks to a list of important security resources that are all free software. We've previously written about CITIZENFOUR and Edward Snowden's discussion of his motivation to release closely guarded information about the NSA. DNS 101 DNS (Domain Name System) You likely have many applications running on your laptop right now, and chances are some of them require an external resource or piece of data that will be retrieved from across a network. In order for your applications to access these resources they need to know their location.

How Ada Lovelace and Charles Babbage Invented the World’s First Computer: An Illustrated Adventure in Footnotes and Friendship In 1843, Ada Lovelace — the only legitimate child of the poet Lord Byron — translated a scientific paper by Italian military engineer Luigi Menabrea titled Sketch of an Analytical Engine, adding seven footnotes to it. Together, they measured 65 pages — two and half times the length of Menabrea’s original text — and included the earliest complete computer program, becoming the first true paper on computer science and rendering Lovelace the world’s first computer programmer. She was twenty-seven. About a decade earlier, Lovelace had met the brilliant and eccentric British mathematician Charles Babbage who, when he wasn’t busy teaming up with Dickens to wage a war on street music, was working on strange inventions that would one day prompt posterity to call him the father of the computer. (Well, sort of.)

This is what a Tor Supporter looks like: Laura Poitras The first thing that Laura Poitras has to say about Tor is that she couldn’t have made Citizenfour without it. “There’s no way I would have been able to protect the initial source without using Tor,” she says. “Fundamentally, without Tor and other free software tools I wouldn’t have been able to do the reporting, and the story would not have been broken.” Terminal Debugging Utilities IntroductionPrerequisites Utilities top: check running processes for cpu and memory utilisationps: see what processes are runningstrace: monitor interactions between processeslsof: list of open filesnetstat: monitoring network trafficifconfig: configure or review your network interfacesiftop: monitors network traffic and displays table of bandwidth usageiptraf: monitoring network traffic (more visual than netstat, not as detailed)tcpdump: network packet snifferwireshark: network packet sniffer and analyser (gui)tshark: network packet sniffer and analysertelnet: utility for communicating with another hostHonorable mentionsConclusion Introduction Not all programmers need to get their hands dirty and have to dig deep into what exactly their applications or services are doing at a lower/network level. This is why programmers work with programming languages, as they provide a nice high-level abstraction layer that protects us from a lot of these concerns.

Connection Machine Thinking Machines CM-2 at the Computer History Museum in Mountain View, California. One of the face plates has been partially removed to show the circuit boards inside. The Connection Machines were a series of supercomputers that grew out of Danny Hillis's doctoral research at MIT in the early 1980s on alternatives to the traditional von Neumann architecture of computation. The Connection Machines (CMs), beginning with CM-1, were originally intended for applications in artificial intelligence and symbolic processing, but later versions found greater success in the field of computational science. Origin of idea[edit] Danny Hillis and Sheryl Handler founded Thinking Machines (TMC) in Waltham, Massachusetts in 1983, later moving it to Cambridge, MA.

Who uses Tor? Tor was originally designed, implemented, and deployed as a third-generation onion routing project of the Naval Research Laboratory. It was originally developed with the U.S. Navy in mind, for the primary purpose of protecting government communications. Today, it is used every day for a wide variety of purposes by the military, journalists, law enforcement officers, activists, and many others. Here are some of the specific uses we've seen or recommend. Setting Up A Render Farm What and Why? A render farm is simply a collection of networked computers that work together to render a sequence in less time. By dividing your sequence between multiple machines your total render time becomes a fraction of what it is on a single computer.

Quantum Supremacy and Complexity Gil Kalai is a popularizer of mathematics as well as a great researcher. His blog has some entries on Polymath projects going back to the start of this year. He has just contributed an article to the May AMS Notices titled, “The Quantum Computer Puzzle.” Today we are happy to call attention to it and give some extra remarks. The article includes a photograph of Gil with Aram Harrow, who was his partner in a yearlong debate we hosted in 2012.

The History of the URL On the 11th of January 1982 twenty-two computer scientists met to discuss an issue with ‘computer mail’ (now known as email). Attendees included the guy who would create Sun Microsystems, the guy who made Zork, the NTP guy, and the guy who convinced the government to pay for Unix. The problem was simple: there were 455 hosts on the ARPANET and the situation was getting out of control. This issue was occuring now because the ARPANET was on the verge of switching from its original NCP protocol, to the TCP/IP protocol which powers what we now call the Internet. With that switch suddenly there would be a multitude of interconnected networks (an ‘Inter... net’) requiring a more ‘hierarchical’ domain system where ARPANET could resolve its own domains while the other networks resolved theirs.

How Ada Lovelace, Lord Byron’s Daughter, Became the World’s First Computer Programmer Augusta Ada King, Countess of Lovelace, born Augusta Ada Byron on December 10, 1815, later came to be known simply as Ada Lovelace. Today, she is celebrated as the world’s first computer programmer — the first person to marry the mathematical capabilities of computational machines with the poetic possibilities of symbolic logic applied with imagination. This peculiar combination was the product of Ada’s equally peculiar — and in many ways trying — parenting. Eleven months before her birth, her father, the great Romantic poet and scandalous playboy Lord Byron, had reluctantly married her mother, Annabella Milbanke, a reserved and mathematically gifted young woman from a wealthy family — reluctantly, because Byron saw in Annabella less a romantic prospect than a hedge against his own dangerous passions, which had carried him along a conveyer belt of indiscriminate affairs with both men and women. Ada was never to meet her father, who died in Greece the age of thirty-six. Ada was eight.

On the Internet, nobody knows you're a dog Peter Steiner's cartoon, as published in The New Yorker History[edit] Peter Steiner, a cartoonist and contributor to The New Yorker since 1979,[5] said the cartoon initially did not get a lot of attention, but that it later took on a life of its own, and he felt similar to the person who created the "smiley face".[1] In fact, Steiner was not that interested in the Internet when he drew the cartoon, and although he did have an online account, he recalled attaching no "profound" meaning to the cartoon; it was just something he drew in the manner of a "make-up-a-caption" cartoon.[1] In response to the comic's popularity, he stated, "I can't quite fathom that it's that widely known and recognized