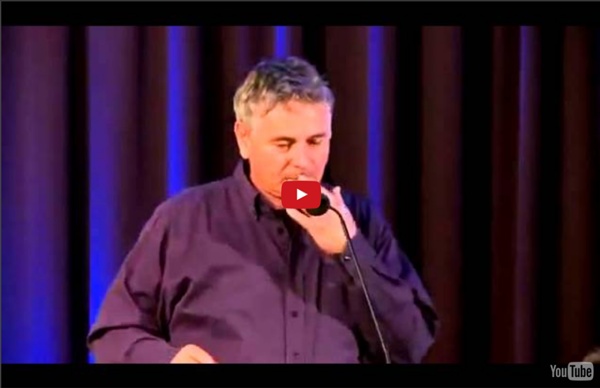 7,000-Year-Old Lost Egyptian City Found By Archaeologists Egyptian archaeologists have excavated parts of what they believe to be a 7,000-year-old city along the River Nile. Preliminary evidence suggests that the city could have been part of the first capital of one of the earliest Egyptian empires. Found to be just 400 meters (0.25 miles) from the Temple of Seti I in the sacred city of Abydos, the team has so far unearthed fragments and remnants of houses, tools, utensils and at least 15 graves. Judging by the size and craftsmanship evident in the burial sites, the dead were likely to be have had a prominent social status. Abydos was once the capital of a truly ancient Egyptian kingdom. It contains a royal necropolis where early pharaohs were entombed.

Top 10 Mind-Blowing Movies One Must See Source: www.learning-mind.com | Original Post Date: August 7, 2013 – Here is a short list of the best movies that open your mind and alter your perception of reality. 1. An Ancient Device Too Advanced To Be Real Gives Up Its Secrets At Last Though it it seemed to be just acorroded lump of some sort when it was found in a shipwreck off the coast of Greece near Antikythera in 1900, in 1902 archaeologist Valerios Stais, looking at the gear embedded in it, guessed that what we now call the “Antikythera mechanism” was some kind of astronomy-based clock. He was in the minority—most agreed that something so sophisticated must have entered the wreck long after its other 2,000-year-old artifacts. Nothing like it was believed to have existed until 1,500 years later.

Etruria: The Black Etruscans, Malta and the Phoenicians New!! - Chronologically complete Black History in Europe at a glance - A Synopsis <<< Click >>> 300+ Mind Expanding Documentaries Source: www.diygenius.com | Original Post Date: January 12, 2014 – I watch a lot of documentaries. I think they are incredible tools for learning and increasing our awareness of important issues. The power of an interesting documentary is that it can open our minds to new possibilities and deepen our understanding of the world. On this list of mind expanding documentaries you will find different viewpoints, controversial opinions and even contradictory ideas.

Disclosure of classified X documents and archaeological Aztec origin objects found in Ojuelos de Jalisco, Mexico. A helmet-shaped head of Alien, etched in stone tablets of gold and silver, which can be recognized in engraved details – how astronauts that traveling in space ships with other ships scenes actually looks like. Also you can observe comets and planets there. Front View The Mexica or Aztecs were a people of the Nahuatl culture that existed in the area of Mesoamerica from the twelfth to the sixteenth century. These people are called themselves Mexica (pronounced meshicas) or tenochcas (inhabitants of Tenochtitlan).

The Best Science Documentaries on Netflix in May, Ranked Sure, Netflix has a bevy of cheesy rom-coms, sexy capers, and superhero content. But, it can also boast a number of visually stunning science documentaries on everything from microbes to food to our personal favorite — space. Whether you need some fun facts for a cocktail party or have a dire need to debate with people on Facebook, these Netflix documentaries are sure to give you a solid dose of trivia, and then some. 7. EWAO The discovery of the century: Have researchers found the mythical Hall of Records? Ivan Ivan has been part of the team at Universe Explorers since February 2015.He is a freelance writer, editor-in-chief of ancient-code.com He also writes for Svemir Online and Ancient Origins.History, Archaeology, Space and world’s mysteries are some of the topics he writes about.You can follow Ivan on Facebook" Latest posts by Ivan (see all)

9 Sci-Fi Movies That Will Profoundly Change Your Perspective On Life Source: www.learning-mind.com | Original Post Date: March 13, 2016 – Here is a list of some of the most influential and thought-provoking sci-fi movies of all time. They will certainly rock your world and make you question your way of thinking and believing in what is possible. These sci-fi movies had a great impact on me the first time I watched them and, to be honest, I’ve re-watched them several times in a state of awe. They will surely have the same effect on you too and influence you to develop a different perspective on the way you observe life and the very foundations of reality.

Ancient Sumerian Writings Reveal The Earth Was Ruled By Eight Immortal Kings For 241,200 Years More than a dozen copies of a mysterious text referred to as the Sumerian King Lists have been uncovered over the years by archaeologists in regions as disparate as ancient Babylon, Susa, and Assyria. They are all believed to be copies of a single original manuscript which is thought to have been written during the Third Dynasty of Ur by most historians, although some believe it might have been written even earlier. The best-preserved example of this ancient text is called the Weld-Blundell Prism and is on public display in the Ashmolean Museum. The Sumerian King Lists have baffled historians ever since they were uncovered by modern human beings.