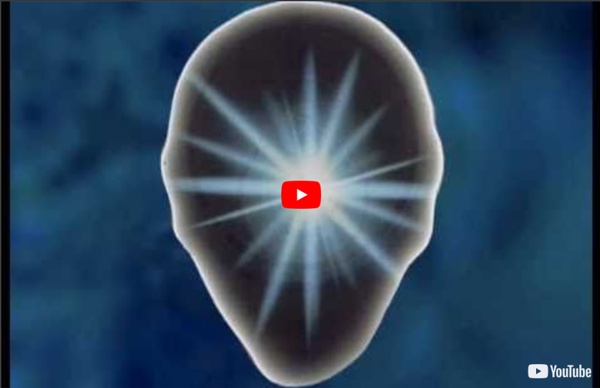 How to Deal With Old, Repressed Memories : Personal Development with Fred Tracy Suddenly, I find myself standing in line, surrounded by a seemingly familiar cafeteria. I’m waiting my turn to order food. As I get closer and closer to the front of the line, I feel a vague sense of anxiety coming on. I have the distinct feeling that I don’t want to waste anyone’s time – that I must be ready. I absolutely have to be ready. I look ahead of me at the menu and mentally rehearse what I want, over and over. Why Physicists Are Saying Consciousness Is A State Of Matter, Like a Solid, A Liquid Or A Gas — The Physics arXiv Blog There’s a quiet revolution underway in theoretical physics. For as long as the discipline has existed, physicists have been reluctant to discuss consciousness, considering it a topic for quacks and charlatans. Indeed, the mere mention of the ‘c’ word could ruin careers.

The Human Experience The human experience of cosmometry is as vast as the innumerable volumes of books we've written over the millenia describing what it's like to live in this universe of constant change and epic proportions. Our bodies and the environment in which we live are synergetically united in a continuous interchange of energy and consciousness — "reality" and our "perception" of it. And as with all things in the cosmos, our bodies and awareness of life within us and without us have the same fundamental relationship to the source and to each other, as is natural in a holographic cosmos. What follows is a simple introduction to the human experience of cosmometry. The One Point

Our brains are wired so we can better hear ourselves speak, new study shows Like the mute button on the TV remote control, our brains filter out unwanted noise so we can focus on what we’re listening to. But when it comes to following our own speech, a new brain study from the University of California, Berkeley, shows that instead of one homogenous mute button, we have a network of volume settings that can selectively silence and amplify the sounds we make and hear. Activity in the auditory cortex when we speak and listen is amplified in some regions of the brain and muted in others. In this image, the black line represents muting activity when we speak. (Courtesy of Adeen Flinker)

12 Things Happy People Do Differently post written by: Marc Chernoff Email by Jacob Sokol of Sensophy Dave Pruett: Science vs. Pseudoscience "Science does not need mysticism and mysticism does not need science, but [humans need] both." -- Fritjof Capra A conflict between "science" and "pseudoscience" is now playing out on the national stage, including in the Huffington Post. The conversation is long overdue. I speak of the recent flap surrounding two TED lectures on the nature of consciousness -- by Rupert Sheldrake and Graham Hancock -- that were initially removed from YouTube because TED's scientific curators deemed them "pseudoscience."

Geometrical Psychology: Benjamin Betts’s 19th-Century Mathematical Illustrations of Consciousness by Maria Popova “Imagination receives the stream of Consciousness, and holds apart and compares the different experiences.” “What makes a mathematician is not technical skill or encyclopedic knowledge,” Paul Lockhard recently wrote, “but insatiable curiosity and a desire for simple beauty.” But what if this mathematical curiosity and desire for beauty were applied to questions that have perplexed scientists and philosophers for millennia — questions about consciousness, what it is, how it works, and how it shapes our lives? That’s precisely what New Zealander Benjamin Betts set out to do in the 19th century with his unusual diagrams of consciousness, collected in the 1887 tome Geometrical Psychology, or, The Science of Representation (public domain), a predecessor to Julian Hibbard’s geometric diagrams of love. Editor Louisa S.

Integral theory Integral theory, a philosophy with origins in the work of Sri Aurobindo and Jean Gebser, and promoted by Ken Wilber, seeks a synthesis of the best of pre-modern, modern, and postmodern reality.[1] It is portrayed as a "theory of everything,"[2] and offers an approach "to draw together an already existing number of separate paradigms into an interrelated network of approaches that are mutually enriching."[1] It has been applied by scholar-practitioners in 35 distinct academic and professional domains as varied as organizational management and art.[1]

20 Things to Stop Doing to Others post written by: Marc Chernoff Email There is one key factor that can either damage your relationships or deepen them. That factor is your attitude. If you’re hoping to grow and maintain positive relationships in your life, read on. Below you will find a 20 step attitude adjustment guaranteed to help you do just that.

Consciousness: The what, why and how (Image: Nate Kitch) THERE are a lot of hard problems in the world, but only one of them gets to call itself "the hard problem". And that is the problem of consciousness – how a kilogram or so of nerve cells conjures up the seamless kaleidoscope of sensations, thoughts, memories and emotions that occupy every waking moment. The intractability of this problem prompted British psychologist Stuart Sutherland’s notorious 1989 observation: "Consciousness is a fascinating but elusive phenomenon… Nothing worth reading has been written on it." The hard problem remains unsolved. Yet neuroscientists have still made incredible progress understanding consciousness, from the reasons it exists to the problems we have when it doesn’t work properly.

“Consciousness Creates Reality” – Physicists Admit The Universe Is Immaterial, Mental & Spiritual “Consciousness creates reality,” a statement that has gained a lot of attention across various alternative media outlets around the world. Make no mistake, consciousness has been (for quite some time) studied by numerous scientists, especially in its relation to quantum physics and how it might be correlated with the nature of our reality. What is consciousness? Consciousness includes a number of things.