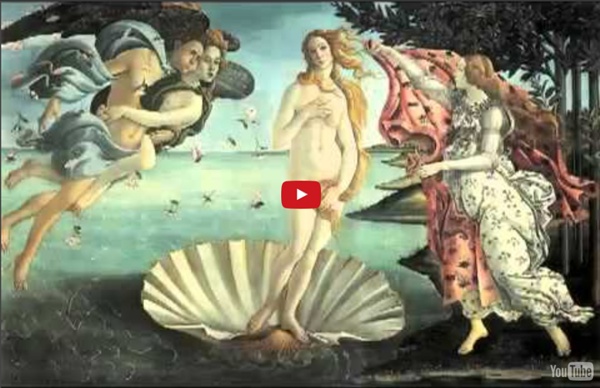 Related:  Most Interesting Documentaries • You Should Know This • Spirit and Spiritual World

10 Amazing and Interesting Facts About The Human you did'nt know.. - Mind Blowing Facts 1. Rare Natural Hair Color Natural red color of hair is the rarest hair color among all others in the world. If you do not belong to this small amount you still can find or develop some of your hidden talents to stand out from the crowd. 2. Sacred geometry As worldview and cosmology[edit] The belief that God created the universe according to a geometric plan has ancient origins. Plutarch attributed the belief to Plato, writing that "Plato said God geometrizes continually" (Convivialium disputationum, liber 8,2).

Best World War 2 Documentaries Thanks to the valiant efforts of television producers the world over (and a few dubious cable channels), you don't have to learn about the past through books. Instead, you can sit back, relax and have your history accompanied by genuine footage from the time. This is my list of the best World War 2 documentaries you can buy: some great series haven’t been released. 1. World at War: The Complete Set Geoengineering Whistleblower ~ Ex-Military ~ Kristen Meghan, Hauppauge, NY, January 18th, 2014 ***NEW LINK HERE*** -->>> NOTE: Please be patient as Kristen has received an overwhelming number of emails for lab requests and will answer them all as soon as possible. Kristen Meghan, Ex-Military, former Air Force Sr. Industrial Hygienist/Environmental Specialist. Her job was Air Force Specialty Code (AFSC) was 4BOX1, Bio-environmental Engineer. This presentation was produced, filmed and edited by John F.

Shield of the Trinity Earliest attested version of the diagram, from a manuscript of Peter of Poitiers' writings, c. 1210. The Shield of the Trinity or Scutum Fidei is a traditional Christian visual symbol which expresses many aspects of the doctrine of the Trinity, summarizing the first part of the Athanasian Creed in a compact diagram. In late medieval England and France, this emblem was considered to be the heraldic arms of God (and of the Trinity). Basic description[edit] This diagram consists of four nodes (generally circular in shape) interconnected by six links. BUSTED: Parents Catch FBI in Plot to Force Mentally Ill Son to Be a Right Wing Terrorist It’s become a near-weekly occurrence. Somewhere in some state, the FBI will announce that they’ve foiled yet another terrorist plot and saved lives. However, as the data shows, the majority of these cases involve psychologically diminished patsies who’ve been entirely groomed, armed, and entrapped by FBI agents.

The Cost of a Coke Coca Cola, we've found out, has actually been cooperating with paramilitaries in Colombia to execute workers in their own bottling plants that are trying to form unions and trying to demand better working conditions. So we've been able to bring this to the attention of Universities and say 'if Coca Cola doesn't stop doing this and if Coca Cola doesn't adopt different practices, then our University is no longer willing to have anything to do with Coca Cola. In the world of the Coca-Cola Company, whenever there's a union there's always a bust, whenever there's corruption there's always the real thing, yeah!! Justice Productions second release, The Cost of a Coke: 2nd Edition is the updated version to Matt Beard's first documentary, The Cost of a Coke.

DC Police Misconduct: Over 100 Arrested, 47 Convicted in Last 5 Years Daily Sheeple In the last month, three D.C. officers were accused in unrelated investigations involving child pornography, attempted murder and the running of a prostitution operation involving teenage girls. More than 100 officers have been arrested in the last 5 years in D.C.. Most of the arrests involved alcohol-related traffic offenses or domestic violence. Councilman Tommy Wells, who chairs the public safety committee, ran a hearing on Friday to address the issue. BYU places '9/11 truth' professor on paid leave PROVO — Brigham Young University placed physics professor Steven Jones on paid leave Thursday while it reviews his involvement in the so-called "9/11 truth movement" that accuses unnamed government agencies of orchestrating the Sept. 11, 2001, attacks on the World Trade Center. BYU will conduct an official review of Jones' actions before determining a course of action, university spokeswoman Carri Jenkins said. Such a review is rare for a professor with "continuing status" at BYU, where Jones has taught since 1985.