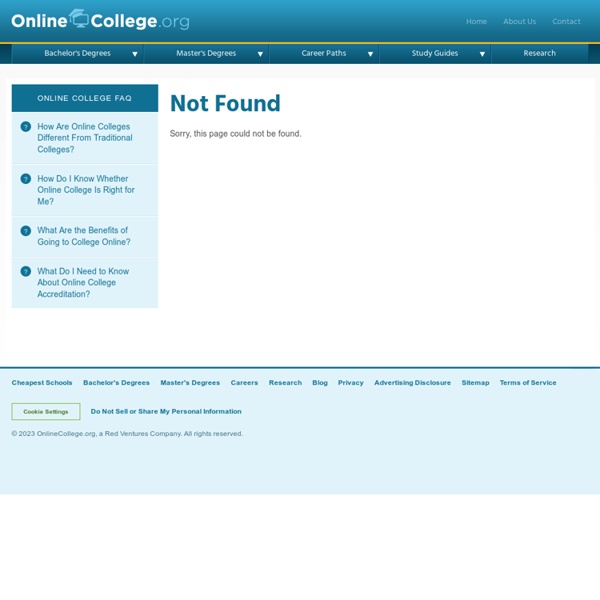 If you love history, or just want to learn more about it, YouTube has exactly what you need. Always up to the challege of providing thorough, accurate information, YouTube delivers channels from leading names in historical studies, from The Smithsonian to the Discovery Channel. You’re sure to find just the right information you need for your lecture, lesson plan, or perhaps just your personal viewing pleasure. General History These videos can give your students a better insight into historical events. Art History From ancient Greek sculpture to post-Modernism, YouTube has it all. The Smithsonian: Enjoy lectures by renowned experts covering the worlds of art, design, history, culture, science and technology.An Introduction to Art History: This is the introduction to a series of videos discussing art history. Music History How music has changed over the last several hundred years! Cultural History Anthropology is an amazing study with many interesting debates intertwined in theory. U.S. U.S.

The Sacred Geometry Of Music The Sacred Geometry Of Music by Andrew Lorimer Music uses the laws of vibration to manifest aurally what exists at the center of everything. Into our reality springs a non-visual harmonic law that is universal. The notes and intervals of music speak directly to the chakra centers and causes them to vibrate in harmony to the vibration of a string or vocal chords, speakers moving through the air, or the sound of someone’s lips making a farting noise through a metal tube. Music uses the laws of physics and mathematics to bring out an emotional response in the listener.

The Long March 1934 to 1935 The Long March saved Mao Zedong and the Communist Party from the attacks by the Guomingdang. The Long March came about when the Chinese Communists had to flee a concerted Guomingdang attacked that had been ordered by Chiang Kai-shek. In the autumn of 1933, the Guomindang leader Chiang Kai-shek launched a huge attack against the Communists who were then based in the Jiangxi and Fujian provinces in south-east China. The Guomindang was advised by the German general, Hans von Seeckt. He advised Chiang Kai-shek not to launch a full frontal attack on Jiangxi. 500,000 Guomindang troops surrounded Jiangxi in an attempt to strangulate the Communists. epic / Homepage - Te Kete Ipurangi (TKI) Kia ora and welcome to EPIC. EPIC is a venture between New Zealand libraries and the Ministry of Education, giving schools free access to a worldwide range of electronic resources. EPIC resources are purchased annually through the EPIC consortium on a subscription basis by the Ministry of Education for access by all New Zealand schools. What is available? Through EPIC schools can access databases containing curriculum related content from thousands of up-to-date, full text international and New Zealand magazines, newspapers, biographies, substantial reference works, images, e-books, multi-media resources and much more.

Unbelievable Skeletons Unearthed From The Catacombs Of Rome Back in 1578 came the fascinating discovery of a network of labyrinthine tombs, lurking deep beneath the street of Rome. The tombs were home to the decayed skeletons of early Christian martyrs – believed to be saints on account of their bravery & unwavering support of Christian beliefs. Many of these skeletons (given the name ‘The Catacomb Saints’ by those who first discovered them) were then distributed across Europe (predominantly Germany) as replacements for the countless holy relics which had been smashed, stolen or destroyed during the Protestant Reformation. Swedish divers unearth a 'Stone Age Atlantis': 11,000-year-old ancient settlement discovered under the Baltic Sea Divers found a harpoon, tools, horns and the bones of ancient cattle The bones belonged to the animal auroch last seen in the early 1600sArchaeologists believe these relics date back to the Stone AgeIt is said to be the oldest settlement in the area - dubbed Sweden’s 'Atlantis' By Victoria Woollaston Published: 16:06 GMT, 27 January 2014 | Updated: 17:16 GMT, 27 January 2014 Divers in Sweden have discovered a rare collection of Stone Age artefacts buried deep beneath the Baltic Sea.

10 Best Sites to Learn How to Code Quickly Web development has become a very important topic on the web these days and the internet has become the best source for developers to learn more about code. It is a very easy way and a very popular one and the developers can find important information related to anything on the internet very easily and do not have to face any kind of difficulty to lean new development ways. Web application development has some of its own unique features. Through the medium of the internet website developers can get a lot of information about the already existing applications and can very easily get to know about all the new tools very easily. Therefore the website owners can enhance their knowledge to great extent and can also in addition enhance the functionality of their respective website. Its our pleasure to share best and useful resources for web developers and designers.

ISN IB History I SL/HL - B. Stages of War Shot Heard Around The World After the assassination of the Archduke Franz Ferdinand and his wife, Sophie, in Sarajevo on 28th of June 1914, it did not take long before the system of alliances, which had previously held various countries in Europe in check, escalated the tensions between the nations involved. The July Crisis: The Assassination of the Archduke After reading, 'Assassination at Sarajevo', answer the three questions based on the assignment. The German response to the Austro-Hungarian ultimatum to Serbia can be seen in the telegram from Imperial Chancellor, von Bethmann-Hollweg to the German Ambassador at Vienna, Tschirschky.Homework Assignment Due: Read the response The Pledge Planand answer the following questions: 1.

For Teachers Do you want to use Gapminder tools in your classroom? Check out all our resources on this page and the downloads page to get started. For more info, contact our educational staff at mikael@gapminder.org and olof.granstrom@gapminder.org . Featured examples of Gapminder in education Enormous megaliths discovered in Siberia Click here to view the original image of 610x400px. By April HollowayHave enormous megaliths been discovered in Southern Siberia, or are they a rare product of nature?A series of incredible photographs have been released by Dr Valery Uvarov, Head of the Department of Palaeoscience, Palaeotechnology, and UFO Research of the National Security Academy of Russia, following an expedition to the mountains of Gornaya Shoria in Southern Siberia. 'Britain's Atlantis' found at bottom of North sea - a huge undersea kingdom swamped by a tsunami 5,500 years ago Divers have found traces of ancient land swallowed by waves 8500 years agoDoggerland once stretched from Scotland to DenmarkRivers seen underwater by seismic scansBritain was not an island - and area under North Sea was roamed by mammoths and other giant animalsDescribed as the 'real heartland' of EuropeHad population of tens of thousands - but devastated by sea level rises By Rob Waugh Published: 23:32 GMT, 2 July 2012 | Updated: 10:49 GMT, 3 July 2012 'Britain's Atlantis' - a hidden underwater world swallowed by the North Sea - has been discovered by divers working with science teams from the University of St Andrews. Doggerland, a huge area of dry land that stretched from Scotland to Denmark was slowly submerged by water between 18,000 BC and 5,500 BC. Divers from oil companies have found remains of a 'drowned world' with a population of tens of thousands - which might once have been the 'real heartland' of Europe.