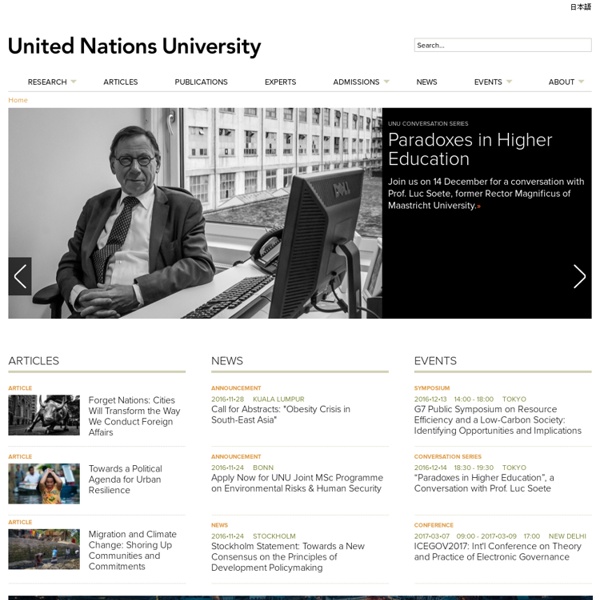 topuniversities Deakin University, Australia, is a top-rated university with world-class graduates. Industry-focussed degree programs and a strongly international outlook mean that Deakin graduates are ready for the global workplace. Deakin is ranked in the top 3% of universities worldwide and was named the 2014 International Educator of the Year by the Government of the Australian State of Victoria. The Connectome — Harvard School of Engineering and Applied Sciences Lead investigators Hanspeter Pfister (SEAS ), Jeff Lichtman (FAS/Molecular & Cellular Biology, Center for Brain Science) and Clay Reid (HMS/Neurobiology, Center for Brain Science) Description The overall goal of the Connectome project is to map, store, analyze and visualize the actual neural circuitry of the peripheral and central nervous systems in experimental organisms, based on a very large number of images from high-resolution microscopy. The proposing team from the Center for Brain Sciences has already demonstrated its capacity for, and expertise in, high-throughput imaging.

Harvard's prestigious debate team loses to New York prison inmates Months after winning a national title, Harvard’s debate team has fallen to a group of New York prison inmates. The showdown took place at the Eastern correctional facility in New York, a maximum-security prison where convicts can take courses taught by faculty from nearby Bard College, and where inmates have formed a popular debate club. Last month they invited the Ivy League undergraduates and this year’s national debate champions over for a friendly competition. A three-judge panel concluded that the Bard team had raised strong arguments that the Harvard team had failed to consider and declared the team of inmates victorious. “Debate helps students master arguments that they don’t necessarily agree with,” Max Kenner, the founder and executive director of the Bard prison initiative, told the Guardian. “It also pushes people to learn to be not just better litigators but to become more empathetic people, and that’s what really speaks to us as an institution about the debate union.”

Engineering Anomalies Research The Princeton Engineering Anomalies Research (PEAR) program, which flourished for nearly three decades under the aegis of Princeton University’s School of Engineering and Applied Science, has completed its experimental agenda of studying the interaction of human consciousness with sensitive physical devices, systems, and processes, and developing complementary theoretical models to enable better understanding of the role of consciousness in the establishment of physical reality. PEAR has now incorporated its present and future operations into the broader venue of the ICRL, a 501(c)(3) not-for-profit research organization, in addition to Psyleron—a company that provides Random Event Generator devices to enable the continued exploration of PEAR’s findings by the general public and research communities. On the accompanying menu of pages we have attempted to sketch the substance, spirit, and findings of this scholarly endeavor.

The 39 Greenest Universities of 2015 Ranking Methodology The list of 39 greenest colleges and universities below was generated using the STARS Participants & Reports database. Each of these higher-learning institutions has earned a ‘Gold’ rating from STARS, signifying an overall score of 65 to 84. (At this time, there are not any U.S. schools to have earned the ‘Platinum’ rating). In order to receive a Gold rating, an academic institution must earn points in the following areas: Brief Answers to Cosmic Questions Structure of the Universe Does the Universe have an edge, beyond which there is nothing? Are the galaxies arranged on the surface of a sphere? Why can't we see the whole universe?