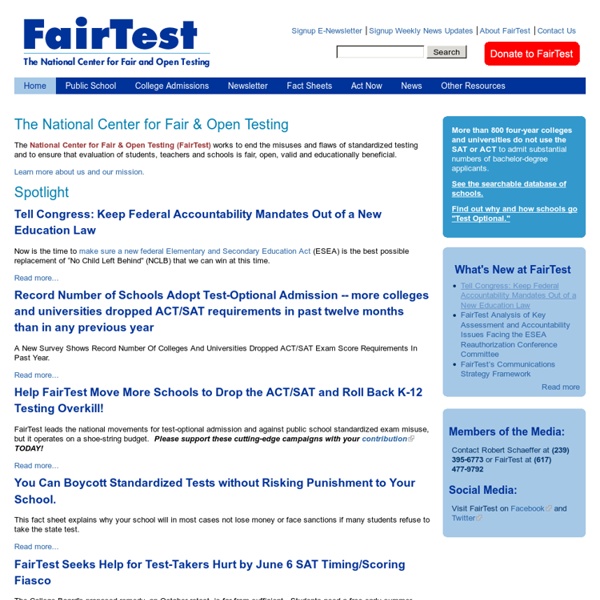 Four Financial Tips Every High School Senior and College Freshman Should Know | EdCircuit Photo credit: 401kcalculator.org by Afoma Okoye Financial planning is important for students seeking post-secondary education. Poor financial planning is one of the major reasons why students drop out of college. Fill out the FASFA The first step all students need to take during their senior year is to apply for FASFA. Federal student loans must be paid back after college graduation, or in the event that the student drops out of college. Students should talk to their parents about ways they can contribute money towards their own education. Some parents cannot afford tuition, but they can help by providing groceries, offering a home if their child wishes to commute, or they could help their child find local and national scholarships. Parents and student should be attentive to the interest rates on the loans. Focus on the college program, not the name of the college Apply for scholarships There are many scholarships for prospective college students. Do not feel pressured to attend college

Dear Parents - A Must Read by Donald Sternberg – School Leadership 2 Want to read more of this type of posting? If you are not already a member of School Leadership 2.0, why not join today? More than 5,900 concerned and dedicated educators around the globe have already done so. It's easy, just click here to get started. September 4, 2012 Dear Parents, On behalf of the teachers and staff of the Wantagh Elementary School, I would like to welcome you back to school. We are all enthusiastic about the arrival of our new superintendent, Mr. One significant issue as we move into this new school year is that we will, at times, find it difficult if not impossible to teach authentic application of concepts and skills with an eye towards relevancy. Unfortunately, if educators want to survive in the new, Albany-created bureaucratic mess that is standardized assessments to measure teacher performance, paramount to anything else, we must focus on getting kids ready for the state assessments. Standardized assessment has grown exponentially. Thank you. Don Sternberg, Ed.D.

Florida to measure student goals by race A plan by Florida to set goals for students in math and reading based on their race has educators and community activists furious in Palm Beach County and across the state. On Tuesday, the State Board of Education passed a revised strategic plan that says that by 2018, it wants 90 percent of Asian students, 88 percent of white students, 81 percent of Hispanics and 74 percent of black students to be reading at or above grade level. For math, the goals are 92 percent of Asian kids proficient, whites at 86 percent, Hispanics at 80 percent and blacks at 74 percent. It also measures by other groupings, such as poverty and disabilities. “To expect less from one demographic and more from another is just a little off-base,” said Juan Lopez, magnet coordinator at John F. Kennedy Middle School in Riviera Beach. Others in the community agreed with Lopez’s assessment. The waivers have been granted to free states from some federal regulations. “DOE (Department of Education) be damned,” she said. Math:

Congratulations to Class of 2014, Most Indebted Ever - The Numbers ByPhil Izzo As college graduates in the Class of 2014 prepare to shift their tassels and accept their diplomas, they leave school with one discouraging distinction: They’re the most indebted class ever. The average Class of 2014 graduate with student-loan debt has to pay back some $33,000, according to an analysis of government data by Mark Kantrowitz, publisher at Edvisors, a group of web sites about planning and paying for college. Even after adjusting for inflation that’s nearly double the amount borrowers had to pay back 20 years ago. Meanwhile, a greater share of students is taking on debt to finance higher education. The good news for the Class of 2014 is that they likely won’t hold the title of “Most Indebted Ever” very long. But as the debt burden of college graduates continues to rise faster than inflation, it begins to complicate the question of whether a bachelor’s degree is worth the expense. Zuma Press But will the debt associated with a college degree always be worth it?

School district eliminating No Child Left Behind school transfers Parents who had hoped to use the federal No Child Left Behind law to get their child out of one of Palm Beach County’s low-performing schools this year will no longer have that option, a school district official confirmed Tuesday. Chief Academic Officer Janis Andrews said that “effective immediately”, the district is no longer accepting new school transfer requests utilizing NCLB as their justification for switching schools — possibly leaving the parents of hundreds of students wondering what their next move will be for their kids education. Students who were already using the NCLB to switch schools as of last year will be “grandfathered” in, and allowed to continue but only until they finish at the school they are currently attending, Andrews said. As a result, elementary and middle school students using the law will have to go back to their home school when they graduate to the next level of school. “I think it’s something that time has come and gone,” Shaw said.

The Teacher’s Guide To Open Educational Resources You’ve probably heard about Open Educational Resources and maybe even used some in your classroom. But the world of OERs is growing constantly, with more quality resources available every day. If you aren’t taking advantage of them yet, now is a great time to take a closer look. What’s so great about OERs? Open Educational Resources are learning tools like textbooks, lesson plans, and other media that are in the public domain or openly licensed, meaning that use you can freely use and adapt them. You can also contribute your new, modified version of the work back to the public, making OERs a wonderful way for you and your students to share your work with other classrooms around the world. How can I tell whether a work is an OER? The easiest way to find out whether a work is an OER is to look for a Creative Commons (CC) license. Where to start Since anyone can create an OER and share it online, the field of resources available out there is constantly growing. Literature Math and Science

Teachers, school district can’t agree, quash Race to the Top... The Palm Beach County School District’s goal to win a federal grant worth up to $40 million is over before the application was even submitted. The decision was made Sunday afternoon, after school officials and representatives from the county’s teachers union could not come to an agreement over the Race to the Top grant proposal, according to a statement the district released Sunday evening. The Palm Beach County School Board had been expected to hold a special meeting Monday to vote on whether to approve the application, which would have been due Tuesday. Palm Beach County’s is not the only district struggling with whether to apply for the federal grant. For instance, Waterloo (Iowa) Community Schools decided not to compete after filing an intent to apply, saying it decided it was not as competitive as it would like to be. Meanwhile, school districts such as the Glendale (Calif.) “We’re not any worse off than we were before,” Wilhelm said.

School district needs to spend $12 million on computers for... The Palm Beach County School District will have to spend far more money on new student computers to meet state requirements over the next three than it expects to have available, officials said Wednesday. The district needs to have at least 25,000 computers by 2015 because the state is requiring computer-based tests such as end-of-course exams and the PARCC — Partnership for Assessment of Readiness for College and Careers tests — standardized tests that will replace the Florida Comprehensive Assessment Test by 2014, officials told the school board. That means the district will need to spend about $12 million and hope to have another $7 million in equipment donated to it, officials told the school board. District officials have worked out a plan with several top hardware and software companies — Dell, Intel, Microsoft — to donate about $7 million worth of computers, said LeAnne Evans, district treasurer.

Higher Education: The Facts, Risks, and True Cost Skyrocketing college costs make higher education seem like a pipe dream for many. In this article, we discuss the evolving facts and risks associated with getting a higher degree – and the true costs of going to college that no one is talking about. New FAFSA Rules As of January 1, 2014, the U.S. Department of Education laid down some new laws for parents who want to help their students with the Free Application for Federal Student Aid (FAFSA). Two unmarried parents who live together must file jointly. Tougher Parent PLUS Loan Requirements The federal Parent PLUS loan program provides fixed-rate loans to parents who want to help pay for tuition, room, board, books, and more. An unfortunate takeaway from this situation is that certain credit-based loan programs, including the Parent PLUS program, may not be viable options for your family, or shouldn’t be solely relied upon. Market-Based Student Loan Interest Rates The True Cost of Education That No One Is Talking About In Short

Firestorm Erupts Over Virginia's Education Goals As part of Virginia's waiver to opt out of mandates set out in the No Child Left Behind law, the state has created a controversial new set of education goals that are higher for white and Asian kids than for blacks, Latinos and students with disabilities. Virginia Democratic state Sen. Donald McEachin first read about the state's new performance goals for schoolchildren in a newspaper editorial. "And I was shocked to find that the state board of education [was] putting in place permanent disparities between different subgroups — Asians at the top, African-Americans at the bottom," says McEachin. Here's what the Virginia state board of education actually did. Alarmed by these numbers, McEachin and members of the Legislature's black caucus denounced the new policy as a "backwards-looking scheme." Rest assured, all of us hold all students to the same academic standards, but when it comes to measuring progress, we have to consider that students start at different points. Copyright 2014 NPR.